The Great Realignment is under way – that’s a good thing 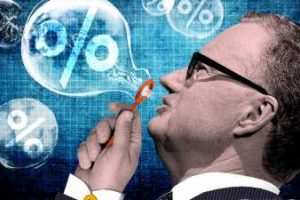 You can expect to hear a lot about rising inflation and interest rates in 2022.

No doubt that will sound scary to some, particularly mortgage-holders. But take heart. The alternative scenario – of continued ultra-low interest rates – is by far the more terrifying prospect and, touch wood, the one we look increasingly likely to avoid. 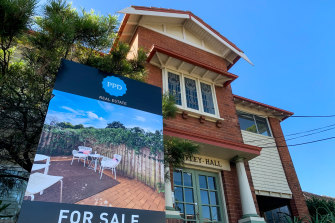 The era of zero interest is about to end.Credit:Peter Rae

For now, the inflation story is much more a global one than an Australian one. But a historic economic shift is underway, particularly in the United States, and it will eventually wash up here.

I’m dubbing it the “Great Realignment”. Like the Great Recession or even the Great Depression before that, I mean a period of time in which our economic fundamentals shift in a markedly different direction for a protracted period.

But unlike those two prior devastating periods, I’m talking about a welcome swing in the opposite direction – a historic right-sizing, or realigning, of the prevailing state of economic affairs back towards a more historically benign norm.

And if I’m right, it is very good news indeed.

It would mean the beginning of the end of an extra-ordinary and frankly terrifying period in which global interest rates fell to nearly zero.

Terrifying, because think for a moment about what a world of zero per cent interest really means.

Interest, of course, is a payment from borrowers to savers for the service of using their money for a period of time. An interest rate, then, is simply that interest charge expressed as a proportion of total funds owed. Borrowers are happy to pay interest because they are confident they can go off and put the money to more productive ends, like starting a business, which will earn a return in excess of the interest costs.

When interest rates fall, however, as they did over the past two decades, that is a troubling sign that there is a dearth of potential investors looking to borrow to invest. That is, savers are forced to accept a lower price for their service of lending money.

Our Reserve Bank governor, Philip Lowe, sketched this worrying scene recently: “The story for the past two decades – a decade and a half – has been very elevated appetite to save globally and a depressed appetite to invest.” 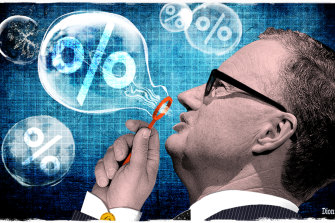 “So when everyone wants to save and no one wants to use your savings to build new firms, you get a low return on your savings. That’s the world we’ve been in. That’s really why we’ve had low interest rates up until the pandemic.”

So, where did all the productive investment opportunities go? Did they really vanish altogether and forever? Fortunately, the answer is no.

Starting at the beginning of last year, the global low-interest tide began to turn. Longer-term interest rates on wholesale markets began to rise. That is to say, where global investors once stared into the abyss and saw only darkness, they now glimpse opportunity. It’s worth paying to borrow again.

As part of this rising tide, the US Federal Reserve is expected to lift official interest rates this year.

That might sound like scary news, but it’s not. When interest rates start to rise from ultra-low levels, it’s actually a sign the balance between savers and investors is correcting itself, and policymakers are moving official interest rates to reflect that changed balance.

Higher interest rates, in this way, are not a portent of doom, but rather an indicator of rising faith in the future success of the entire capitalist project; namely, the ability of humans to invent novel ways to combine labour and capital to produce better products and services for consumers to consume – while also employing those very same consumers, leading to rising living standards for all.

The COVID pandemic has, of course, dealt a severe blow to all economies. But the truth is those economies were already on the ropes pre-COVID. By delivering a sharp shock to the global economic system, COVID could yet prove an important turning point.

COVID has certainly unleashed some of the same destructive power you might expect to see from a traditional recession. Unlike traditional recessions, it has also spurred a radical shift in the way humans work and live. Rarely have we witnessed a period in which there has been such widespread and rapid adoption of new technologies, such as teleconferencing, online shopping and home delivery services.

Sharemarkets have begun the new year in panic over the prospect of rising interest rates, particularly in the United States. But it is surely the alternative – of continued ultra-low rates, rising indebtedness and building asset bubbles – that would be the greater concern. Markets should eventually realise that a more sustainable economic recovery, built on rising investor faith in future investment opportunities rather than bargain-basement borrowing costs, is the better long-term prospect.

So don’t be fooled by scary headlines about inflation and interest rates. A return to normality is no bad thing, certainly not after the disruptions of the past two years.

It’s early days yet, and COVID setbacks are to be expected, but there is every reason to suspect a Great Realignment of economic fortunes has begun. And that would be a very welcome thing indeed.