These US Senators Are Leaving and Won’t Be Back 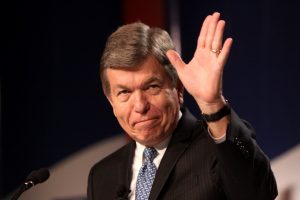 Politics has always been a dirty business. It has, it seems, gotten dirtier in the United States over the past half-decade. The divides between the two major parties are profound across a large list of issues, from voter rights to taxes. Some members of Congress have announced they will throw in the towel. Five of them are members of the Senate. As they leave, for various reasons, it is impossible to believe they eventually will run for reelection.

According to Ballotpedia, all five departing Senators are Republicans.

Richard Burr of North Carolina made his retirement announcement on July 29, 2016. Burr was first elected to the Senate in 2004. He has served the state in the House of Representatives beginning in 1995. Burr faced a possible scandal last year when he was accused of insider trading. During part of the investigation, he stepped down as the head of the Intelligence Committee. He was cleared on January 19. When Burr made the announcement, he said, “It’s real simple: I’m beginning to get old. I still look forward to getting back into the private sector before retirement even comes into the picture. I never envisioned retiring out of the Congress.” He was 60 at the time.

Pat Toomey of Pennsylvania is 59 now, which is young by U.S. Senate standards. He was a member of the House from Pennsylvania from 1999 until 2005. He joined the Senate in 2011. He was reelected narrowly in 2016. Toomey has had a bruising relationship with Donald Trump. He voted to convict Trump of “incitement of insurrection” when Trump was impeached the second time. When it first came to light he would retire, The Philadelphia Inquirer reported it was bad news for his party. “Toomey’s absence from the ballot in 2022 could also create an easier path for Democrats hoping to hold the governor’s office and flip his competitive Senate seat.”

Robert Portman of Ohio made his announcement just after the start of the New Year. Portman served in the House from 1993 until 2005 when George W. Bush named him U.S. Trade Representative. He also served Bush as Director of the Office of Management and Budget. He won his first run for Senate in 2010 and was reelected in 2016. Portman was on Mitt Romney’s shortlist for vice president in 2012. He was mentioned as a potential candidate in 2016 but did not run.  When he announced he would not run again, he did so with some regret about the political process in America. “If we just keep pushing out to the right and to the left, there’s not going to be much left in the middle to solve the real problems we face.”

Richard Shelby is among the oldest members of the Senate at 87. He is also the longest-serving Senator in Alabama’s history. He was first elected in 1986, as a Democrat, and changed parties in 1994. He was elected to the House in 1978. Over the course of his career in the Senate, he has chaired the Appropriations Committee; the Committee on Banking, Housing and Urban Affairs; and the Committee on Rules and Administration. When word leaked in February that he would not run again, members of the Republican party became alarmed. The AP reported, “…some in the state were still trying to get Shelby to change his mind out of concern about losing clout and worries that the senator might be replaced by a fringe candidate who would not be as effective.”

Roy Blunt of Missouri decided in March that he would not run for reelection. Blunt was elected to the House in 1996 and served as Whip from 2003 until 2009. He was elected to the Senate the following year and won reelection in 2016. Blunt is currently 71. He has had disagreements with the previous president. Immediately after the 2020 election, he said, “you can’t stop the count in one state and decide you want the count to continue in another state. That might be how you’d like to see the system work but that’s not how the system works.” He did not leave any clues about his planned departure when he made the announcement: “After 14 general election victories — three to county office, seven to the United States House of Representatives, and four statewide elections — I won’t be a candidate for reelection to the United States Senate next year.”

Click here to see how rich every U.S. Senator is.