Home » Economy » This Is the Most Educated City in America

This Is the Most Educated City in America 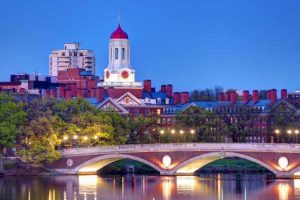 Education is the key to unlocking many advantages. The Census Bureau tracks education levels, particularly those with less than a high school degree, some college, less than a bachelor’s degree, a bachelor’s degree and education beyond college. The relationships between education, income, poverty and health are clear. Another factor that researchers often explore is how education is tied to location. While it is a generalization, residents of poor southern states, like Alabama, have education attainment below those in northeastern states.

The recent “US Cities With the Highest Education Rates” report from Hire A Helper also looked at the cities with the least education. The primary sources of data for the study were the 2019 U.S. Census Bureau’s American Community Survey and the Federal Reserve’s 2020 Economic Well-Being of U.S. Households Report. Cities were divided into groups by size. Each city was given a composite score of zero to 100.
Among the study’s major conclusions:

At the national level, there’s a relatively decisive notion that a college degree’s benefits outweigh the costs. However, that decisiveness has not led to an even distribution of college, graduate, and doctoral degrees across states. Research indicates that states in the northern U.S. have significantly higher levels of education than states in the South.

It should be no surprise that across all cities, regardless of population, the most educated are those with one or more major universities. The list is topped by Cambridge, Massachusetts, with a score of 100. It is home to the oldest university in America: Harvard. Harvard also tops most lists of the best universities in the country. Cambridge is also home to MIT, which is often in the top 20 institutions on the same lists.

Second on the list is Ann Arbor, Michigan, the home of the University of Michigan, which had a score of 99.4. It also ranks high among the best universities in America, and it is one of the largest, with an undergraduate count of nearly 32,000. This school has over 16,000 graduate students.

Click here to see America’s most and least educated states.