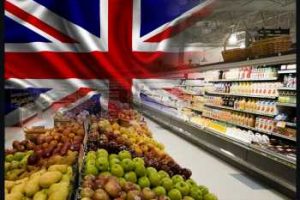 UK retail sales grew more than expected in November, driven by promotional sales as part of Black Friday and the early Christmas shopping, data from the Office for National Statistics revealed on Friday.

Sales were 7.2 percent higher than their pre-coronavirus February 2020 levels.
Meanwhile, the monthly growth in retail sales, excluding auto fuel, eased to 1.1 percent from 2 percent in October. Sales were forecast to climb 0.8 percent.

The strong growth in retail sales in November feels like a bit of a consolation prize for retailers who are now once again facing a difficult Christmas in light of the rapidly worsening Omicron outbreak, Bethany Beckett, an economist at Capital Economics, said.

On a yearly basis, retail sales grew 4.7 percent, in contrast to the 1.5 percent fall in October. Economists had forecast an annual increase of 4.2 percent.

Excluding auto fuel, retail sales were up 2.7 percent, reversing a 2.1 percent drop in the prior month and also better than the economists’ forecast of +2.4 percent.

Data showed that the proportion of retail sales online fell to 26.9 percent in November, its lowest proportion since March 2020, and a continuation of a falling trend since its peak in February 2021.