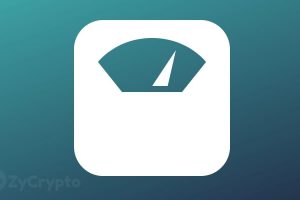 Ernst & Young (EY), a multinational firm named among the “big four” accounting companies, has announced that it has integrated Polygon (MATIC) to allow its clients to process transactions on the Ethereum blockchain network.

The firm has connected its in-house blockchain services, including EY OpsChain and EY Blockchain Analyzer, to the India-based Ethereum layer-2 scaling solution. This means that their clients can move transactions from the firm’s blockchain portal onto the public Ethereum mainnet through Polygon.

According to the official press release from the firm, this means EY can now offer its corporate clients faster and increased transaction volumes with predictable fees and settlement times. This, according to them, solves the concerns they and other users have had over the growing transaction fees that have accompanied the growing adoption of the Ethereum network.

Commenting on the announcement, Paul Brody, EY’s Global Blockchain Leader, said that the integration provides the firm with tools to speed up the integration of its clients on the Ethereum mainnet.

Polygon’s co-founder, Sandeep Nailwal added that EY’ commitment to Ethereum was the major factor that engineered the partnership while “No other organization has made the same scale of commitment to the ecosystem and to open systems, or brings the depth of technology that the EY organization has in this space,” he adds.

The integration is a validation of the strides Polygon has made in the Ethereum ecosystem. Polygon improves the functionality of the Ethereum blockchain by drastically increasing its network scalability and overall transaction speed.

The network also uses its own Proof-of-Stake (PoS) blockchain and Commit Chain connectivity to help scale the Ethereum network, and seeks to solve inefficiencies that may hinder widespread adoption of blockchain technology. This has already paid off as DeFi on the chain is growing. Reports indicate that there are more users of several DeFi platforms native to Ethereum on Polygon than on the mainnet Ethereum itself. SushiSwap, and Aave lead this trend.

According to DeFi Llama, the Total Value Locked on the Polygon network currently stands at $4.66 billion as of the time of this writing. This is up over 1,400,000% year to date as the TVL started the year with $324,727.

However, with Ethereum promising to bring more scalability and more predictable transaction costs when it migrates to a proof of stake or PoS protocol comes the ETH 2.0 upgrade, Polygon’s dominance may be short-lived. This has been noted by analysts too.

“Until ETH 2.0 is fully rolled out, layer 2 solutions are needed to create scalability on the Ethereum blockchain,” Nick Mancini, research analyst at crypto sentiment analytics platform Trade the Chain said.

Overall, with more prominent institutions investing in the underlying cryptocurrency technology, credibility is given to blockchain technology products as a whole.