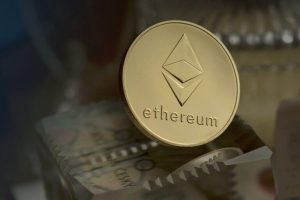 As you probably already know, on September 15, Ethereum completed its Merge upgrade, marking its transition from proof-of-work (PoW) to proof-of-stake (PoS).

Before the Merge, here is what Etheruem Foundation said about the the change in Ethereum’s energy consumption:

“Ethereum’s energy consumption will be reduced by ~99.95% following The Merge from proof-of-work (PoW) to proof-of-stake (PoS). After The Merge, Ethereum will use dramatically less carbon to be more secure.

“Since its inception, Ethereum has aimed to implement a proof-of-stake consensus mechanism, but doing this without compromising Ethereum’s vision of being a secure, scalable, and decentralized blockchain has taken years of focused research and development.

“Therefore, the network started by using proof-of-work consensus. Proof-of-work consensus requires miners to use their computing hardware to solve a puzzle. The solution to the puzzle proves that energy has been expended by the miner, demonstrating that they invested real-world value for the right to add to the blockchain.

“Both proof-of-work and proof-of-stake are just mechanisms to decide who gets to add the next block. Swapping proof-of-work for proof-of-stake, where the real-world value invested comes from ETH staked directly in a smart contract, removes the need for miners to burn energy to add to the blockchain. Therefore, the environmental cost of securing the network is drastically reduced.“

On September 20, Coin Bureau published on YouTube a video titled “Ethereum Merge Done: Now WHAT? Will ETH Recover?!”, where according to a report by The Daily Hodl, the host of the show had this to say about Ethereum:

“Now of course this [the merge] was a sell-the-news event and some have been disappointed about the lack of fireworks on the day. But this was always to be expected... Scaling benefits will not come until the surge. Then we have the verge, purge and splurge still to look forward to... But at this very moment, the predicted monetary changes are having an impact on ETH supply, emissions have dropped considerably and inflation is now minuscule.

“Now while the impact of this won’t be felt in the short term, it’s something that is likely to play out in the longer run. It’s that much more of a compelling investment based on this point alone.“

As for criticisms that PoS had made Ethereum much less decentralized, he said:

“Now all of this being said, centralization is a concern. A situation where the top-five staking entities control two-thirds of the staked ETH isn’t a great place to be... And this is even more so the case when you consider the fact that many of these validators are based in the United States. Whether they could be forced to comply with orders from the man is an important question.“

Last week, Silicon Valley based venture capital firm Andreessen Horowitz (“a16z”), explained why “Ethereum is a far superior blockchain now than it was before.”

In a blog post published on Merge Day, Ali Yaha, a General Partner at a16z, called the Merge “an insane feat” since this upgrade “involved hot-swapping the most important component of Ethereum’s architecture – its consensus mechanism – *while it was running*.” Yaha noted that “all this occurred while maintaining perfect uptime for millions of users, thousands of decentralized applications (dapps), and hundreds of billions of dollars secured.”

Yaha then said that were some of the main advantges of Ethereum’s move to PoS consensus:

He also mentioned that the Merge is “a big deal” that “brings us closer to a world that benefits from an efficient and secure layer for decentralized computation that can support the applications we all want to build.”