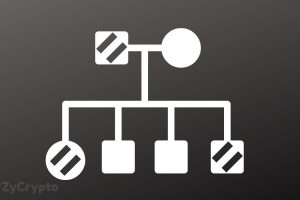 Ethereum is still a leading Blockchain in the cryptocurrency sphere. However, the network might have to be on the lookout for competitors that have almost easily taken off as quickly as they emerged. As seen in Messari’s “Q1 Performance Recap,” two of the leading DeFi products with the best track record in the first quarter of the year were; PanCakeSwap (CAKE) and Terra (LUNA), and both were not running on Ethereum; one of the most popular networks housing DeFi assets.

Terra (LUNA) is one of the most unique Defi solutions in the market. The decentralized finance infrastructure and blockchain protocol depends on a number of systems to effectively function. Terra currently depends on an oracle system, a native token, a stablecoin protocol, and smart contracts to provide users with “programmable” internet money. Terra (LUNA) is among the five cryptocurrencies that outperformed Bitcoin.

According to data from Valor Investe, LUNA appreciated 2,800% in the first three months of the year, accumulating a surge of nearly 27 times greater than the price of Bitcoin in its first quarter. At press time, LUNA is trading at a price of $15.62.

PancakeSwap is a DEX built on the Binance Smart Chain. While it imitates Ethereum’s SushiSwap in terms of community governance and farm liquidity provider tokens, it also adds more features that give users reward. CAKE has unseated every other DeFi token, with its price skyrocketing above 3,000% since the beginning of the year.  At the time of this report, CAKE is valued at a trading price of $25.39.

At present, the odds are stacked against Ethereum. Although the EIP launch is expected to lessen network congestion and transaction-processing-related issues, the fee charges on the network are in no way close to that of BSC. This gives BSC a major hedge over Ethereum. Although Ethereum 2.0 will determine which network remains superior, it is undeniable that Ethereum’s transaction charges played the biggest role in its performance.