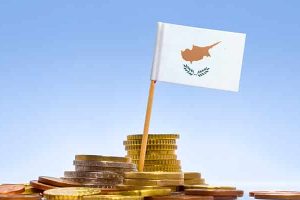 The press release shared with Finance Magnates detailed that the Cypriot company will offer brokerage services in Europe, as the British sister company cannot operate within the 27-country bloc after the seal of the Brexit deal.

ETX Cyprus will be the headquarters of the brand’s European operations, and it will start onboarding clients within weeks.

Commenting on the acquisition, ETX Capital Chief Executive, Philip Adler, said: “I am delighted that Guru Capital is now the owner of our Cypriot sister company. ETX has a long tradition of offering best in class service to our UK clients, and we are looking forward to ETX Cyprus picking up that baton and being at the heart of ETX’s European expansion.”

“The ETX platform offers a very compelling opportunity for European traders due to its user-friendly functionality and multi-asset offering with over 5,000 tradeable instruments,” said Ryan Nettles, Managing Partner at Guru Capital.

Finance Magnates earlier reported that the trading revenue of ETX Capital surged by 49 percent in the first eleven months of 2020, when compared to the same period last year. The number of processed trades increased by 32 percent, while trades per client and spreads per trade improved by 29 percent and 18 percent, respectively.