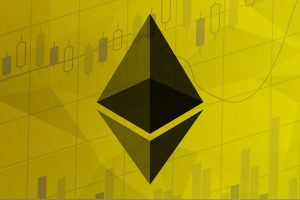 Microsoft has become very aggressive in its attempts to build a structure that depends on a specific blockchain called Ethereum. This is a computing platform based on blockchain that features smart contract function. It introduces a decentralized Ethereum Virtual Machine or EVM capable of implementing peer-to-peer (P2P) contracts. The crypto-currency used is Ether.

Majority of Bitcoin experts are confident that the blockchain platform can improve payment and transaction procedures. It can develop an independent, credible and user-administered identity framework. The distributed or allocated ledger technology triggers crypto-currency transactions. Distributed ledges refer to a consensus of computer-generated, synchronized and collective data that reaches out to multiple countries, websites and companies. This digital currency includes the altcoin which is Bitcoin alternative and meant to improve at least a single component of the later.

This has progressed since last year to that stage wherein leading Internet Technology providers are creating blockchain-based instruments. Large banks and financial service institutions that took part in trading networks are engaged in pilot projects. Microsoft has been in the midst of these assertive moves involving the Ethereum blockchain.

Microsoft’s initial foray into this venture started with its partnership with Consensys, a blockchain start-up enterprise. It concentrates on Ethereum technology. Through this collaborative venture, Azure’s clients can build cloud-based apps (blockchain) easily and recommend them to their respective patrons. These applications include securities’ trading, corporate accounting and cross-border payments. Azure is the cloud-based computing service of Microsoft.

Details of said collaboration as well as the plans of Microsoft for the blockchain services were introduced during the Ethereum Developer Conference held in London (UK) last November 10, 2015. Microsoft’s adoption of Ethereum is a big boost for numerous Microsoft developers worldwide. They now have the capability to create decentralized apps.

The Solidity programming language can facilitate writing of smart contracts into the Visual Studio platform of Microsoft. As a result, developers can put together, test and install these applications (DAPPs) within an environment they are familiar with. Ethereum’s crypto-currency is responsible for powering the applications. Its present value is around $11.60. The market cap is more than $900 million compared to the market ceiling of Bitcoin which is $6.3 billion.  Ethereum Virtual Machine transactions (smart contract executions) may be documented as a non-reliable record that utilizes the private or public models of the blockchain.

In the Ethereum blockchain, the block time is fixed at 14 or 15 seconds which is faster than the 10 minutes of Bitcoin. Transactions are quicker because of the Ghost protocol. This was launched in 2013 to reduce or prevent speedy block-time blockchains affected by an increasing number of useless blocks. Some of these are spread to the network and validated by nodes as correct but sooner or later eliminated. This protocol also resolves the issue of centralization bias.

The economic model of Ethereum is a bit different from Bitcoin which prevents rewards divided in two every four years. On the other hand, Ethereum discharges the same amount of Ether annually infinitely. It maintains a distinct technique for costing of transactions. This depends on complexity of computations, usage of bandwidth and storage requirements. Transactions of Bitcoin compete with one another in the same way.

Ethereum will be made available to banks as well as insurance firms that currently use the Azure platform of Microsoft. Four financial conglomerates have also enrolled in this service. Said technology allows corporations to develop their smart contracts or blockchains which routinely performs terms of agreements within 20 minutes even if there is no previous experience.

The primary benefit of Ethereum includes its flexibility. It can also be customized according to needs of clients which mean they can innovate and provide new services along with DAPPS or Distributed Applications. The official endorsement made by Microsoft is an indication that the up-and-coming ecosystem is a force to reckon with.  Given these developments, Ethereum has achieved a reliable status in one of the most promising disciplines of information technology. This is big-scale enterprise (cloud computing) by way of this alliance with one of the major players in said sector.

The four central technological components allowing the Ethereum platform to operate smoothly are the following:

These are the four foundations of decentralized app technologies that will enable the smart contracts. These contracts or computer protocols possess user interface that may be implemented as mobile apps, web pages or standard apps. These make traditional contracts obsolete for specific transaction purposes.

This platform has unveiled its quick-starting template specifically for an Ethereum blockchain consortium network. It makes the infrastructure and protocol very simple so anyone can set up a private protocol from the portal of Azure without difficulty.

Microsoft Azure spells out that there are multiple possibilities for the public Ethereum network. Yet, it also visualizes privatized enterprise software solutions. There is no sole authorized structure for the network but the template offers mock-up architecture so users can start right away. It is comprised of a group of collective transaction nodes so the apps can network and submit transactions together with mining nodes. This is for each member of the consortium and utilized to record any transaction.

All users must sign up and subscribe to work with several virtual machines and storage elements. Blockchain network may be built with the framework and configuration for nodes. The genesis block employs an ID for the Ethereum network. The level of mining difficulty can be configured.

All in all, the partnership has produced benefits and Microsoft looks on the way to adopt this blockchain technology in the long-term.