Car owner with dodgy tyres is jailed over fatal crash 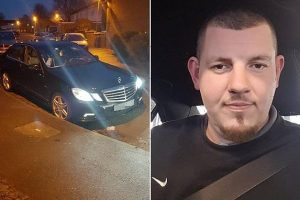 A car owner who ignored a warning to replace dangerously worn tyres has been jailed for causing the death of another driver despite not being behind the wheel at the time.

The landmark case was brought against Henry Reynolds, who was in the front passenger seat of his powerful Mercedes saloon while a drunk friend was driving.

In the wet weather the car ‘fishtailed’, meaning the worn back tyres lost their grip on the road, and ploughed head-on into a car driven by Winston Chau, 36. He died at the scene and his mother Cam, now 59, suffered life-changing injuries.

Reynolds, 31, admitted aiding and abetting causing death by dangerous driving and a similar charge of causing serious injury. But a judge struggled to sentence him because there were no guidelines for the highly unusual case.

Last night Mr Chau’s family were ‘relieved’ Reynolds will serve time but they said the sentence was too lenient. His brother Lee, 42, an IT engineer, said: ‘He is responsible for taking my brother’s life. He’ll be inside for a maximum of 15 months with good behaviour. We will be impacted for the rest of our lives. 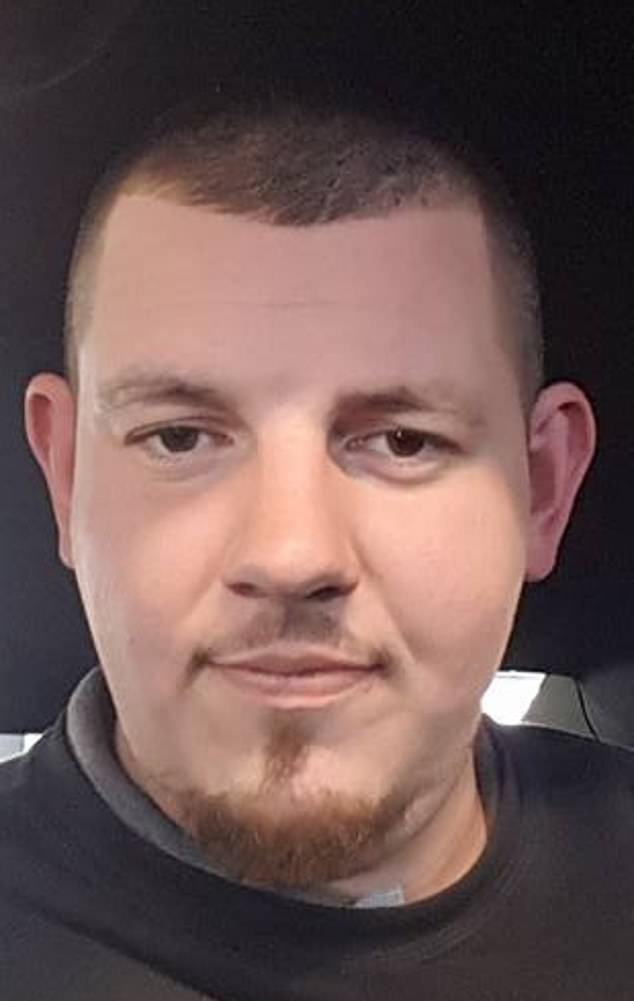 The landmark case was brought against Henry Reynolds (pictured), who was in the front passenger seat of his powerful Mercedes saloon in Redbourn, Hertfordshire, while a drunk friend was driving

‘He wasn’t the driver but he was responsible for that car. He knew the tyres were at the end of their life.’

Reynolds, a jobless father of two, had spent the day drinking with a friend, lorry driver TJ Sam Quirke, in May 2018 before they went to get food.

CCTV footage from Redbourn, Hertfordshire, showed the back of the car sliding as it went around a roundabout.

Quirke, who was over the drink-drive limit, accelerated to over 65mph in a 30mph zone before veering into the opposite lane. The car was still doing between 43 and 53mph when it slammed into a Honda Civic with the Chaus inside.

Emergency workers could not save Mr Chau, who worked at easyJet’s Luton base where his mother was a cleaner. 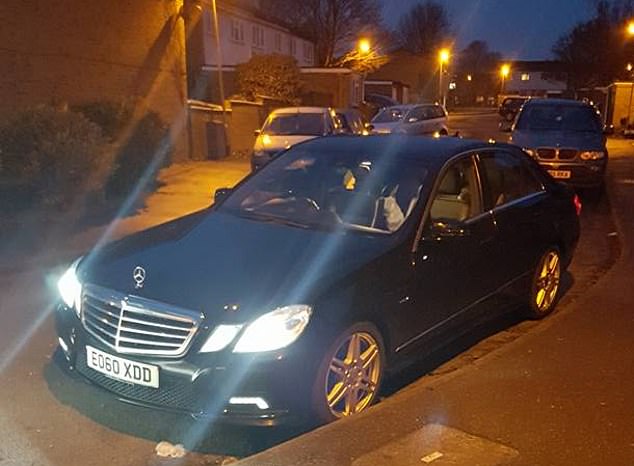 CCTV footage from Redbourn, Hertfordshire, showed the back of the car (pictured) sliding as it went around a roundabout

St Albans Crown Court heard the car had an MoT three months before when Reynolds, of London Colney, was told the tread on the rear tyres was near the limit.

But he failed to change them and drove another 6,726 miles before the fatal crash.

Quirke, 29, of Redbourn, was jailed for 63 months in November last year after admitting causing death by dangerous driving and other offences.

Professor Sally Kyd, head of law at the University of Leicester, claimed an 1861 Act allowed the judge to sentence the offender up to the same maximum penalty as if he committed the crime himself, in this case up to 14 years in jail.