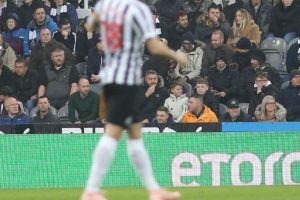 eToro has continued to enter into more sports sponsorship deals and signed a recent partnership with Newcastle United, an English professional football club.

Though the official announcement on Thursday termed the deal, as a new one, the brokerage and the football club already had a similar deal that they signed in August 2018. Then, Newcastle United was a part of a seven club group with which eToro inked commercial partnerships and made headlined for paying them in Bitcoin.

“eToro is a brand that lots of supporters will already be familiar with, having become a tried, tested, and trusted global investment platform,” said Dale Aitchison, Head of Commercial at Newcastle United.

“We are delighted to announce our new partnership, and we look forward to working together on a range of initiatives across the new season.”

Under the agreements between the two, eToro can promote its brands with marketing opportunities like matchday LED boards, media backdrops, and digital rights.

Strong Presence on the Field

The deal with Newcastle United has been revealed on the same day the broker announced another similar sports sponsorship deal with another English club, Aston Villa FC. Like all other sports seasons, this year too eToro partnered with an array of sports clubs, some of the names are AS Monaco, CFR 1907 Cluj, SK Slavia Prague, and RB Leipzig.

Dylan Holman, eToro’s Global Sponsorships Manager, said: “We are delighted to have partnered with Newcastle United for the new season.”

“As a global, multi-asset investment platform, we want to open up financial markets to everyone and make investing simpler and more accessible. Through our partnership, we look forward to working with the club’s incredible supporters – introducing them to eToro and helping them to get closer to their team.”