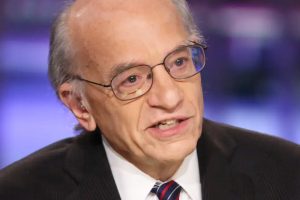 A finance professor at the Wharton School of the University of Pennsylvania has warned about inflation and the Fed hiking rates many more times than the market expects. He also said that bitcoin has become the new gold for the millennials.

Finance Professor on Bitcoin and Inflation

Wharton’s finance professor Jeremy Siegel shared his outlook for various markets that he believes investors should have exposure to this year in an interview with CNBC Friday.

He was asked about gold and commodities as investments going forward. Noting that gold “has been disappointing,” he stressed that “it’s a fact that the young generation is regarding bitcoin as the substitute” for gold. The professor opined:

Let’s face the fact, I think bitcoin as an inflation hedge in the minds of many of the younger investors has replaced gold … Digital coins are the new gold for the millennials.

“Old people remember the 1970s,” he continued. “That inflation time, gold soared. This time it is not in favor,” he noted.

Professor Siegel also believes that investors should have exposure to commodities, which he said could be done by investing in emerging markets, which are commodity-sensitive.

The finance professor proceeded to discuss inflation, which he has raised concerns about on multiple occasions. “I’ve been saying this for a long time. I’ve been warning about inflation for a year and a half,” he emphasized.

“The Fed and the fiscal authorities so way overdid it, particularly the Fed on liquidity,” he described. “They are so far behind the curve that we have a lot of inflation that is embedded in.” The professor concluded:

The Fed is going to have to hike many more times than what the market expects.