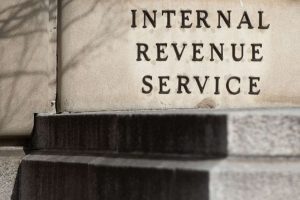 The TAKE with Rick Klein

The big story can be what’s legal as opposed to what’s not.

The stunning apparent leak of tax information on the nation’s wealthiest Americans, as published by ProPublica, is already reshaping the national debate in ways that could impact President Joe Biden’s agenda from multiple directions.

With Biden himself leaving on an extended overseas trip, and with bipartisan negotiations stalling in ways that impact several parts of his agenda, the report on how little the ultra-wealthy pay in taxes is rejuvenating discussions over whether and how to make sure billionaires pay more.

The White House, while condemning any potentially illegal leak of private tax data, is using the disclosure to argue for repealing Trump tax cuts for those making more than $400,000 a year.

Except that the Biden tax proposals would have a negligible impact on the taxes paid by the richest of the rich. That, progressives argue, would require a wealth tax — something Biden and his aides have dismissed as unwise and unworkable.

Republicans are hardly itching to raise taxes. Their response to the ProPublica report is focusing on the fact that the data came out at all — at a time Biden wants to boost IRS enforcement in ways that could leave private data more vulnerable to unauthorized disclosure.

At the same time, conservatives are gleefully pointing out how little some prominent Democrats like Warren Buffett and Michael Bloomberg — plus tech titans who some view as hostile to conservatives, like Mark Zuckerberg and Jeff Bezos — have actually paid in taxes.

The blockbuster landed at a critical time — with Biden and some in his party looking for a deal on taxes, but on slightly different terms. If nothing else, policy makers and the public have a whole lot more information on the reality of how the tax system works for those who can best afford to use it to their advantage.

The RUNDOWN with Averi Harper

Black civil rights leaders pleaded their case in support of sweeping voting rights to one of the Senate’s most high-profile opponents, Sen. Joe Manchin, D-W. Va.

Manchin over the weekend, wrote an op-ed declaring his opposition to the For the People Act, or HR 1, calling the legislation partisan. Instead, Manchin said he’s throwing his support behind HR 4, the John Lewis Voting Rights Advancement Act, which aims to restore key pieces of the Voting Rights Act of 1965.

Senate Minority Leader Mitch McConnell announced his opposition to the legislation that bears the name of the civil rights icon Tuesday, calling it “unnecessary.”

HR1 promises to increase access to the ballot box, overhaul the role of money in politics and shore up federal ethics rules. For some Republicans, opposition is rooted in fear it could hurt the party’s chances at victory.

“This has more to do with his views about the way the Senate operates than the substance of these bills,” Urban League President Marc Morial said to ABC News. “Our view is that the substance is more important than the procedure.”

Manchin’s dogged defense of the filibuster and blockage of legislation isn’t without consequence. As Republican-led efforts to restrict access to the ballot box continue in statehouses across the country, the fate of federal legislation aimed at beating back the impact of those measures grows more uncertain.

The TIP with Quinn Scanlan

McAuliffe ran on his record while promising to deliver on bold ideas if elected, but his past as governor was also a point of attack for his primary opponents. Former Del. Jennifer Carroll Foy positioned herself as McAuliffe’s biggest threat in the primary, and in the final weeks of the campaign, ramped up her public criticism of him, urging Virginians to “not revert back to the past.”

Similar words by her are now being weaponized by GOP nominee Glenn Youngkin against McAuliffe.

In one of two 30-second TV and digital spots that start running Wednesday, Carroll Foy is seen repeatedly blasting McAuliffe and calling for new leadership. She was, of course, referring to her own candidacy, but now those remarks are followed by Youngkin, a wealthy businessman and political newcomer, saying, “A new kind of leader to bring a new day to Virginia.”

Other Democrats, however, saw McAuliffe’s gubernatorial experience as an asset, likening it to the 2020 presidential campaign.

“Joe Biden brought a wealth of knowledge and experience … I know a lot of people who wanted to see somebody who had the skill set to do the job,” top state Sen. Lousie Lucas, a McAuliffe campaign co-chair, told ABC News last week. “I feel that same way about Terry.”

WHAT YOU NEED TO KNOW TODAY

Download the ABC News app and select “The Note” as an item of interest to receive the day’s sharpest political analysis.

The Note is a daily ABC News feature that highlights the key political moments of the day ahead. Please check back tomorrow for the latest.