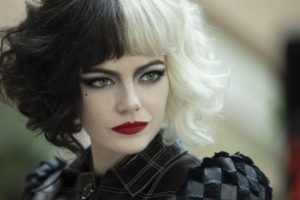 (CNN Business)A version of this article first appeared in the “Reliable Sources” newsletter. You can sign up for free right here.

“This weekend poses the first real test of the summer box office,” Brian Lowry writes, “with a pair of complementary titles based on proven intellectual property: ‘A Quiet Place Part II’ and ‘Cruella.'”

Box Office Mojo’s Sam Mendelsohn describes the moment like this: “At last, the summer blockbuster season is here. If audiences flock to these two newcomers as hoped, we should see the biggest weekend at the domestic box office since March 2020.”

“We are still a world away from pre-pandemic numbers, however, where $150+ million overall weekend grosses in May were the norm,” Mendelsohn notes. “For now the combination of capacity restrictions, closed theaters, and audience hesitancy will continue to blunt grosses, but having stars headline a sequel from Paramount and a prequel from Disney — along with a four-day holiday weekend — should help the box office get some of its groove back.”

Brian Lowry writes: “‘A Quiet Place Part II,’ John Krasinski’s horror sequel, is serviceable but generally supports the adage that less is often more. (Details here.) As for ‘Cruella,’ it’s a delicious showcase for Emma Stone and Emma Thompson in an origin story for the ‘101 Dalmatians’ villain. It’s worth noting, though, that the latter runs well over two hours, and might actually play better on Disney+, where it will simultaneously be available, like ‘Mulan’ before it, for a premium fee. Read on…”

This summer is about optics

Frank Pallotta writes: “The summer movie season has been vital to the health of Hollywood ever since Steven Spielberg cleared out beaches with 1975’s ‘Jaws’ but it’s arguably never been more important than this year. This weekend’s debuts obviously matter to the bottom line of Paramount and Disney, but more importantly, this summer is about optics. The performance of these films — as well as others this summer — will be critical in building enough buzz to lure people back to theaters at a time when many have forgotten what it’s like to go to a movie, or can just watch big flicks at home. If this summer is a busy one for theaters, it could lead to a bustling fall and winter, which then could pave the way for a strong 2022. The path to Hollywood’s future, whatever that is, likely starts this holiday weekend…”

Frank’s first time back in a movie theater

I asked Frank to write about his recent return to a theater because, well, I saw him post about it on Instagram, and I was jealous. I haven’t been back yet! Here’s what he shared:
Frank Pallotta writes: “I had not seen a film in 475 days. I’ll say that again, 475 days. That changed on Monday when I went to a press screening for Universal’s ‘F9.’ So how was going back to the movies? It was honestly everything I wanted. The pandemic caused me to forget what it was like to be engrossed by a film on a giant screen, watching with strangers, just letting the rest of the world fade away. I mean, the nearly two and a half hours I spent with the Fast Family was the longest I’ve gone without checking my phone, for example. That said, it was not a complete escape yet since there were restrictions in place (like wearing a mask) there weren’t real crowds. But I know this for sure: Don’t trust anyone who tells you that watching a movie at home is the same thing. It’s not.”

Bursting into the “playground of life”

“For millions of Americans, the next six months are going to be great,” David Brooks writes in his brand new NYT column. “The power Covid had over our lives is shrinking, and the power we have over our own lives is growing. The image that comes to mind is recess. We’ve been stuck emotionally indoors for over a year. Now we get to sprint down the hallway and burst into the playground of life…”
Source: Read Full Article