Home » Politics » Dem Rep. Cuellar says he has not heard from VP Harris on border visit 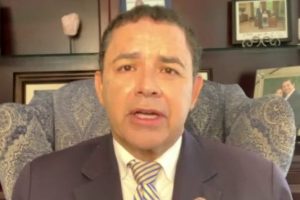 Democratic Rep. Henry Cuellar on Saturday said he had not heard from the office of Vice President Kamala Harris after he invited her to visit to the southern border — while suggesting the administration’s policies were at least partly to blame for the crisis.

Cuellar, who represents Texas’ 28th Congressional District, which includes 300 miles of the U.S. southern border, invited Harris to the border earlier this week.

“I encourage you to join me and other Members of Congress, while we visit with the people on the ground who deal with these issues every day,” Cuellar wrote. “I believe it is critical that you meet with local stakeholders and residents, consider their concerns, and use their lived experiences to implement more effective policies.”

Harris was appointed more than 80 days ago to lead the diplomatic effort to solve what the administration sees as the “root causes” of the migrant surge at the border — such as poverty, crime and climate change in Central America. Earlier this month, she visited both Guatemala and Mexico and announced a slew of measures designed to combat the root causes.

While the Biden administration has said Harris’ role is not the border per se, but the diplomatic effort, critics have said that it is vital she sees the border to understand what is going on.

Cuellar said he hasn’t heard back yet from Harris regarding his invitation. 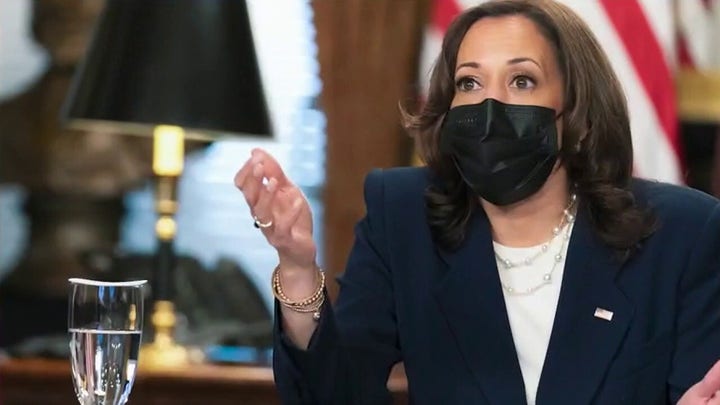 Asked about the “root causes” explanation of the increase in border crossings, which saw more than 180,000 encounters in May alone, Cuellar suggested that the explanation was partly correct and there are push factors, but was missing another side of the coin.

“But you just cannot focus only on the push factors. You’ve got to look at the pull factors. What policies do you have here at the border?” he said. “Look, under the U.S. law right now, we have the right to deport people and we just got to follow the law. That is, people that can stay here will stay here, but people that we need to deport deport them. Because if we keep catch and release, this will provide a base incentive for more and more people to come in and they tell us to get richer and richer. “

Cuellar also said he agreed that then-candidate Biden’s rhetoric during the presidential campaign, signaling that if migrants made the trek to the border they would be let into the U.S., caused the current surge.

The Texas congressman noted that both the Guatemalan and Mexican presidents made this point. “The rhetoric that came in from before the Inauguration, yes, that adds to it,” said Cuellar. “And now I understand the administration is saying now don’t come. But you have to couple that with action.”

However, amid calls for Harris to step down or be removed from her role by President Biden from Republicans, Cuellar said he does believe Harris can do the job assigned to her and he wants to help her — but he emphasized that he believes a border visit is necessary.

“I think she can do the job. She just needs to get down to the border,” he said. “You know, we’ve invited her. I hope she can come down. Otherwise, she should have not been appointed border czar by the president. And that’s the reality.”