Home » Despite Facebook ban of Donald Trump, social media remains a mess. Here’s how to fix it. 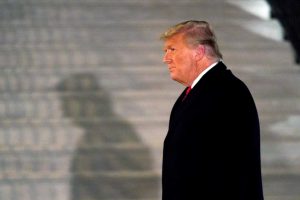 Facebook’s decision to uphold its ban of former President Donald Trump from the platform will earn millions of words in the coming days. The focus on social media platforms’ influence comes after years of study after study showing that young Americans are pessimistic about the future of our country.

And who can blame them?

When they read the news, they hear that America is more divided than ever. When they log onto social media, they see a culture war fought in seemingly every post and thread.

But when you take political conversations beyond a news sound bite or a 280-character tweet, and focus on context and substance, the divide narrows. Strangers find common ground. And people have a better chance of developing real respect for each other, regardless of the political views and beliefs that divide them.

These bridges over our social and political chasms are what we’re trying to build at the University of North Carolina Center for Moral Understanding. In ongoing research, we’re studying how to bring perspective and context into everyday conversations about politics.

We encourage people to talk about how elected officials make decisions and how people with strong political opinions arrive at them – not just whether the beliefs they have are good or bad. It’s a way to help people understand their own perspectives without telling anyone that their views should change.

It’s a difficult challenge – and not just because of the social media-driven decline of respectful dialogue. Social media – and conventional media – constantly warn us that conflict is unavoidable.

Last fall, we were inundated with messaging that made politics, not family, the defining feature of Thanksgiving. Here’s how to avoid talking about politics. Here’s how to survive it. Here’s why you must suffer through it.

More recently, commentators and influencers have made conversations with loved ones about post-pandemic plans feel daunting and “messy.”

Media, both social and conventional, are telling us that political fights are inevitable. Media tell us that political conversations are something we must survive, rather than opportunities to learn from each other.

People of all ages understand that something is wrong. A 2018 Pew Research survey showed that nearly three-quarters of Americans didn’t think social media accurately reflected society.

Social media feed ‘us vs. them’

But the psychological effects of social media saturation can make it hard to escape the “us vs. them” cycle. Online, it’s easier to ignore the fact that we’re talking to other real, flesh-and-blood human beings, especially if they’re posting anonymously.

It’s part of what psychologists call the Social Identity Model of Deindividuation Effects, or SIDE, which states that the effects of mob mentality can be amplified by anonymity.

We see this on social media when people trade angry rants over politics. It’s not two individuals arguing, it’s team Resistance against team MAGA, or the pro-reopening mob against the pro-lockdown mob – at least, that’s how the people involved in the argument feel.

How do we as a society break out of this mindset? To find a path forward, the Center for Moral Understanding partnered with Polity to understand how Americans using a context rich method of dialogue, called the Decision Point Method, can help bridge divides.

The first thing we ask is that people try thinking about an issue as if they’re tasked with addressing it – in the driver’s seat, so to speak. What can the director of Immigration and Customs Enforcement actually do about the child crisis on our southern border? What are realistic economic and safety options for a state governor at this stage of the COVID-19 pandemic?

So far, our pilot data shows that thinking about politics in the abstract makes it easy to divide ourselves into us vs. them. Respect is built by balancing perspectives in context.

This approach doesn’t require you to compromise on any of your values, but it’ll give you a more complete understanding of an issue. And it’ll save you the stress of a drawn-out, dead-end argument – especially with someone close to you.

If you dive into the comments under any viral news story these days, you’ll emerge angry and disappointed. This is what some people say Facebook avoided by banning Trump; others say it’s a free speech issue.

But regardless of whether Trump is back online, people will still say terrible things to each other. It’s time to try something new – The Decision Point Method of real dialogue with real people to reunite our nation.