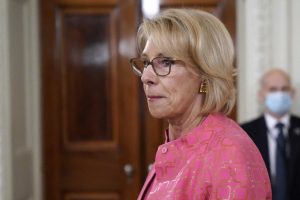 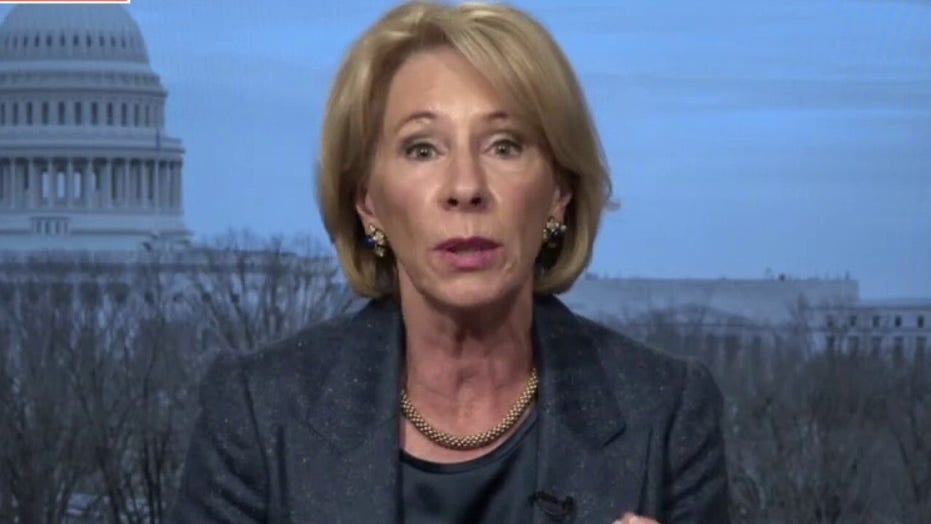 DeVos: Schools must reopen, especially for most vulnerable children

Secretary of Education Betsy DeVos calls for schools to reopen as reports show rising failing grades for children forced into remote learning from the coronavirus pandemic.

Education Secretary Betsy DeVos resigned on Thursday, citing the riots that took place at the U.S. Capitol the prior day, Fox News has confirmed.

"There is no mistaking the impact your rhetoric had on the situation, it is the inflection point for me," she told President Trump in a letter sent Thursday.

DeVos was just the latest of many administration officials to resign after rioters stormed the U.S. Capitol, breaking windows, stealing and confronting police officers. In her letter, DeVos touted the administration's accomplishments but noted that Trump's tenure was ending on a sour note.

"We should be highlighting and celebrating your Administration's many accomplishments on behalf of the American people," she said. "Instead, we are left to clean up the mess caused by violent protesters overrunning the U.S. Capitol in an attempt to undermine the people's business."

She added: "Impressionable children are watching all of this, and they are learning from us. I believe we each have a moral obligation to exercise good judgement and model the behavior we hope they would emulate. They must know from us that America is greater than what transpired yesterday. To that end, today I resign from my position, effective Friday, January 8, in support of the oath I took to our Constitution, our people, and our freedoms."

With just weeks until his departure, Trump has lost at least two Cabinet secretaries – DeVos and Transportation Secretary Elaine Chao — along with several top advisers, including Mick Mulvaney who told CNBC "I can't stay." In the hours after rioters stormed the Capitol, Stephanie Grisham, former White House Press Secretary and chief of staff to the first lady, resigned.

Like Grisham, Chao and DeVos were with the administration since its earliest days. DeVos' tenure spanned nearly the entire administration and caught attention for her advocacy on charter schools and her department's decisions surrounding Title IX.

On Thursday, both Trump and White House Press Secretary Kayleigh McEnany issued statements denouncing the violence. "Those who violently besieged our capitol are the opposite of everything this administration stands for," McEnany said at a press briefing where she took no questions from reporters. 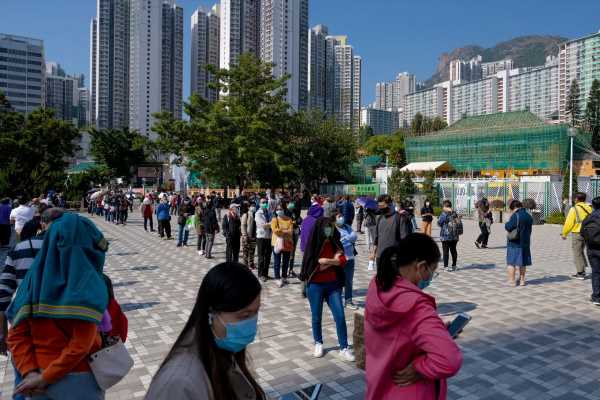