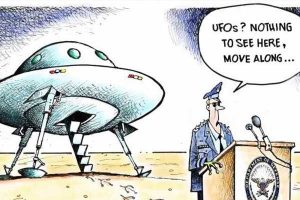 In today’s fast-paced news environment, it can be hard to keep up. For your weekend reading, we’ve started in-case-you-missed-it compilations of some of the week’s top USA TODAY Opinion pieces. As always, thanks for reading, and for your feedback.

1. January 6, 2025 could be the date American democracy dies. Mark it on your calendar.

By Matt Bennett and Jon Cowan

“You can write it down: Jan. 6, 2025, will be a hinge date in history. On that day, American democracy either will live or die. And if we do not take aggressive steps to ensure that Democrats control the House of Representatives when we get there, the prognosis for our republic is grim.”

“Meanwhile, in the Manhattan DA’s Office, Vance has been conducting a criminal investigation into Trump regarding bank and insurance fraud as well as hush money payments made shortly before the 2016 presidential election to conceal allegations of an extra-marital affair. After Trump fought to prevent disclosure of his tax records in response to a grand jury subpoena, Vance won a ruling from the Supreme Court last year requiring their production. His investigation has not yet produced any charges.”

“Model and social media personality Chrissy Teigen publicly came after me five years ago because I called her a bully in a VH1 piece, ‘Chrissy Teigen Is Twitter’s Biggest Hypocrite.’ I had watched as she went on a Twitter tirade against random people she thought were trolling her, retaliating with unnecessary name-calling – and more bullying.”

4. Extra $300 for unemployment gives low-income people jobs choices others have always had

“Are people deciding not to return to work because they are getting an extra $300 a week in federal unemployment benefits during the COVID-19 emergency? That question is coming up repeatedly as government reports show jobs going unfilled and many governors are starting to cut off the extra money.”

5. The aliens haven’t landed: Why you should be skeptical of recent reports on UFO sightings

“Since the 1950s there have been UFO enthusiasts, people who think that the reported sightings represent incredible new technology, possibly aliens, that, once studied, will elevate all of humanity to the next level — ushering in an era of flying cars, free energy, and possible human-alien cultural exchanges.”

6. A teacher hangs a BLM flag at a school named for a Confederate general. Now she’s under investigation.

“Long before George Floyd was killed – and many Americans turned a serious eye toward acknowledging, understanding and even uprooting systemic racism – high school English teacher Amy Donofrio was encouraging her students in Jacksonville, Florida, to push for equality and empowerment, for justice and personal achievement.”

“On the heels of a historic vote in Virginia, making it the 16th state in the USA to legalize recreational marijuana use, cannabis legalization is gaining momentum. This growing acceptance by governors and state lawmakers is just a small step toward rectifying a criminal justice system that has ravaged communities of color with draconian drug laws and the failed war on drugs.”

By The Editorial Board

“The official police version of George Floyd’s death, after he was murdered on May 25, 2020, by an officer who kneeled on the Black man’s neck for more than nine minutes, was a mockery of what actually happened.”

Police body cameras can be valuable, but due process is key: Fraternal Order of Police

“When citizens do not feel safe around the police, community trust must be rebuilt. To build this trust, the Fraternal Order of Police continues its work to improve policing in our country and to ensure accountability and transparency. However, we must also ensure that public safety interests are not compromised and that we protect the rights and privacy of victims, the accused and our officers.”

“USA TODAY asked leaders from across the nation what Floyd’s death meant to them. They used words like trauma and turmoil, fear and sadness, but also hope that things might be different this time, that justice might prevail, that the fight for change would lead to tangible results. For some, those results include passage of the George Floyd Justice in Policing Act, which bans chokeholds and no-knock warrants and limits qualified immunity so police officers aren’t shielded from certain lawsuits.”