The House of Representatives voted Thursday to repeal the 2002 legislation that permitted the invasion of Iraq.

It was a win for anti-war lawmakers and activists, who are now ready to secure an even bigger victory: killing the controversial measure and limiting presidential war powers.

Forty-nine Republicans and all but one of the 220 Democrats in the chamber voted for a bill withdrawing the nearly 20-year-old authorization for the use of military force, which allowed the U.S. president to deploy forces against Saddam Hussein’s regime and pursue broader goals in Iraq.

The new bill was crafted by Rep. Barbara Lee (D-Calif.), a longtime critic of aggressive U.S. foreign policy. Because of how she and her allies have pushed politicians to reckon with U.S. overreach abroad, the Senate and President Joe Biden are expected to help end the authorization this year. Senators are set to consider companion legislation next week that is backed by Democratic leadership and key Republicans, and the Biden administration said Monday that it supports the repeal.

“After nearly 20 years of fighting for this, we’re finally one step closer to ending forever wars,” Lee tweeted Thursday.

Doing so would remove one of the legal justifications that officials cite for moves like airstrikes. It would also affirm that lawmakers are increasingly wary of hawkish policies and their proponents ― and prepared to play a bigger role in matters of war and peace.

“For too long, most members of Congress have shirked their constitutional obligation to decide whether and where our nation goes to war. That an 18-year-old authorization for a war that officially ended 10 years ago remains on the books today perfectly symbolizes that inaction,” Erica Fein, the Washington director for the nonprofit Win Without War, said after the vote. “Repealing the 2002 AUMF would be a critical start to war powers reform, but we must not stop there.”

Success against the 2002 authorization could also pave the way for a debate over another authorization that was passed days after the attacks of Sept. 11, 2001, and enables action against its perpetrators and their partners. Presidents have more frequently cited that 2001 measure to greenlight military operations because it offers them greater leeway in identifying targets than the 2002 authorization, which specifically references Iraq.

Lee was the sole member of Congress to vote against the 2001 authorization, calling it “a blank check” and accurately predicting that it would be referenced for a wide range of operations. 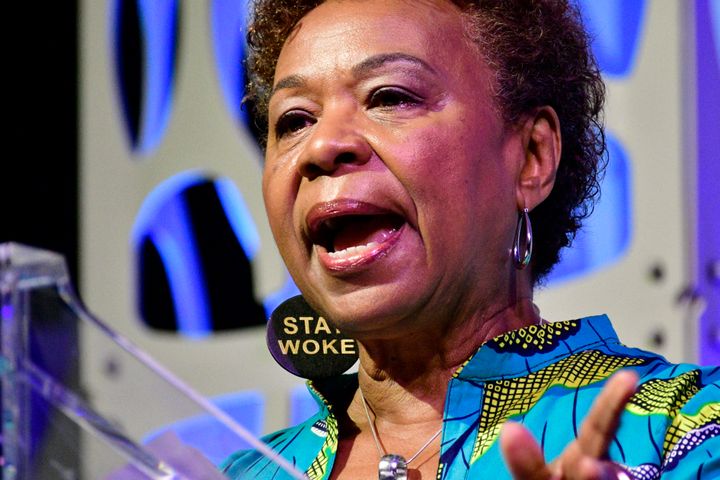 Democrats previously voted against the 2002 authorization after taking control of the House in 2018, and President Barack Obama said in 2014 that he supported repeal. But most Republicans and some top Democrats opposed the move for years, arguing that it would weaken the U.S.’s ability to confront threats.

Now, the authorization faces fatal bipartisan pressure due to the growing influence of advocates for a more restrained foreign policy on the left and right.

Over the past few years, anti-war figures focused Congress on one of the U.S.’s most brutal military interventions: the civil war in Yemen. They demonstrated their clout by passing bipartisan legislation against that involvement, including rare war powers resolutions intended to bar U.S. assistance for Saudi-led forces pummeling Yemenis.

Former President Donald Trump’s disastrous handling of national security helped spur congressional oversight, too. Trump pointed to the 2002 authorization in his controversial assassination of Iranian general Qassem Soleimani, and his saber-rattling with Iran prompted lawmakers to pass a bipartisan war powers resolution requiring Capitol Hill’s approval for any attack on the country. (Trump vetoed the bills on Iran and Yemen.)

Meanwhile, progressives pushed Democrats to prioritize human rights internationally and reflect on U.S. missteps, as the Republican Party’s Trump-era muddle on foreign policy offered an opportunity for conservatives who want a more limited American presence abroad to have a bigger say.

Sen. Chuck Schumer (D-N.Y.), who could face a left-wing challenger in a primary next year, endorsed repealing the 2002 authorization for the first time on Wednesday, and the Koch network ― a major player in GOP activism ― urged its allies to back the repeal, noting that one of its champions is Sen. Todd Young (R-Ind.).

On Thursday, 38 more House Republicans voted to repeal the authorization than the last time the proposal was voted on, in January 2020.

But a full overhaul of the use of military force will involve far greater change, and many politicians and national security officials remain wary of restrictions on U.S. military action.

The Biden administration’s statement on the repeal effort reflected that view. “As the Administration works with the Congress to reform [authorizations for the use of military force], it will be critical to maintain the clear authority to address threats to the United States’ national interests with appropriately decisive and effective military action,” the Office of Management and Budget said.

The Senate Foreign Relations Committee will vote on Tuesday on whether to repeal the 2002 authorization, as well as on another Iraq-focused authorization from 1991.