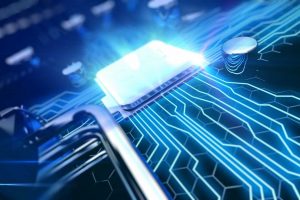 A divided America needs to see members of Congress working together, across the aisle — perhaps now more than ever. To find bipartisan initiatives, we urge our former colleagues to look at policies that combine innovation — still one of the least partisan policy areas — with a dash of historically bipartisan national security.

After party-line votes on the COVID relief bills, there can be little doubt that Americans would like to see their elected representatives working in less combative ways.

We know a thing or two about working across the aisle, having contributed to the forging of bipartisan efforts around innovation policy during the Clinton, George W. Bush and Obama administrations.

We see strong potential for bipartisan cooperation on one big idea on which Congress already has taken an important first step. Last year, Congress passed a major bipartisan measure -— the CHIPS for America Act — as part of the National Defense Authorization Act for Fiscal Year 2021.

The provision was aimed squarely at a national challenge for the US — bolstering our domestic semiconductor manufacturing capabilities.

Semiconductors are foundational to innovation in today’s world. They are essential to everything from automobiles to medical equipment to smart phones and computers.

That’s why there was real celebration in the U.S. technology industry when TSMC, the Taiwan-based global leader in semiconductor manufacturing, announced that  it would build a new plant in Arizona. TSMC produces chips for U.S. companies such as AMD, Xilinx and Broadcom.

China is investing in semiconductors

Congress rightly seeks to attract more semiconductor manufacturing here, in response to China spending an estimated $100 billion to subsidize its semiconductor industry to gain technological superiority.  Both Republicans and Democrats see a worthy cause.

The national security implications are clear. We do not want to be reliant on China for critical technology. At the same time, we want to lead the world in semiconductor innovation and capability because they are foundational to many military systems and equipment.

We also believe that the commercial importance of having semiconductor innovation and production in the United States is overlooked amid the understandable emphasis on national security.

The new law authorizes substantial funding for research into semiconductor advances that can bolster the competitiveness of domestic companies and attract further investment in the U.S. For instance, it authorizes more than $1.2 billion in research and development — with more than $900 million for a new public-private collaboration for research.

But benefits will accrue only if Congress reaches agreement on the appropriation of funds for the authorized research. And the Fiscal Year 2022 appropriations process is now getting underway.

So we call on Congress to work across the aisle in both chambers to fully fund the public-private semiconductor research authorized in last year’s defense bill. Working together, members of both parties should seize the opportunity to ensure that America stays at the leading edge in this critical technology.

After all, the bottom line is one thing that both parties agree on: Jobs.

The Boston Consulting Group and the Semiconductor Industry Association last year studied the potential impact of a policy mix of tax incentives and federal research and development, combined with other state and federal support to counter Chinese subsidies. They estimated that such an approach, along with attracting foreign investment in the industry, could stimulate as many as 19 new plants and 70,000 high wage jobs for engineers, technicians and suppliers.

The new law does not include tax incentives, but if the law can lead to even a portion of those new plants and the accompanying high-paying jobs, America will be stronger for it.

All it takes is a little more bipartisan cooperation.

Former U.S. Reps. Rick Boucher, a Democrat, and Bob Goodlatte, a Republican, represented Virginia in the U.S. House of Representatives and served as co-chairs of the bipartisan Congressional Internet Caucus.