Home » Politics » Rep. Hakeem Jeffries promises Pelosi 'will be the next speaker,' as House gears up for vote

Rep. Hakeem Jeffries promises Pelosi 'will be the next speaker,' as House gears up for vote 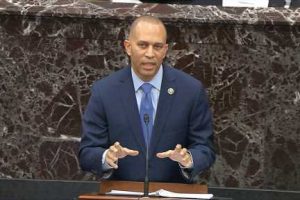 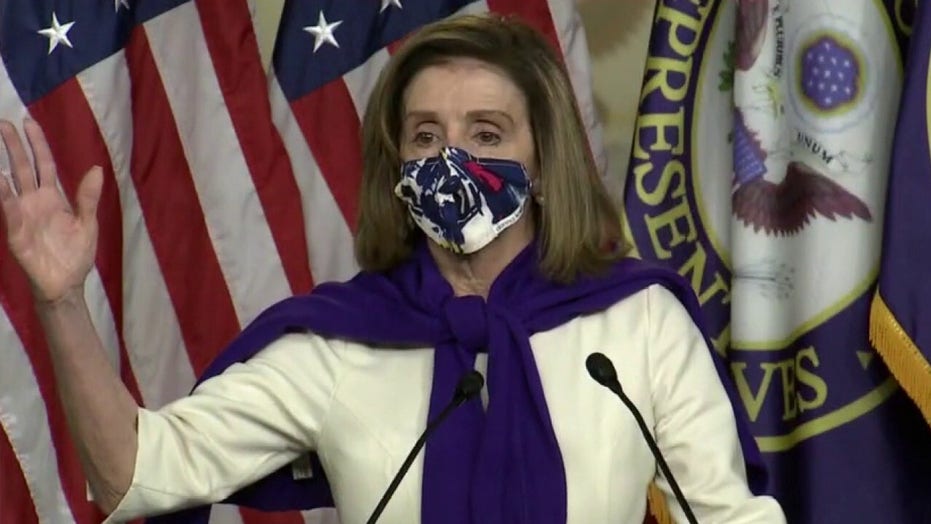 Nancy Pelosi ‘will be the next speaker’: Rep. Jeffries

House Democratic Caucus Chairman Rep. Hakeem Jeffries, D-N.Y., predicted that House Speaker Nancy Pelosi, D-Calif., will receive enough support among her party to continue in her position for another term.

Congress will convene at noon on Sunday, and one of its first orders of business will be to elect a new speaker. Pelosi faced a tough battle two years ago, and while she is currently unopposed, she faces a narrow path to victory with both Republicans and progressives gaining seats in the House.

"Nancy Pelosi will be the next speaker of the United States House of Representatives and I look forward to placing her name into nomination," Jeffries told "Fox News Sunday," adding that "there is incredible enthusiasm" for Pelosi due to her experience.

During her last term, Pelosi found herself at odds with more left-wing colleagues such as Rep. Alexandria Ocasio-Cortez, D-N.Y., after the speaker spoke dismissively about them to the New York Times. In reference to Ocasio-Cortez and her "squad," which includes Reps. Ayanna Pressley, D-Mass., Rashida Tlaib, D-Mich., and Ilhan Omar, D-Minn., Pelosi said "these people have their public whatever and their Twitter world," while downplaying their impact in Congress.

This led to Ocasio-Cortez accusing Pelosi of "singling out" women of color.

This term brings more candidates from Ocasio-Cortez's end of the political spectrum, such as Reps.-elect Jamaal Bowman, D-N.Y., and Cori Bush, D-Mo. In a recent CNN interview, both Bowman and Bush refused to say whether they would vote for Pelosi for speaker.

"You will find out when my vote is tallied," Bowman said. Bush similarly said that "you'll find out then."