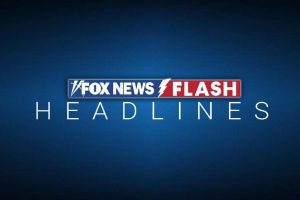 After a big win in blue Virginia and near-upset in bluer New Jersey, Republicans are hoping for a red wave in governor’s races for 2022 – looking at potential pickups mainly in Midwestern states.

President Biden has a low approval rating, and historically a president’s party takes a beating in midterm elections. But Republicans are facing the departure of two incumbent governors in blue states, while multiple incumbents are facing primaries as former President Trump also will likely play a big role in the midterm election.

One template to consider is Republican Gov.-elect Glenn Youngkin’s Virginia win, even though Biden won the state decisively in 2020, said Miles Coleman, an associate editor for the Center for Politics at the University of Virginia, which ranks political contests. 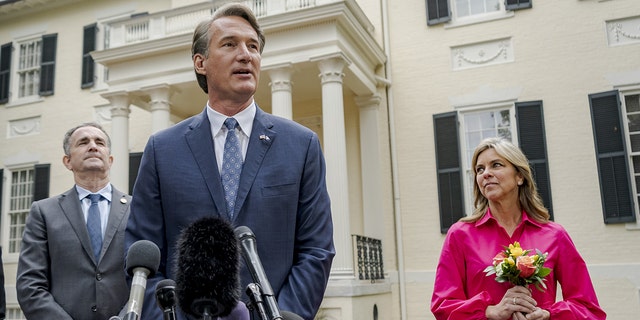 Glenn Youngkin, governor-elect of Virginia, center, speaks to members of the media as Ralph Northam, governor of Virginia, left, and Suzanne Youngkin listen outside the Executive Mansion in Richmond, Virginia, on Thursday, Nov. 4, 2021.
(Carlos Bernate/Bloomberg via Getty Images)

“Nevada, Wisconsin, Pennsylvania and Michigan are all states where Biden won but performed worse than he performed in Virginia,” Coleman told Fox News.

The Center for Politics and the Cook Political Report have each moved Democrat-held governorships from either likely Democrat or lean-Democrat to tossups in recent weeks.

Kansas, Michigan, Pennsylvania and Wisconsin are all states with Democratic governors that are tossup races Republicans hope to win. Meanwhile, Democrats are eager about their chances in flipping the governor’s mansions in Arizona, Georgia, Maryland and Massachusetts.

“We have felt those races are competitive for a while because [Nevada Gov.] Steve Sisolak, [Michigan Gov.] Gretchen Whitmer and [Wisconsin Gov.] Tony Evers are vulnerable not only for their refusal to stand up to the Biden administration, but the challenges to their COVID-19 response,” Republican Governors Association spokeswoman Joanna Rodriguez told Fox News. 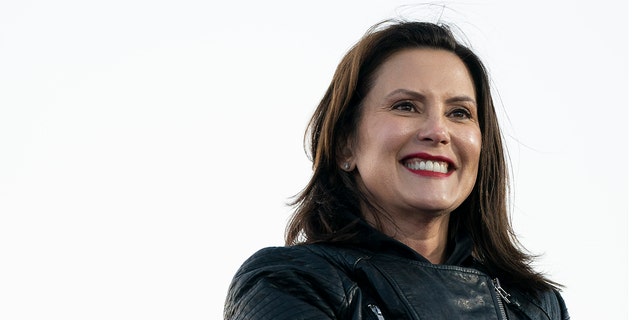 “The business-as-usual politics is failing their states. Kansas is extremely vulnerable because Laura Kelly had been silent on vaccine mandates and the border,” Rodriguez added. “Biden is failing and his numbers are plummeting. More Americans will see that Republican governors can preserve freedom and opportunity in their states.”

Even if the widely predicted red wave occurs for congressional races, Democratic governors could be somewhat insulated, said David Turner, spokesman for the Democratic Governors Association.

“We think that Democrats have strong records to run on regarding the issues people care about in their states,” Turner told Fox News. “We always believe that governors run outside the national trends. We’ve seen our candidates win in states such as Louisiana and Kentucky where Trump won big.”

Historically, governors aren’t hit as badly by the national waves that affect members of Congress. In the 19 midterm elections since the end of World War II, the president’s party has lost a net of four governorships per election, according to the Center for Politics.

Turner noted there are strong opportunities for his party.

“We are optimistic about Massachusetts, Maryland and Georgia for different reasons,” Turner added. “In Georgia, the party is united around Stacey Abrams and whichever Republican emerges from the primary is going to be deeply wounded.”

Coleman, of the University of Virginia Center for Politics, noted that Biden and Trump could each have a distinctive impact on the 2022 gubernatorial campaigns that will vary by state.

“We do have cases where governors’ races are overwhelmingly decided by the national environment, but sometimes they are decided entirely by state issues,” Coleman said about Biden’s approval rating.

“A big criticism was that Terry McAuliffe wouldn’t shut up about Trump in Virginia. But in 2021, Trump wasn’t as visible. It might be an effective strategy if Trump is more visible,” Coleman added. “On the other hand, for Republicans in Michigan and Wisconsin — states Trump won in 2016 — Trump could actually be helpful to candidates there.” 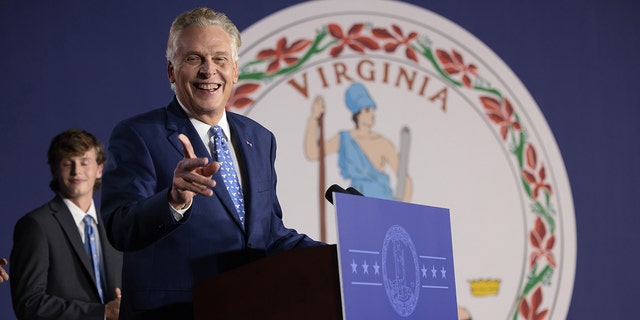 Trump has endorsed some gubernatorial candidates nationally, notably David Perdue, a former U.S. senator, challenging Georgia Gov. Brian Kemp in the state’s Republican primary. The winner of the rough primary will almost certainly face Democrat Stacey Abrams, a former Georgia legislator who lost to Kemp in 2018 but never accepted her loss as legitimate.

Abrams helped in Democratic Party building that led to Biden winning the state in 2020. But as a nationally polarizing figure, she will fire up the Democratic base and fire up Republicans to vote against her.

In Maryland, GOP Gov. Larry Hogan is term-limited, while in Massachusetts, Republican Gov. Charlie Baker opted against running for a third term to avoid a primary challenge from the Trump-endorsed candidate Geoff Diehl. Both of these races are ranked as “likely Democrat” by the Cook Political Report. Trump endorsed state Del. Dan Cox, a Republican running for Maryland governor, while Hogan supporters are backing state Secretary of Commerce Kelly Schulz.

In Nevada, Democrat Gov. Stephen F. Sisolak is defending his seat in a state Biden won by less than 3%. Republican Dean Heller, who lost reelection to his Senate seat in 2018, is running for governor but faces Clark County Sheriff Joe Lombardo in a Republican primary.