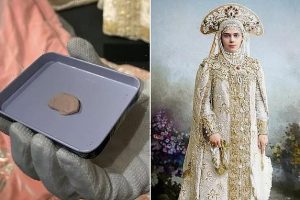 A pebble-sized piece of fudge was found in the ball gown worn by Grand Duchess Xenia Alexandrovna – the eldest sister of Russia’s last tsar – 118 years ago.

The small sweet was found in the gown’s sleeve by a restoration expert who then tasted it.

Tsar Nicholas II’s sister wore the beige long-sleeved dress to a ball in 1903 to celebrate the Romanov dynasty’s 290th anniversary at the Winter Palace in St Petersburg. 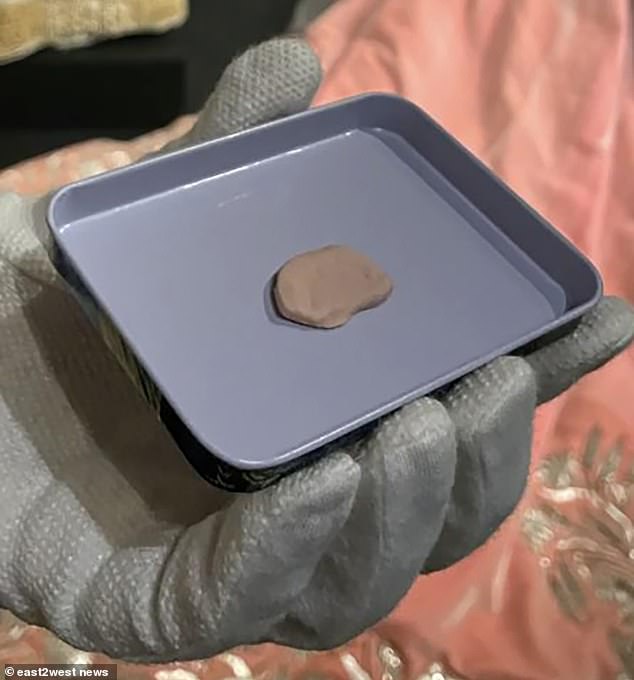 Galina Fedorova, the lead restorer at the city’s Hermitage Museum, had been restoring the gown for months before she came across the sweet surprise.

She said in an Instagram video posted to the museum’s account: ‘I lifted up one sleeve, and everything was great.

‘I tried the other and it was sewn up.’

Ms Fedorova explained that she initially tried to reach into the sleeve, but her hand was too short. 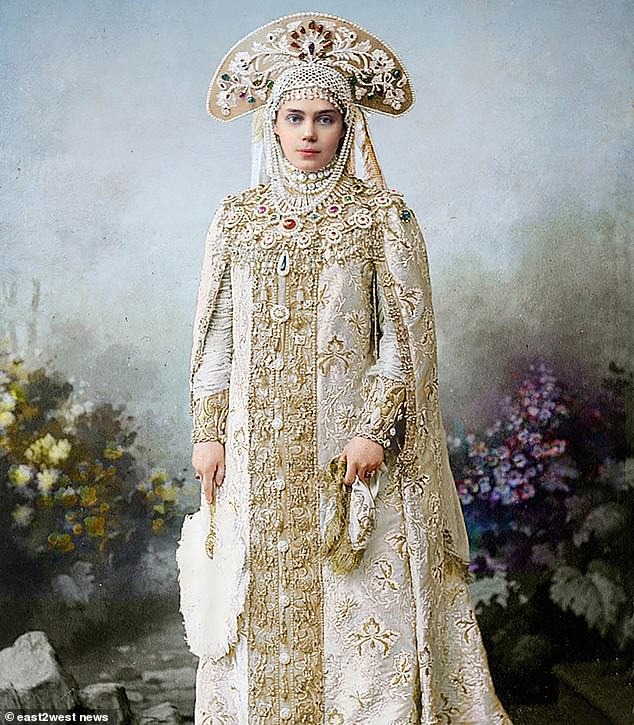 But the fudge fell into her hand after she tugged at the thread, and put it in her mouth on ‘instinct’.

She added: ‘For some reason – I think maybe some ancient instinct kicked in – I took it and licked it a little bit.

The piece of fudge was later analysed in a laboratory, and was found to contain no viruses or mould. 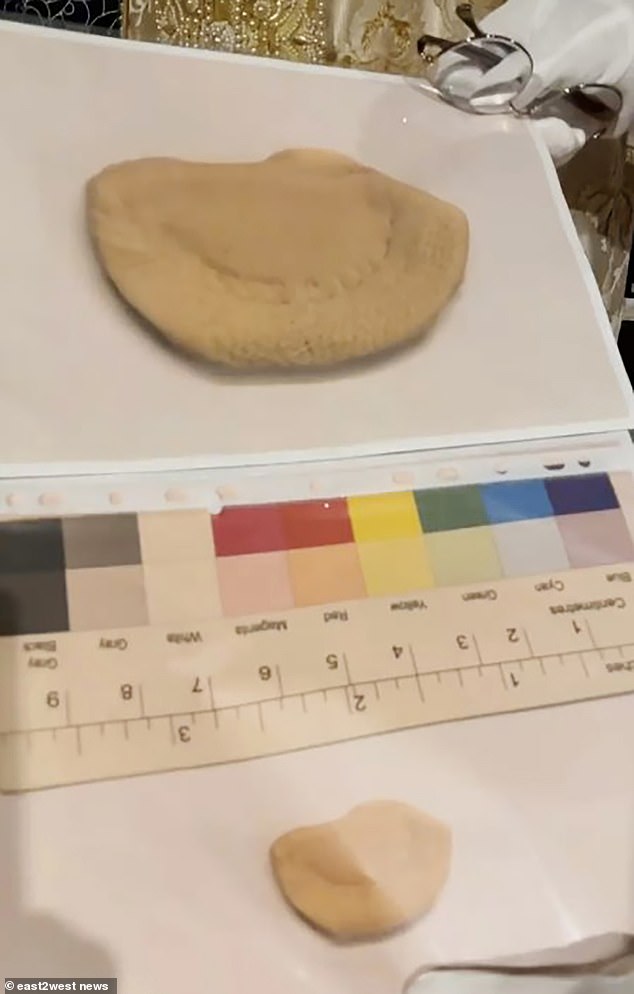 Galina Fedorova, said she was surprised to see the small unknown object fall out of the sleeve, and decided to taste it 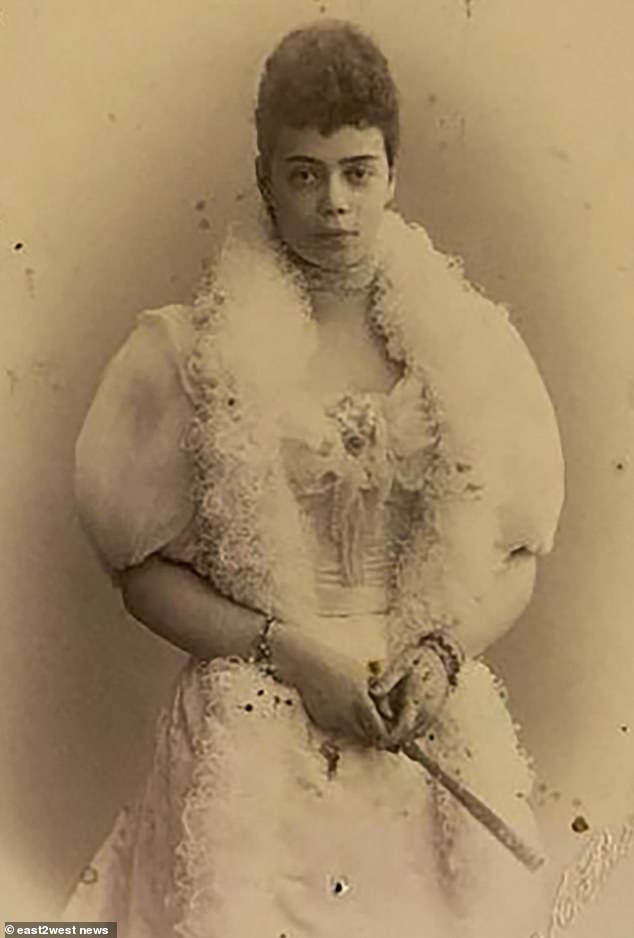 The Grand Duchess Xenia Alexandrovna portrayed in 1890. She escaped to Crimea in 1918

Ms Fedorova said it’s likely the Grand Duchess snuck away the sweet because she got hungry before dinner, with French cuisine on the menu, was served.

It’s thought the royal then tucked it away into her sleeve because there was no other good place to put the remnant of her fudge away. 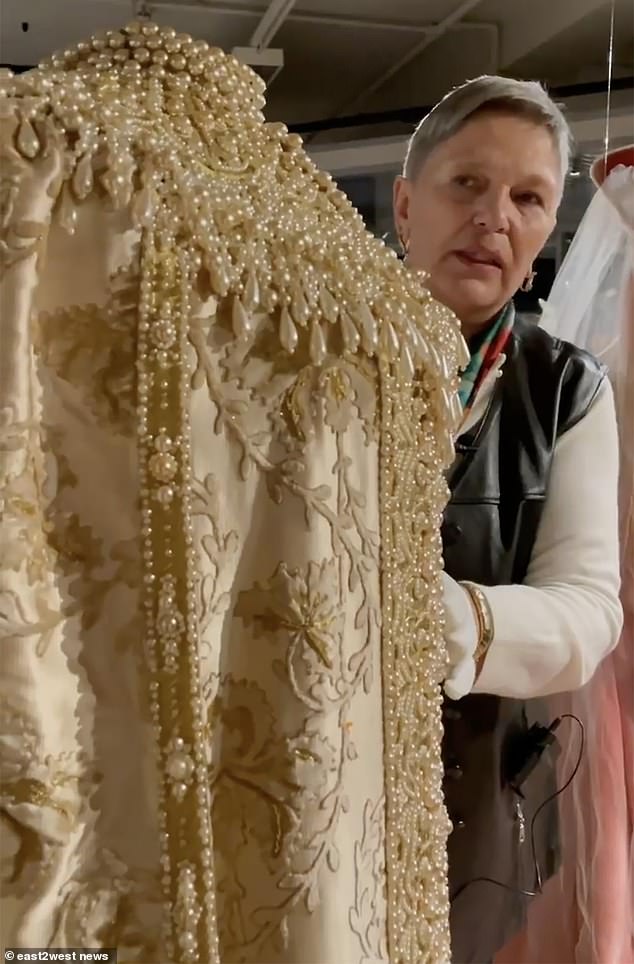 Some 400 guests attended the ball, many thought to have been adorned in elaborate 17th-century costumes decorated by furs, gems and jewels.

The elaborate display of royal opulence would be followed by turmoil in the following year, when the Russo-Japanese war began.

The Russian Empire suffered a series of humiliating defeats in the conflict, creating tensions which ultimately led to the Russian Revolution in 1917, archive site History reported.

Xenia Alexandrovna escaped to Crimea in 1918 after Nicholas II and his family were killed, and was eventually evacuated to England.

The duchess lived to be 85-years-old and died in a house on the Hampton Court Palace grounds in 1960.