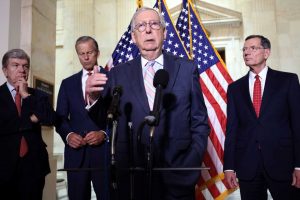 The Senate voted 54-35 Friday on whether to debate the measure, which fell short of the 60 votes needed to overcome a GOP filibuster, which blocks debate of the measure. The House had approved legislation to create the commission with support from 35 Republicans.

“I can’t image anyone voting against the establishment of a commission on the greatest assault, since the Civil War, on the Capitol,” President Joe Biden said Thursday in Cleveland.

Senate Majority Leader Chuck Schumer, D-N.Y., called the vote to focus the spotlight on Republicans who were reluctant to study what provoked the attack left five dead and 140 police officers injured.

“We have to investigate, expose and report on the truth. We need to establish a trusted record of what really transpired on Jan. 6 and the events that preceded it,” Schumer said. “The truth of the matter seems to be that Senate Republicans oppose the commission because they fear that it might upset Donald Trump and their party’s mid-term messaging.”

To hasten a vote on the commission, the Senate postponed votes to complete research-and-development legislation to counter China until June. Among its many facets, the measure would boost the semiconductor industry and spur efforts to compete better against China in science and technology. But the measure that enjoys broad bipartisan support became contentious because a handful of Republican senators sought amendments for issues such as better securing the southern border.

Senate Minority Leader Mitch McConnell, R-Ky., opposed the commission. He said the Justice Department is already prosecuting 445 suspects in the attack, with more arrests expected. Legislative committees are already holding hearings and drafting recommendations to prevent another attack, he said.

McConnell accused Democrats of wanting to relitigate Trump, who was impeached in the House and charged with inciting the insurrection. The Senate acquitted Trump.

“Obviously the role of the former president has been litigated exhaustively – exhaustively – in the high-profile impeachment trial we had here in the Senate several months ago,” McConnell said. “I do not believe the additional extraneous commission that Democratic leaders want would uncover crucial new facts or promote healing.”

Sen. Mike Rounds, R-S.D., said the Justice Department could never share its information about the cases until they are prosecuted, but that he would support a commission once those investigations are complete. 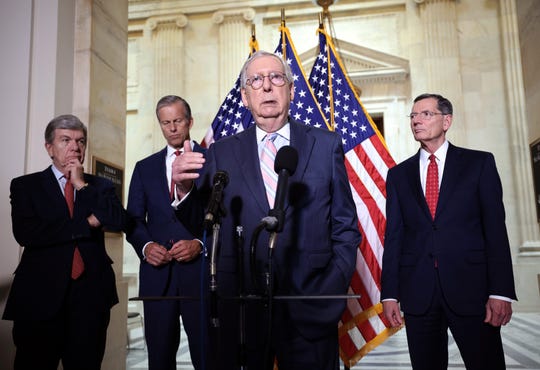 “They put their lives on the line,” said Sicknick, who called opposition to the commission “a slap in the face.”

Sen. Ron Johnson, R-Wis., met with Sicknick for what he called a respectful conversation. But he opposed the commission because he expects partisan results.

“I’m not sure what other questions remain unanswered after all those investigations,” Johnson said. “This would be a political commission. That’s the bottom line here and that’s why I won’t support it.”

Sen. Mitt Romney said his meeting with Sicknick was a chance to express his condolences and “hear about the experiences of the two officers who were involved as well.”

Murkowski, who also supports the commission, said she shared “serious hugs” with Sicknick’s relatives and the officers.

“I am heartsick that you feel that you need to come and advocate to members of Congress that we stand up and say, ‘The truth is hard, but the truth is necessary,'” Murkowski said she told them. 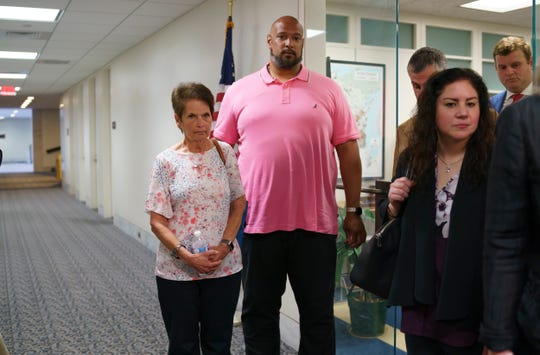 Gladys Sicknick, left, mother of U.S. Capitol Police Officer Brian Sicknick, who died from natural causes after he was sprayed with chemicals during the Jan. 6 mob attack on Congress, leaves a meeting with Republican Sen. Ron Johnson of Wisconsin after advocating for creation of an independent commission to investigate the assault, at the Capitol in Washington, Thursday, May 27, 2021. She is escorted by Harry Dunn, center, a U.S. Capitol Police officer who faced the rioters on Jan. 6., and Sandra Garza, far right, partner of Brian Sicknick. (Photo: J. Scott Applewhite, AP)

Four former secretaries of the Department of Homeland Security – Republicans Tom Ridge and Michael Chertoff and Democrats Janet Napolitano and Jeh Johnson – urged Congress to create a commission in a joint statement Thursday.

“We must understand how the violent insurrection at the Capitol came together to ensure the peaceful transfer of power in our country is never so threatened again,” the statement said.

But even among the seven Republicans who voted to convict Trump at his impeachment trial earlier this year, opinion was divided.

“I don’t want to know, but I need to know. And I think it’s important for the country that there be an independent evaluation,” Murkowski said. “To be making a decision for the short term political gain at the expense of understanding and acknowledging what was in front of us, on Jan. 6, I think we need to look at that critically.” 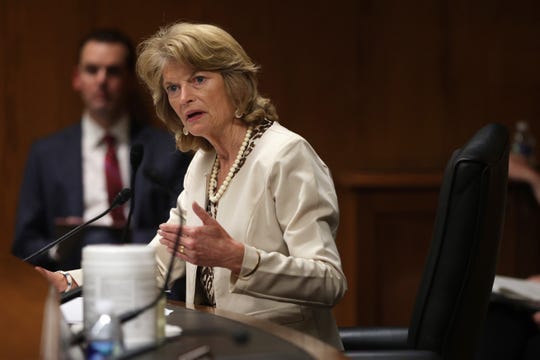 Despite his own support, Romney said others think the investigations by the Homeland Security and Rules committees will be enough.

“I think the attack on the building was a very severe attack on democracy and is having shockwaves waves around the world,” Romney said.

Sen. Richard Burr, R-N.C., opposed it because legislative committees are already reviewing the attack and drafting recommendations to prevent another one.

Collins proposed changes in how the commission staff is chosen and a firmer deadline for a commission report, in an effort at compromise. But other Republicans said the changes weren’t enough to win support.

Cassidy said if the concern was that the commission would be partisan, Schumer and House Speaker Nancy Pelosi, D-Calif., could simply appoint special committees to study the attack.

“There is no excuse for any Republican to vote against the commission, since Democrats have agreed to everything they asked for,” said Sen. Joe Manchin, D-W.Va., a key swing vote. “Mitch McConnell has made this his political position, thinking it will help his 2022 elections. They do not believe the truth will set you free, so they continue to live in fear.”

The 10-member commission would have had half its members appointed by Democratic congressional leaders and half by Republicans. If it had been approved, it would have: