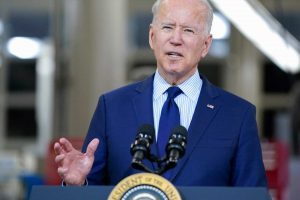 “I’m mad as hell and I’m not going to take it anymore,” the broadcaster turned prophet Howard Beale ranted in the anti-media classic Network.

Listening to the reaction against Israel’s war with Hamas in Gaza, especially the number of civilian casualties from just about everybody – Europeans; the UN; human rights organizations; the Arab League; the Organization of the Islamic Conference and perhaps most surprisingly many mainstream Democrats in Congress, you’d think we’d reached a Howard Beale tipping point.

And maybe we have.

Biden may not be a big fan of Netanyahu

But one very important guy isn’t likely going to be shouting out of windows anytime soon. And it’s not because he’s such a fan of Benjamin Netanyahu. After all he’s seen the Bibi movie before when in 2010 as vice-president, the Israeli Prime Minister surprised and humiliated him by announcing a major housing expansion in east Jerusalem. He is most assuredly a very pro-Israeli president; but not a narrowly pro Netanyahu one. And if Israel’s Prime Minister is looking for a fight, Biden will oblige. But the President isn’t looking for one; And here’s why.

Governing is about choosing. And challenged with the greatest task of national recovery since Franklin Roosevelt, without his large margins in the House and Senate, Biden is much more focused on domestic priorities, including fighting COVID, passing infrastructure and police reform bills, and combating a degree of political and racial polarization not seen in this country for decades. He’s certainly determined to restore America’s leadership abroad but his foreign policy priorities are China; and climate, not the Middle East, let alone an Arab-Israeli peace process not ready for prime time. 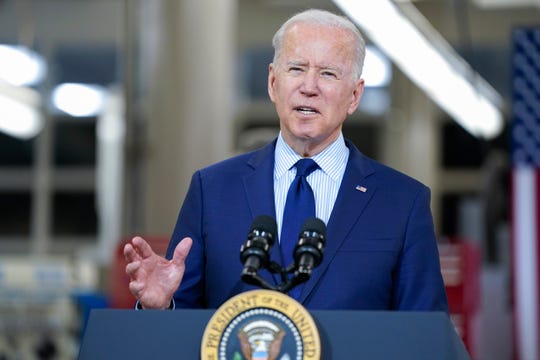 Other than a brief mention of Yemen, President Biden failed to even mention the Middle East in a major speech at the State Department in February. The current Israeli-Palestinian crisis has forced the Administration to intervene. But there’s nothing to indicate yet in Blinken’s recent trip to consolidate the cease-fire and marshal aid to Gaza or in Biden’s public remarks that the president is looking to embark on a major Middle East peace initiative.

Biden has long been a strong supporter of Israel; and there’s little in this current crisis that suggests he’s looking for a major fight with Netanyahu. While he did finally press the Israeli Prime Minister for a cease-fire, a full week went by in which he stood by Netanyahu’s campaign against Hamas, supported Israel’s right to defend itself, blocked any action in the UN Security critical of Israel and never even used the words cease-fire. to avoid the tougher public criticism of Netanyahu during the Obama years, Biden stressed the need for quiet behind the scenes diplomacy. Indeed, when it comes to Israel, if there’s any presidential modelling at work, Biden is more like Bill Clinton than his former boss Barack Obama who pressed Netanyahu on both the Iran nuclear accord and the peace process at the same time. Both are veteran pols in a political system where being “good” on Israel is smart politics and where a pro-Israeli sensibility is deeply ingrained in their political DNA. With America’s effort to reenter the Iran nuclear accord – an agreement Netanyahu can’t abide – perhaps nearing a critical point, Biden’s pro-Israeli credentials may soon be tested.

The aliens haven’t landed: Why you should be skeptical of recent reports on UFO sightings

Fighting with Israel is an occupational hazard. And presidents have surely done it when the fight promises a big foreign policy success that makes the fight worthwhile and necessary. Richard Nixon and Henry Kissinger fought with Israel plenty over the diplomacy in wake of the 1973 war; Jimmy Carter battled Menachem Begin over settlements on the way to an Egyptian-Israeli peace treaty; and George H.W. Bush (41) and James Baker pressed Israel on the same issue enroute to a successful Madrid peace conference. But wrestling with the Israelis on a peace process that’s comatose, where the mistrust between Israelis and Palestinians is deep and toxic and where there’s zero chance of a big accord hardly seems worth the effort.

Support for Israel from the Democrats

It’s true that Biden has more political cover for such a fight if it should come. Progressive Democrats are already pushing the Administration to go beyond a cease-fire and take on Israel’s occupation policies that harm Palestinians. And this recent  crisis been seen more criticism from the party’s traditional supporters of Israel too. And if Netanyahu tries to sabotage America’s Iran policy or moves ahead with a major settlement expansion, Biden will push back.

Still, support for Israel in the Democratic party is strong, especially when it comes to Iran and Hamas. And Biden knows fighting with Israel is bad politics with very little margin for gain. Sure the progressives will love it; but mainstream Democrats won’t and Republicans will use it as Trump did to paint the whole Democratic party as hostile to Israel. Indeed, if the administration’s efforts to reenter the Iran nuclear accord  succeed – and reports from the Vienna talks suggest progress  – will have his hands full trying to manage  a deal deeply opposed by Israel and many influential voices within his own party. Indeed, the last thing a busy, overburdened, president needs is a distracting and messy fight with a close ally. And Joe Biden will go to considerable lengths to avoid picking one.

Aaron David Miller is the senior fellow for Geoeconomics and Strategy at the Carnegie Endowment for International Peace.