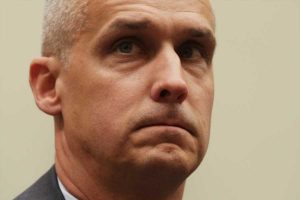 A Republican donor has accused Corey Lewandowski, a longtime political adviser to former President Trump, of inappropriately touching and sexually harassing her at a recent charity event in Las Vegas.

Trashelle Odom, who is married to Idaho construction executive John Odom, said Lewandowski inappropriately touched her and made “vile” comments to her during the charity event held on September 26th at the restaurant of Las Vegas resort, Politico reports. In a statement, Odom told Politico that Lewandowski “repeatedly touched me inappropriately, said vile and disgusting things to me, stalked me, and made me feel violated and fearful.”

Odom also accused Lewandowski of repeatedly touching her legs and buttocks. “I am coming forward,” she said in her statement, “because he needs to be held accountable.”

Trump Takes Another L, This Time to Omarosa

The United States of Weed

David Z. Chesnoff and Richard Schonfeld, two Las Vegas-based criminal defense attorneys representing Lewandowski, told Rolling Stone in a statement: “Accusations and rumors appear to be morphing by the minute and we will not dignify them with a further response.”

The event attended by Odom and Lewandowski was held at a restaurant attached to the Westgate Las Vegas Resort & Casino. According to Politico‘s reporting, which cited four people with firsthand knowledge of the event and Lewandowski’s alleged behavior, the dinner was part of a multi-day fundraiser for a charity devoted to combating substance abuse and attendees included major Republican donors. Trashelle Odom’s name does not appear in federal campaign-finance records, but according to Politico the Odoms donated $100,000 to a Republican super PAC. They are considering asking for their money to be returned as they consider possible legal action.

Lewandowski sat next to Odom at the dinner and, according to a family lawyer for Odom, Lewandowski allegedly commented to Trashelle Odom about “the size of his genitalia” while also speaking about his sexual behavior in crass terms, Politico reported.

In her statement, Odom said that Lewandowski was “verbally and physically aggressive and forceful,” making her “fearful for my physical safety.” She also said that she feared Lewandowski’s stature and influence in Republican politics gave him the “power to destroy and ruin everything my husband and I have been working on in our business, personal and charitable endeavors.”