Astonishing moment elephant cries out after antelope falls in water 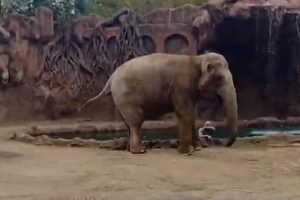 This is the incredible moment an elephant trumpeted in distress after an antelope fell into a pool in its enclosure.

Footage shows the elephant, 60, in obvious distress and pacing up and down the side of the pool as the antelope struggled in the water at La Aurora Zoo, Guatemala City.

Visitor Maria Isabel Diaz Ruiz de Llarena filmed as the huge animal wailed and even appeared to offer her trunk to pull the animal out of the pond.

Maria posted the video on Facebook and wrote: ‘Today, I was lucky enough to witness something very beautiful. An elephant seemed desperate to warn zookeepers that an antelope was drowning. 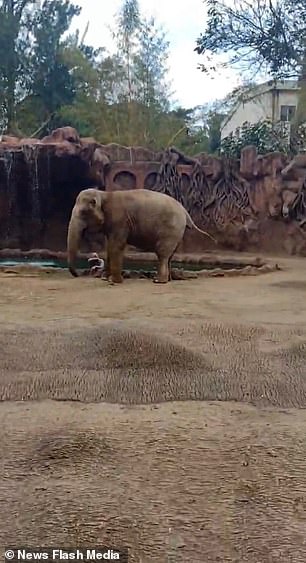 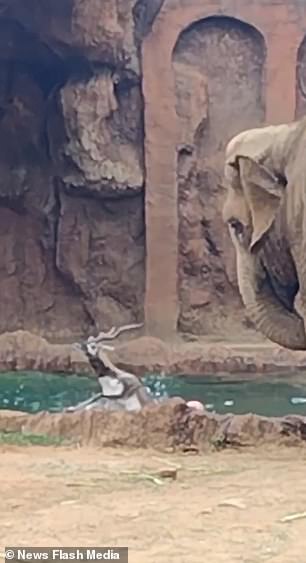 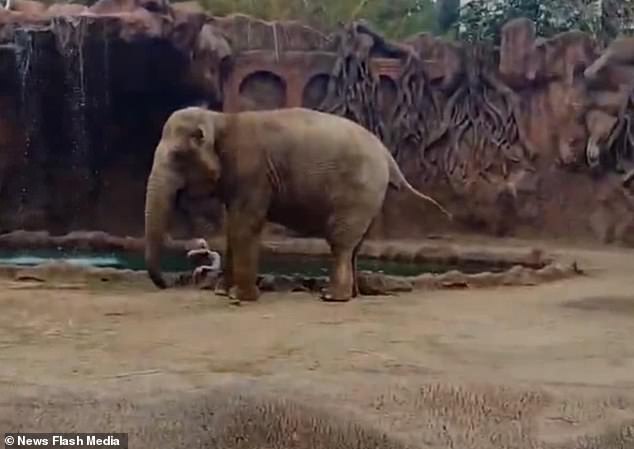 ‘In the end, it was rescued by a brave worker.’

But as the elephant paces around the edge of the pool, one heroic zookeeper dives into the water to lift the antelope out.

Finally, the elephant seems to calm down as the deer runs off to rejoin its herd and onlookers let out a massive cheer.

Zoo vet Alejandro Striedinger said Trompita appeared to show affinity toward the antelope as she shares her enclosure with the species. 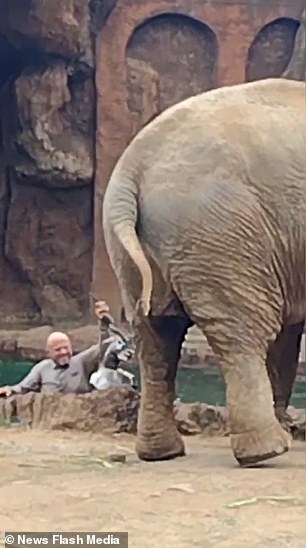 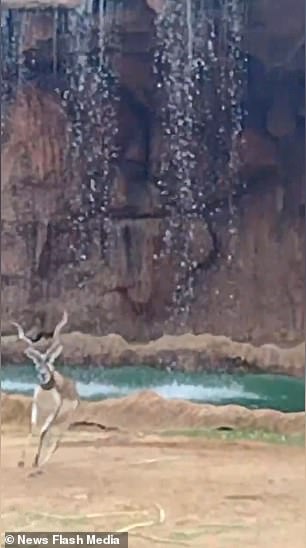 The zookeeper exposes himself to risk when he jumps into the water next to the flailing deer (left). Right: the antelope is freed from the water and able to roam around free

But Striedinger added the antelope was never in any real danger as the pool has islands and shallow parts so the animals can always get out by themselves.

He said the incredible scene was ‘very beautiful’.

Trompita is 60 years old and has been at the Guatemalan zoo for 14 years.

She was rescued from a local circus where she was raised and forced to perform routines.

Trompita’s amazing feat follows images of a Sri Lankan baby elephant appearing to leap onto the back of its friend to take a rest.

Photographer Pathum Bandara said he was amazed by the sight.

Mr Bandara, 34, gushed: ‘Baby elephants are very playful, and whilst I was observing a heard of over 200 elephants I spotted these two messing around.

‘The little elephant looked like he was trying to steal a free ride as he rested on another! He looks so mischievous as he looked in my direction.’