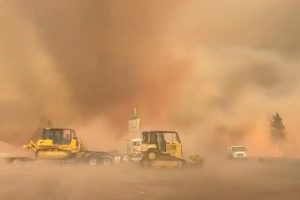 THIS is the terrifying moment a fire tornado ripped up trees in California as firefighters continue to battle wildfires.

National Weather Service Medford took to social media this week to share the shocking footage of a "fire whirl" from June 29, 2021. 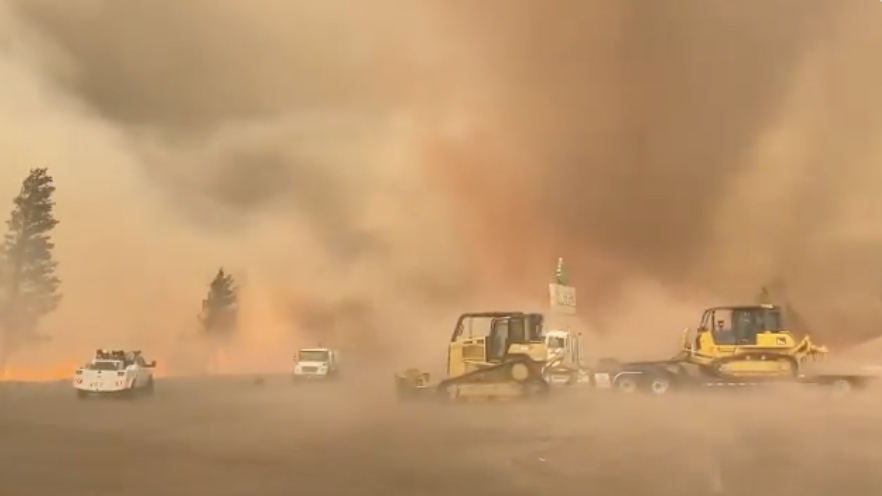 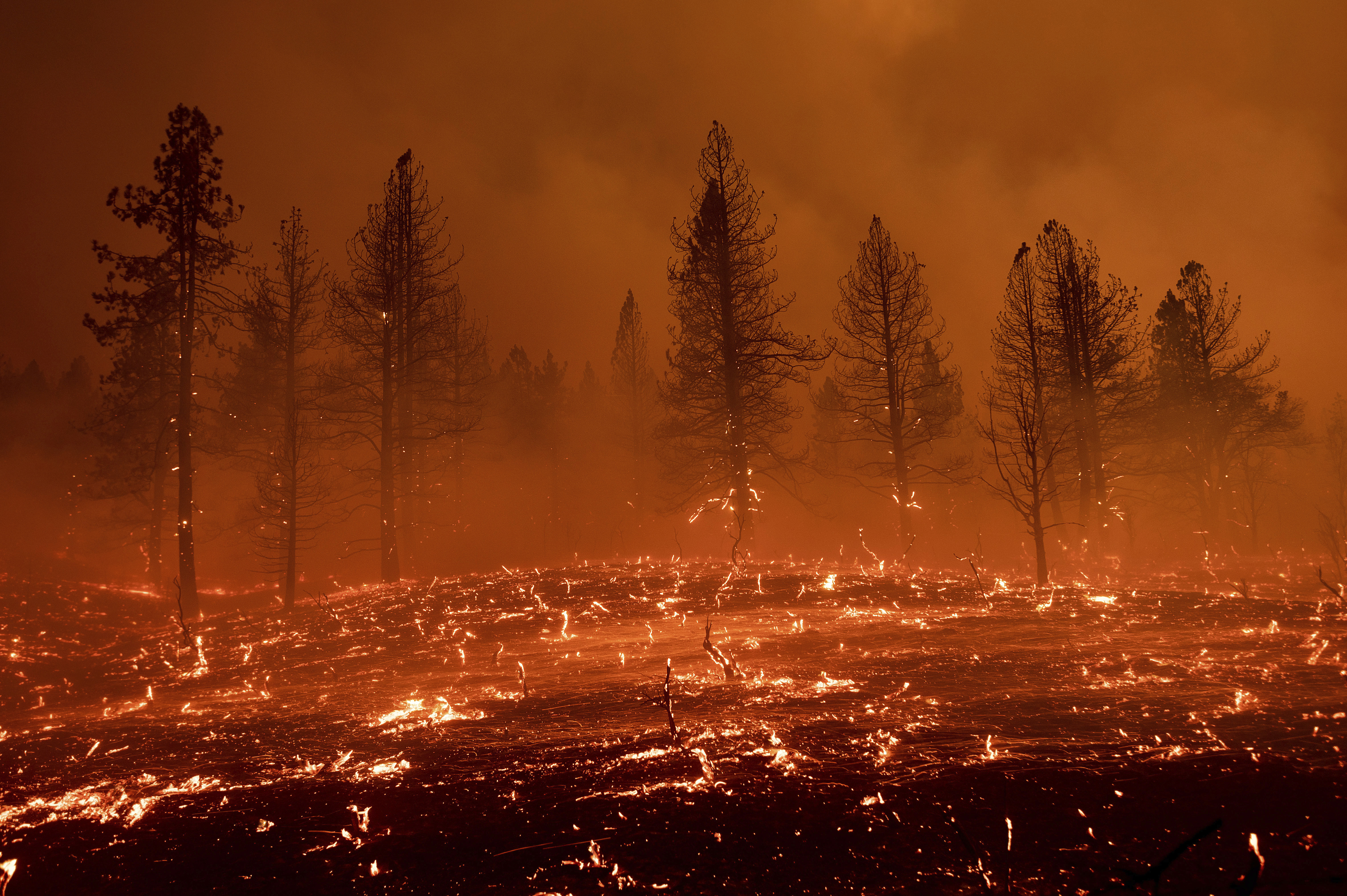 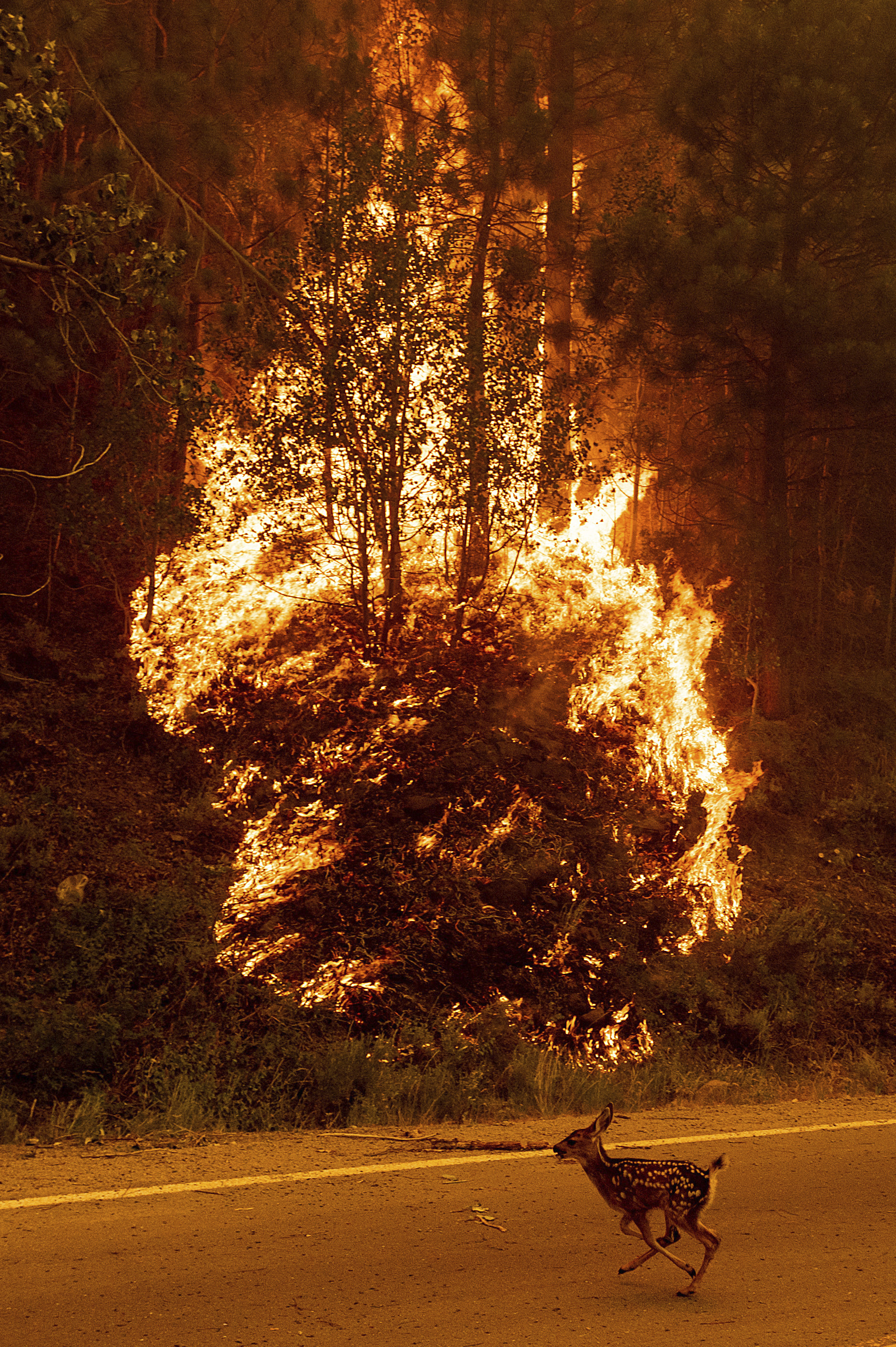 NWS Medford explained the unique occurrence was a result of the Tennant Fire, which started one day before in the Klamath National Forest in northern California's, Siskiyou County.

The weather service's tweet read: "Here is a video of a fire whirl from the #TennantFire on June 29th. After a survey from the IMET, this was likely the rotation our radar was picking up on the 29th.

"Credit to the US Forest Service for taking this video."

A follow-up tweet explained that radar picked up an "anticyclonic rotation on the 29th."

The footage captured the mesmerizing sight of what looked similar to a tornado —with an immense amount of smoke and fire swirling in the air.

The United States Department of Agriculture Fire Service defines a fire whirl as a "spinning vortex column of ascending hot air and gases rising from a fire and carrying aloft smoke, debris, and flame." 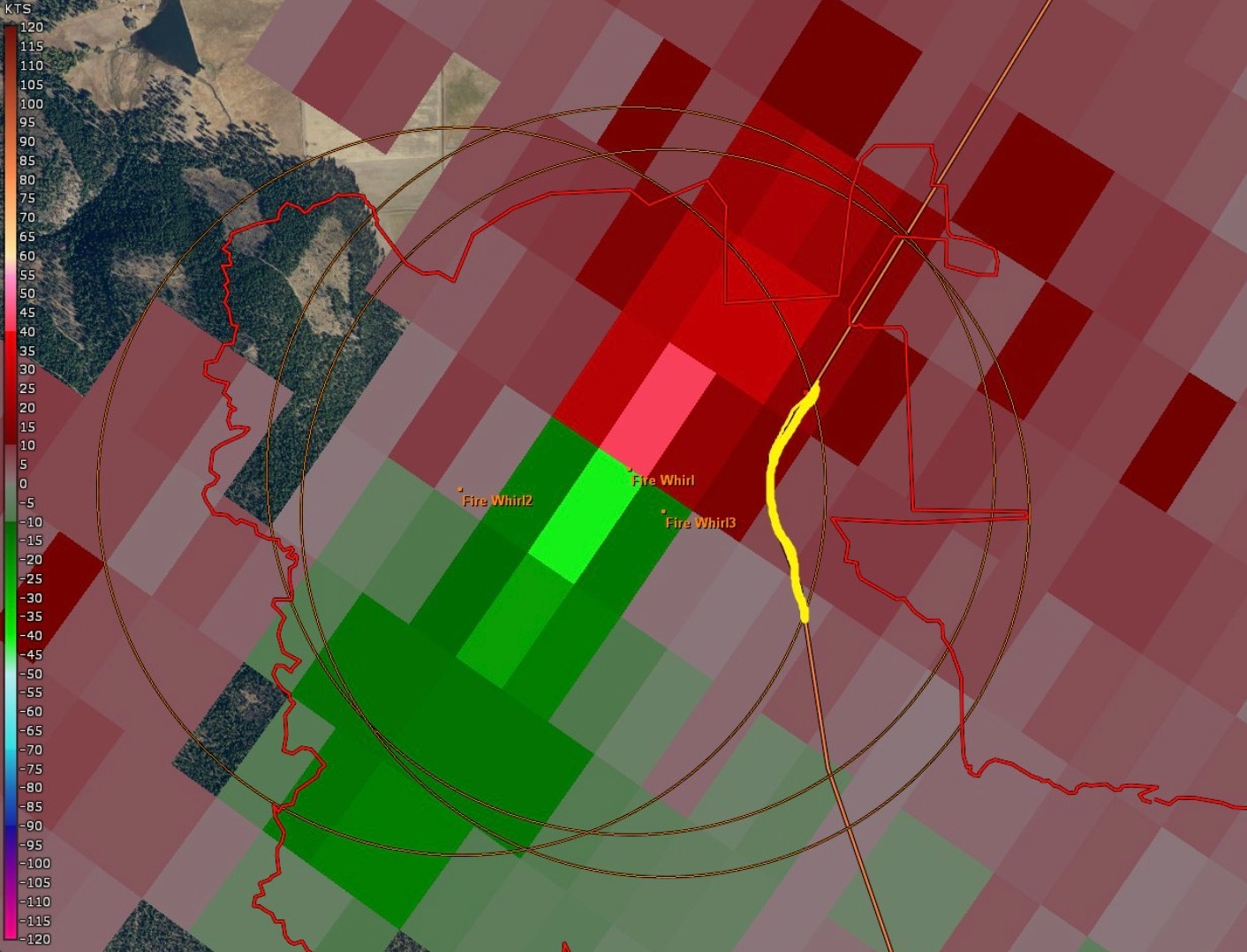 "Fire whirls range in size from less than one foot to more than 500 feet in diameter," it adds. "Large fire whirls have the intensity of a small tornado."

In the video, which has since obtained more than 122,000 views on Twitter, some trees can be seen in the distance, along with thick smoke and a handful of crew vehicles.

"Firefighting resources have been assigned to isolate the areas of heat remaining and extinguish them.

"Due to the current heatwave and critically dry fuels, fire managers are anticipating some flare-ups within the interior of the fire, but they should not pose a threat to the control line." 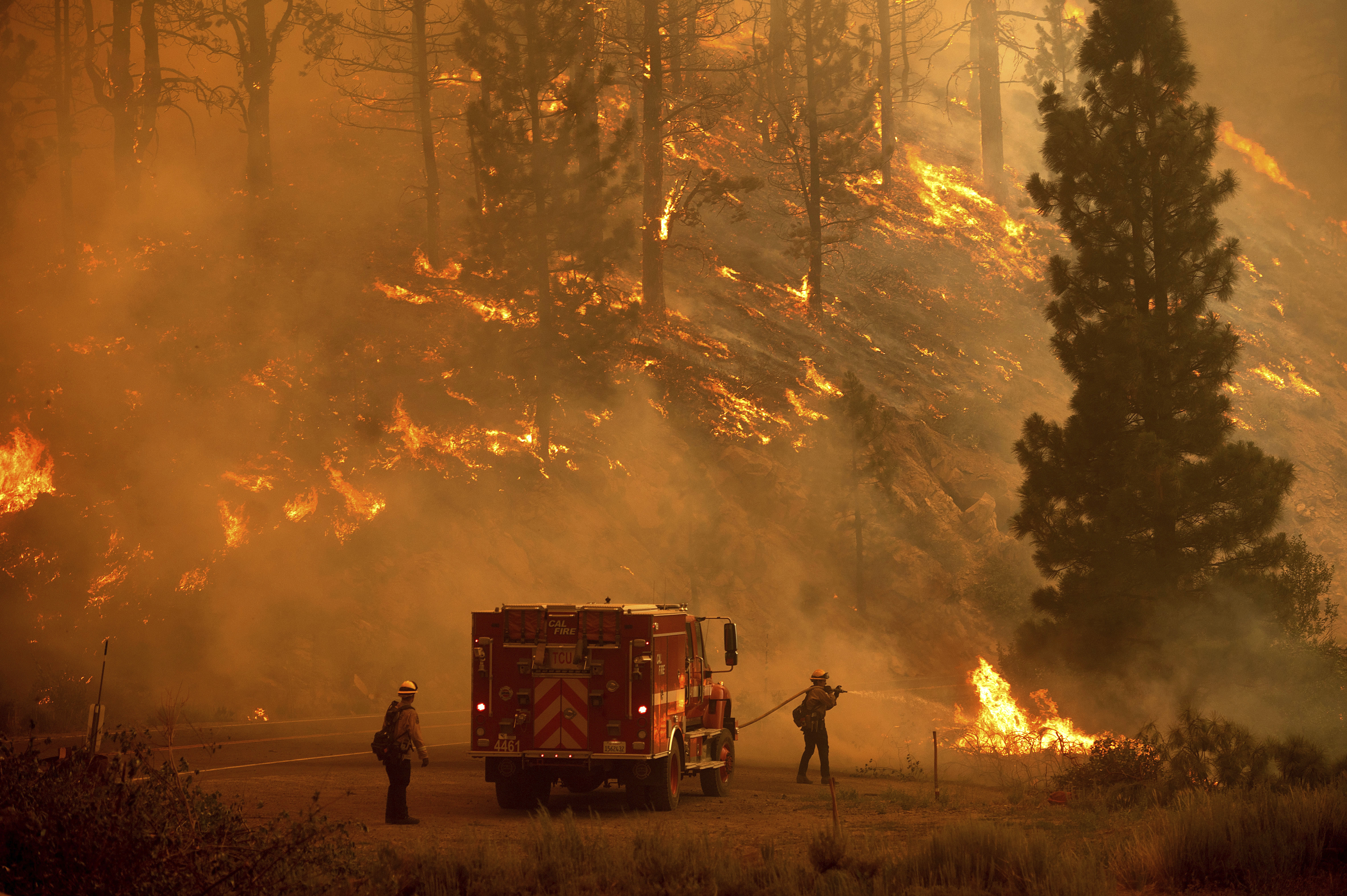 Meanwhile, authorities have revealed another wildfire in California has sent a massive amount of smoke into the air and created its own lighting, The Los Angeles Times reports.

The Sugar Fire, which doubled in size in approximately 24 hours, began on July 2, has since spread to 54,421 acres and is only eight percent contained.

Lisa Cox, information officer for the Beckwourth Complex Fire, told the LA Times: "As long as it’s this hot and we have these low humidities, it’s kind of hard to tell when and where we’re going to catch this."

She told the news outlet that "group torching and long-range spotting … increases the velocity of the spread of the fire because the fire’s actually moving amongst the treetops.

"Basically, it just runs across the trees until it runs out of trees," she added.

And a deadly heatwave pushed temperatures to record highs at the end of June in the Northwest as California's drought has led to an invasion of rattlesnakes.

Also last month, the record-breaking heatwave across the West of the US has prompted a state of emergency in California.

The state of emergency means officials can ramp up power plants operations if necessary to meet electricity demand.

That came after the state's power grid operator asked Californians to "pitch-in" and conserve energy where possible.