Chinese scientists develop mask that detects COVID in the air 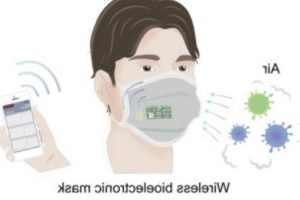 Singapore: Chinese researchers have developed a mask that lets users know if they’ve been exposed to COVID-19 or the flu, a development that could help vulnerable populations even as the use of face coverings falls and more nations ease virus restrictions.

A sensor built into a mask was able to detect the COVID-19, H5N1 and H1N1 influenza viruses in the air within 10 minutes and send notifications to a device, according to the study led by six scientists working with Tongji University in Shanghai. The peer-reviewed findings were published in the scientific journal Matter on Monday. 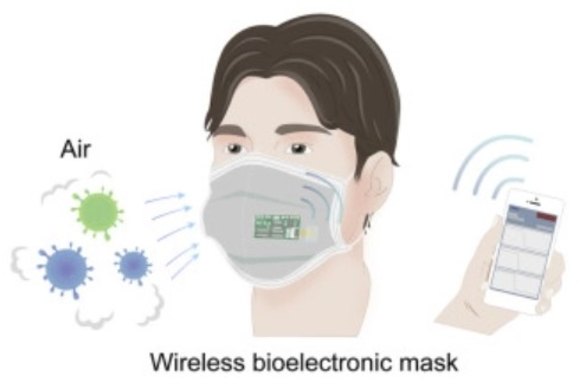 An artist’s depiction of the proposed COVID mask.Credit:Matter

While the pandemic prompted the widespread wearing of masks and a proliferation of designs — including a version with a microphone — the easing of COVID-related mandates in most major economies has led to a drop-off in use.

Still, mask use remains widespread in countries including China, which retains a strict COVID-Zero policy, while many people around the world continue to wear them to protect themselves and others from the virus regardless of government rules.

An Axios-Ipsos survey in early September found that 37 per cent of Americans wear a mask outside the home at least sometimes, down from 89 per cent two years ago.

The new device, which is mounted outside the mask with a rechargeable lithium battery, was tested by spraying pathogens on it in an indoor setting, simulating a likely scenario where someone is talking or coughing. Sensors responded to liquid about 70 to 560 times less than the amount produced in a sneeze, sending alerts to wireless devices like a phone.

The researchers said that the device was best used in enclosed spaces where the risk of infection is high, and are working on shortening the detection times and sensitivity of the device, which can be configured for different viruses if necessary. No cost estimates were published on the accessory.