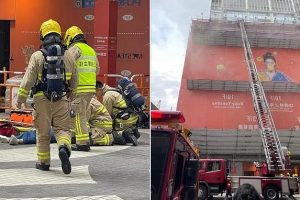 Hundreds of people are trapped on the roof of the World Trade Centre in Hong Kong after a fire broke out inside, leaving at least one person injured.

The blaze broke out in the 39-storey skyscraper, located in the city’s Causeway Bay area, at 12.37pm Wednesday – triggering a huge emergency response as smoke poured from the building and filled a restaurant at the top of the tower.

Up to 300 people – diners and shoppers – were rushed to the roof to keep them safe as firefighters used ladders to bring people to safety.

Seven people were treated at the scene for the effects of smoke inhalation, with one woman – in her 60s – rushed to hospital in a semi-conscious state. 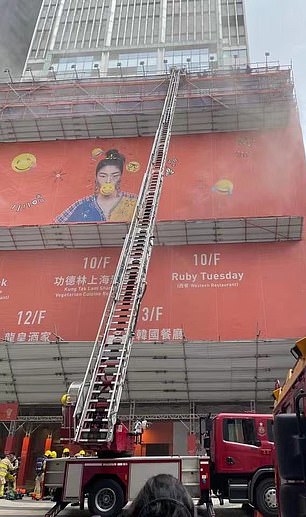 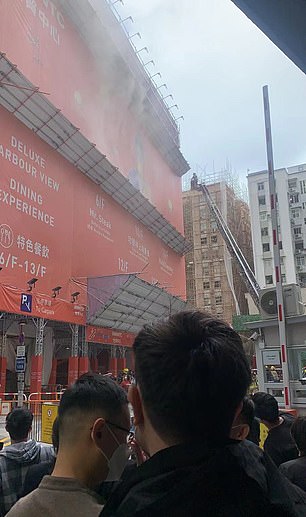 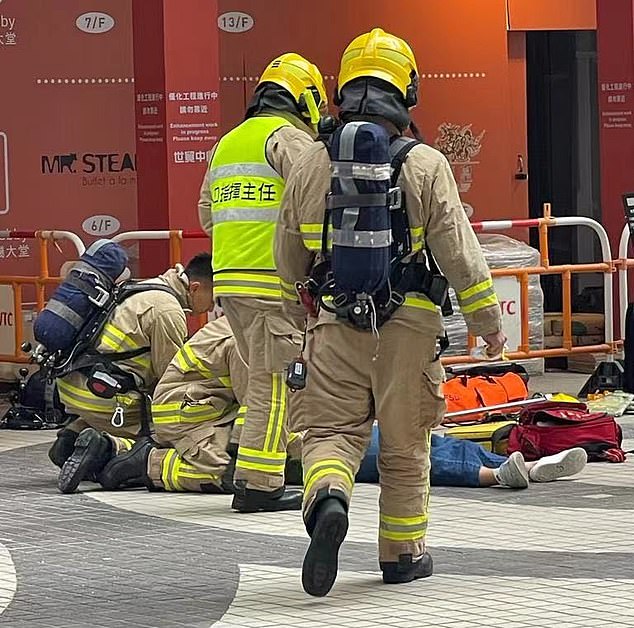 As of 2pm local time, fire crews had rescued 160 people – many of them office workers hauled to safety from an open-air area on the fifth floor.

But at least 300 more remained trapped in the building, the South China Morning Post reported, many of them shoppers and restaurant diners.