Expert calls China's Sinopharm vaccine 'the most unsafe in the world' 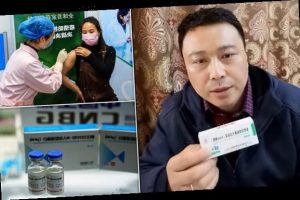 A Chinese doctor has caused controversy after calling the country’s COVID-19 vaccine ‘the most unsafe in the world’.

Dr Tao Lina, a vaccine expert from Shanghai, pointed out to his 4.8million social media followers on Tuesday that the jab developed by Beijing’s state-run drugmaker Sinopharm had 73 side effects.

After his remarks were widely reported outside mainland China, the medical worker today denied having criticised the vaccine and denounced foreign media outlets for ‘twisting’ and ‘exploiting’ his words. 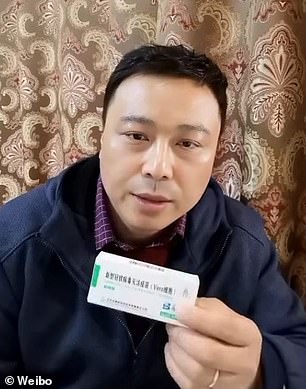 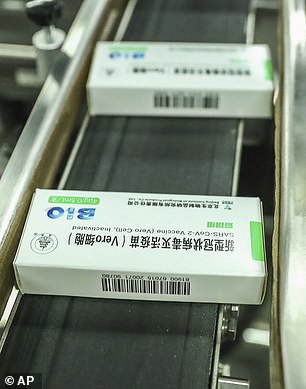 Dr Tao Lina (left), a vaccine expert from Shanghai, apologised to his fellow countrymen on Thursday after calling the COVID-19 jab developed by China’s state-run Sinopharm (right) ‘the most unsafe in the world’. Dr Tao claimed that his words had been ‘twisted’ and ‘exploited’ 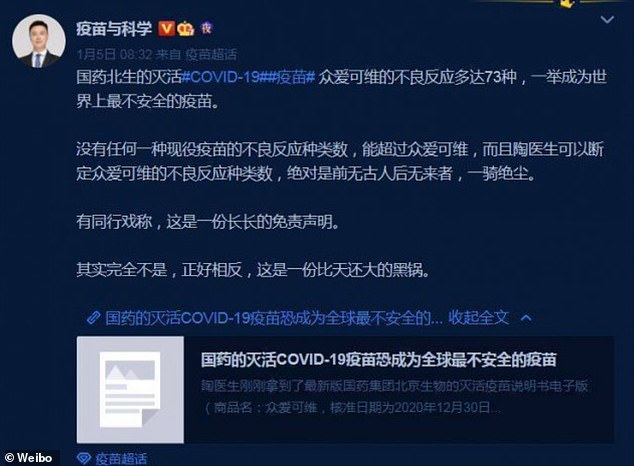 A screenshot of the post shows the medical worker wrote on Twitter-like Weibo that the jab had ‘as many as 73 side effects, catapulting it to be the most unsafe vaccine in the world’

Dr Tao claimed his controversial post, which has disappeared, had been written in an ‘extremely sarcastic’ tone.

He insisted that the Chinese treatment was ‘very safe’ and apologised to his fellow countrymen for his ‘imprudent’ choice of words.

On New Year’s Eve, Beijing’s health authorities granted ‘conditional’ approval to Sinopharm’s vaccine, which is reported to have an efficacy rate of 79.34 per cent.

The country is aiming to inoculate millions of people, mostly front-line workers and working-age population, before the upcoming Lunar New Year travel rush in mid-February. 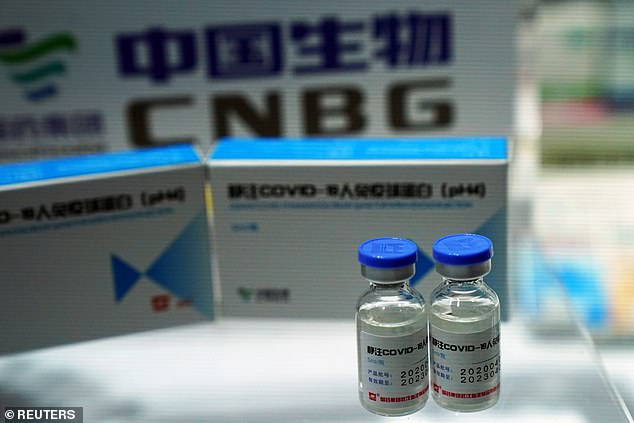 On New Year’s Eve, Chinese health authorities granted ‘conditional’ approval to Sinopharm’s two-dose vaccine (pictured), which is reported to have an efficacy rate of 79.34 per cent

The vaccine outrage came to light earlier this week when Dr Tao published a blog titled ‘Sinopharm’s inactivated COVID-19 vaccine feared to be the most unsafe vaccine in the world’.

The article was uploaded to Weibo, the Chinese equivalent to Twitter, but is no longer visible on Dr Tao’s account for unknown reasons as of writing.

A screenshot of the post shows the medic’s controversial comments about the anti-coronavirus product.

He wrote that the jab had ‘as many as 73 side effects, catapulting it to be the most unsafe vaccine in the world’.

Some of the listed side effects were pain around the injection area, headache, high blood pressure, the loss of vision and taste, and urinary incontinence.

The expert stated that none of the vaccines in the world ‘has more side effects’ than the two-dose COVID-19 regimen from Sinopharm and described the drug’s potential adverse impact as ‘unprecedented’. 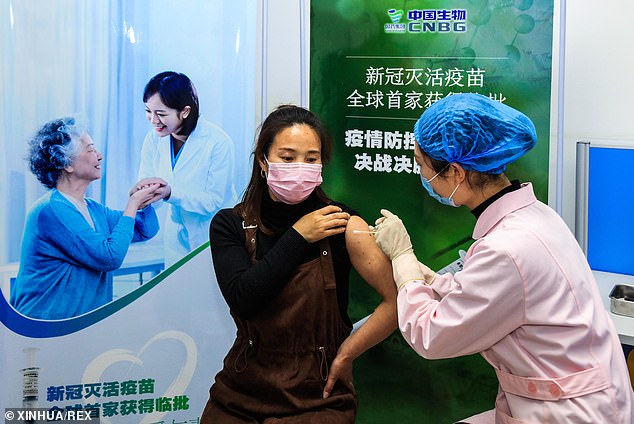 China is aiming to inoculate millions of people, mostly front-line workers and working-age population from 18 to 59, before the upcoming Lunar New Year travel rush in mid-February

Dr Tao’s assertions were quickly noticed and picked up by various news websites based outside mainland China, including Apple Daily, Voice of America and Taiwan News.

China.com, a website supervised by the Chinese Communist Party, also reported on Dr Tao’s post, but the article appeared to be inaccessible on Thursday.

In a Weibo post on Thursday, Dr Tao refuted allegations that he had blasted Sinopharm’s COVID-19 vaccine.

He argued that his previous blog was an ‘extremely sarcastic’ column aimed at pointing out the errors in the manual of the Sinopharm vaccine.

He claimed he had suspected that many of the side effects had been listed by mistake. Therefore, he decided to write a blog to mock the flawed handbook to call for the drugmaker’s attention.

To ensure his followers the safety of the medicine, Dr Tao claimed he had received the first dose of the Sinopharm vaccine and would get his second dose on Saturday.

‘Hereby, I extend my apologies to numerous web users and citizens across the nation, and express my despisal against the evil actions of overseas media,’ Dr Tao wrote. 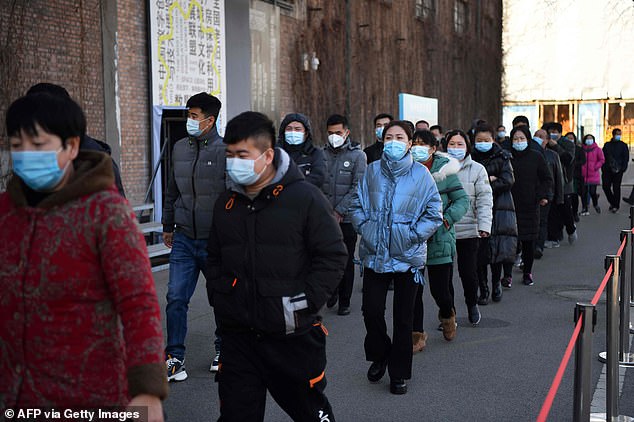 China’s capital city Beijing is racing to vaccinate nine ‘key groups’ of people ahead of Lunar New Year. Pictured, people walk to a COVID-19 vaccine center in Beijing on January 4 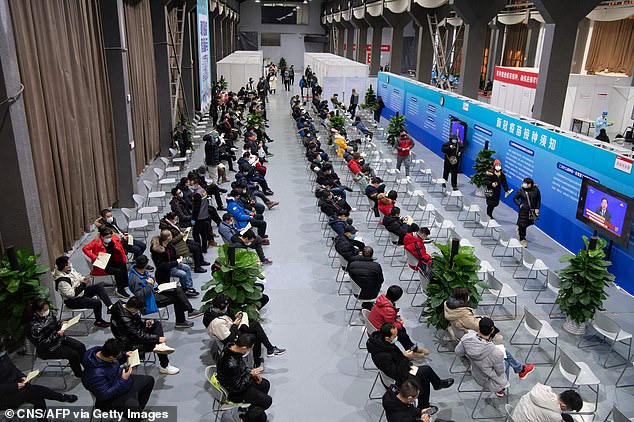 China is putting its working population at the top of the list. This photo shows people waiting to receive COVID-19 vaccines at a temporary vaccination centre in Beijing on January 3

The news came as China National Biotec Group (CNBG) said on Thursday that it had administered more than 4million COVID-19 vaccine doses as of January 4 via China’s emergency use programme.

Two vaccines respectively from two institutes owned by CNBG, a unit of Sinopharm, are included in China’s emergency vaccination scheme, which was officially launched in July targeting specific groups of people facing a high infection risk.

While the United Kingdom and other Western countries prioritise the immunisation of senior citizens and essential workers to reach herd immunity, China is racing to vaccinate those aged between 18 and 59 who work for the government and public services or have plans to travel overseas.

The country is putting nine ‘key groups’ of people ahead of the queue in its inoculation campaign.

Staff in the logistics and public utility sectors are also included. So are those who plan to study or work overseas. 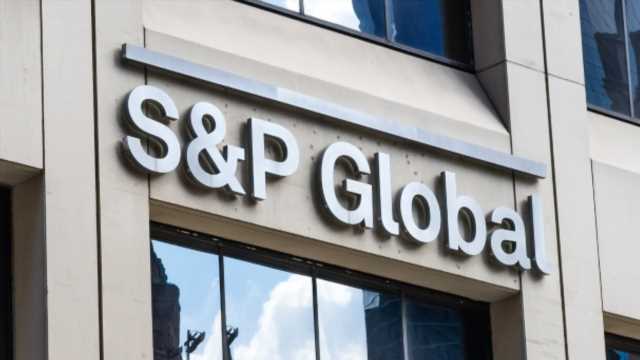 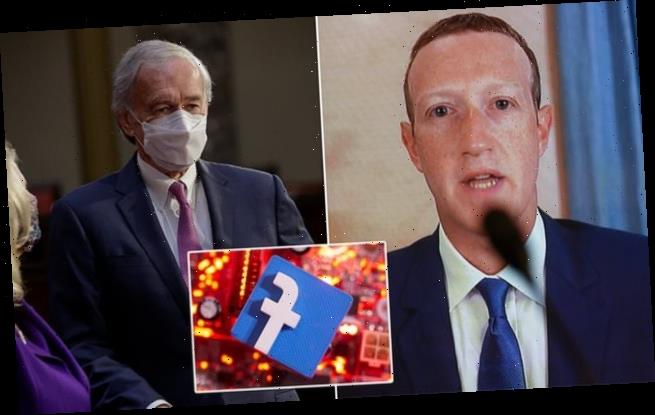 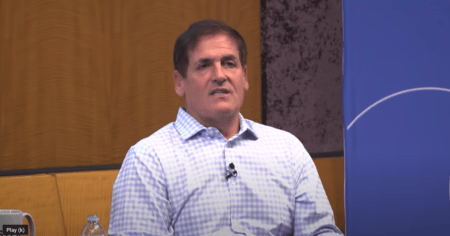