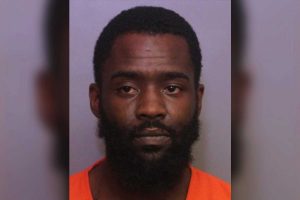 ‘Have a nice night’: Florida deputies reportedly ignore party complaint because sheriff was there

A Florida man allegedly fatally beat his girlfriend’s two-year-old son after the child urinated on the couch, a report said.

Alegray Jones, 30, is accused of killing the young boy at their Lakeland apartment while the victim’s mother was at work on Thursday night at about 11 p.m., The Ledger reported, citing police.

Jones called his girlfriend at work, letting her know her son was not responsive. The mother rushed home and called 911, the report said.

The boy was taken to Lakeland Regional Health Medical Center, where he was pronounced dead.

Jones allegedly admitted to police that he hit, threw and squeezed the child until he lost consciousness, authorities said.

An autopsy revealed the boy died by blunt force trauma, the report said.

Jones is charged with aggravated manslaughter of a child.