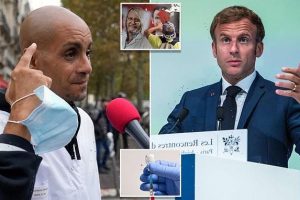 France suspends 3,000 unvaccinated health workers without pay after they refused to be inoculated against Covid

Thousands of health workers across France have been suspended without pay for refusing to take a Covid-19 vaccine ahead of a deadline this week, Health Minister Olivier Veran said Thursday.

It comes just two days after doctors and health workers staged mass protests against mandatory vaccination measures which many view as being an attack on their civil liberties.

France’s national public health agency estimated last week that roughly 12 percent of hospital staff and around six percent of doctors in private practices have yet to be vaccinated, leading the ministry to ban 3000 people from their jobs.

President Emmanuel Macron gave staff at hospitals, retirement home workers and the fire service an ultimatum in July to get at least one shot by September 15 or face unpaid suspension.

‘Some 3,000 suspensions were notified yesterday to employees at health centres and clinics who have not yet been vaccinated,’ Veran told RTL radio.

He added that ‘several dozens’ had turned in their resignations rather than sign up for the jabs. 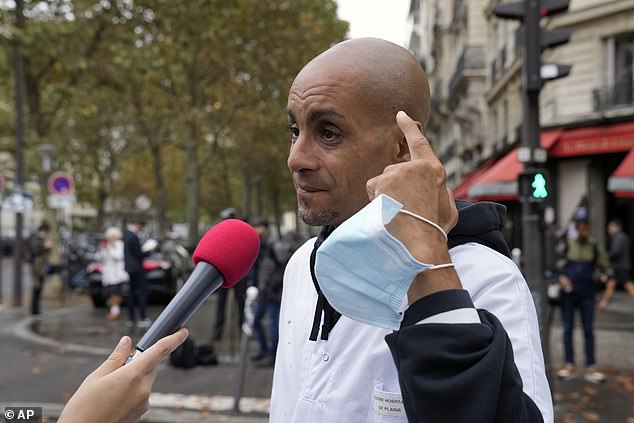 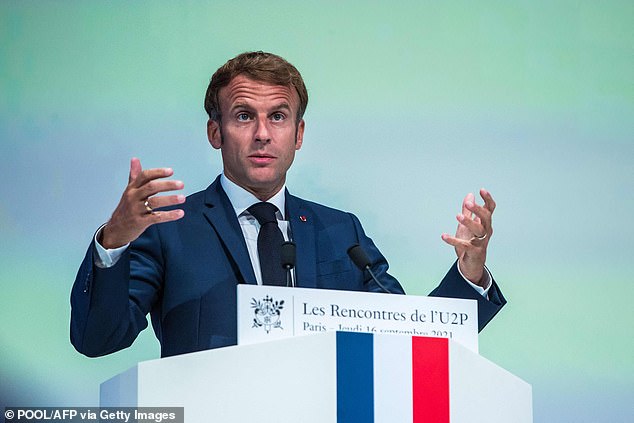 President Emmanuel Macron gave staff at hospitals, retirement home workers and the fire service an ultimatum in July to get at least one shot by September 15 or face unpaid suspension 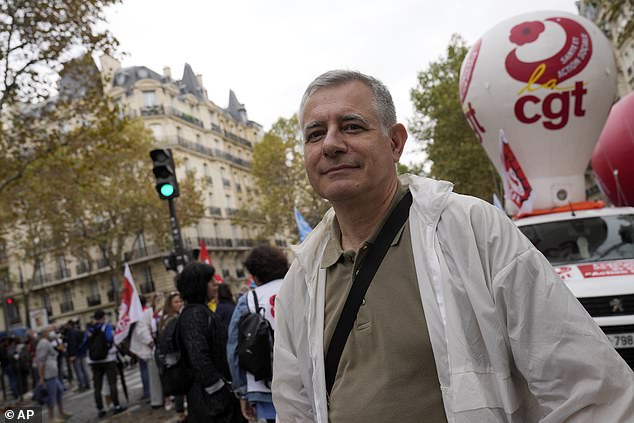 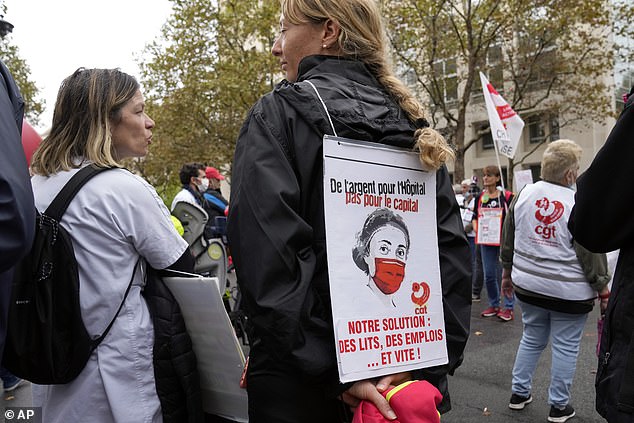 A Covid ‘health pass’ proving vaccination was recently made mandatory for entering cafes, restaurants and many other public places, prompting weekly protests by tens of thousands of people who claim they are being discriminated against

Despite this, the minister added: ‘We are talking about 2.7 million employees [within France’s national health service]’, before insisting that ‘the continuity of nationwide care has been ensured,’ because ‘a large number of these suspensions are only temporary.’

Veran also said that there were ‘very few white coats’ – a reference to actual medics – among those refusing to be vaccinated, most of whom he declared were ‘support staff’.

Based on figures provided by individual hospitals, the actual number of suspended employees could be higher.

The Paris hospital system said Thursday that 340 workers had been suspended, while local press reports have cited large numbers at hospitals in smaller cities – up to 450 in Nice and 100 in Perpignan.

Available figures point to nearly 1,500 suspensions Thursday at just over a dozen hospitals, according to an AFP tally, with dozens more elsewhere across France.

It is the latest development in what has become a very strict stance on the importance of vaccines in France.

Compulsory vaccinations against Covid came into force on Wednesday for all of the 2.7 million health professionals in France, including all those working in hospitals, clinics, and retirement homes, as well as firefighters and ambulance staff.

France also recently made a Covid ‘health pass’ mandatory for entering cafes, restaurants and many other public places, prompting weekly protests by tens of thousands of people who claim they are being discriminated against.

Each Saturday for the last nine weeks, up to 200,000 people have staged street rallies in Paris and other cities to denounce the health pass.

Many healthcare workers are still avoiding jabs, citing safety or efficacy concerns, raising the spectre of disruptions to services in facilities forced to suspend staff without pay.

Critics of the forced vaccination drive for healthcare workers have argued the French government is implicitly making vaccines obligatory and unfairly restricting the rights of the unvaccinated.

Far-right leader Florian Philippot is among those who have accused President Emmanuel Macron of turning France into a dictatorship and likened the ‘health pass to apartheid’. 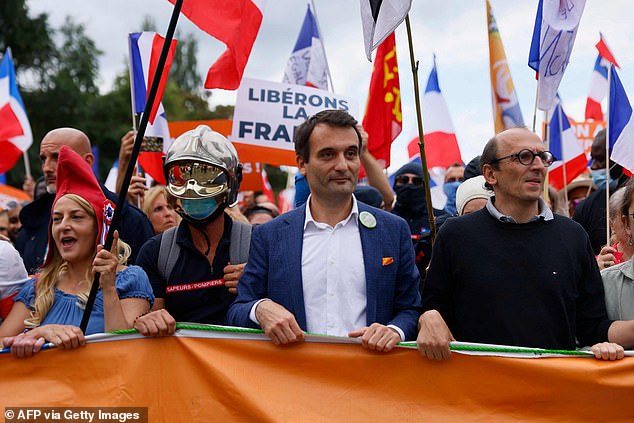 Political science researcher Antoine Bristielle said that people protesting against the vaccine are more likely to be among the working class, living in cities as they ‘consider they’ve been the most impacted by health restrictions while seeing themselves at least risk’.

Bristielle added that anti-vaccine sentiments are not so much determined by political leanings, but by wealth bracket.

‘The split is not so much between left and right as it is between the people and elites,’ he said in an interview with French paper Liberation.

Health Ministry data shows that 73 percent of the 115,000 people who have died of Covid in France are 75 and over.

Overall, 70 percent of the French have received both doses required to be fully vaccinated, which are available to everyone over age 12 – one of the highest rates in the world.

But 74 percent have had one dose only, suggesting that many people are holding out against the jabs despite their widespread availability – and as the more contagious Delta variant spreads worldwide.

While vaccines have helped France limit a ‘fourth wave’ of infections, with fewer than 2,000 Covid patients now in intensive care each day, Veran said it is ‘too early’ to considering lifting the health pass requirement.

On Wednesday, the health ministry reported 79 Covid deaths over the previous 24 hours, bringing the French total to 115,829.