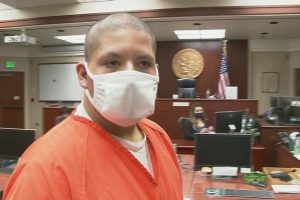 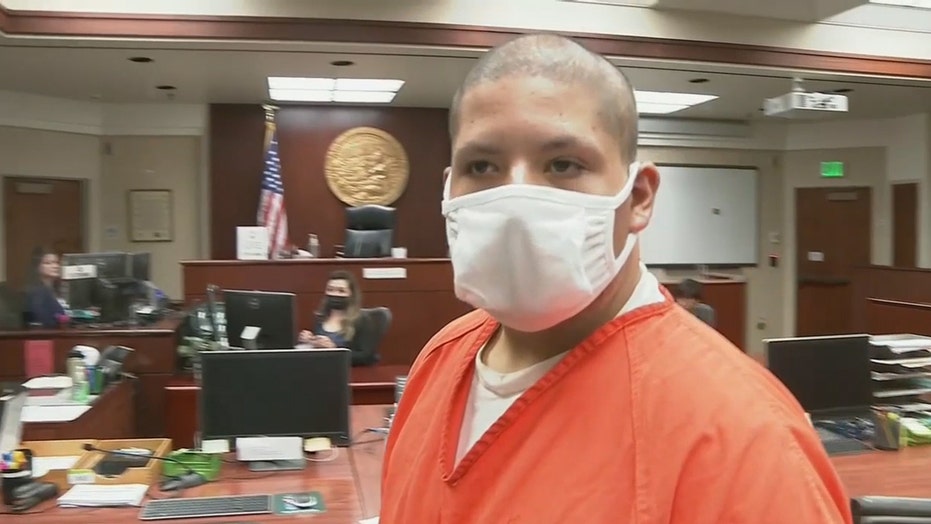 Dad confronts man suspected of fatally shooting daughter in movie theater: ‘That was my daughter’

A California father confronted the man accused of fatally shooting his daughter in a movie theater.

The suspect charged with opening fire on two people on a date inside a California movie theater was accompanied by three friends who snuck out of the cinema over fears that he brought a gun, according to local reports.

The friends of Joseph Jimenez told authorities he was acting strange and that they left the Regal Edwards cinema in Corona, 50 miles southeast of Los Angeles, over his behavior on July 26, according to police records obtained by The Orange County Register.

They apparently didn’t warn anyone of the potential threat.

Two of the friends told investigators they later saw Jimenez run out the theater and leave in his car. That evening, Rylee Goodrich, 18 and Anthony Barajas, 19, were found fatally shot in the head when cinema workers entered the theater to clean up after a 9:35 p.m. showing of “The Forever Purge.” 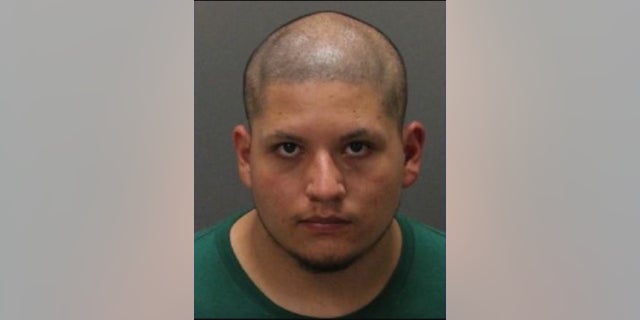 Joseph Jimenez, 20, was arrested in connection with the killing of a woman and wounding of a Tik Tok star during a Tuesday night screening of "The Forever Purge" at a Southern California movie theater.
(Corona Police Department)

Goodrich was pronounced dead at the scene and Barajas – a TikTok star – died Saturday after several days on life support.

The three moviegoers said they believe Jimenez was the killer, according to a sworn police declaration filed in court. It was unclear if their failure to warn about him the night of the attack constitutes a crime.

Detectives said six tickets were purchased for the screening of the movie – the fifth in “The Purge” film series, which centers on a 12-hour period each year in which all crime is legal.

One purchaser bought four tickets on the theater’s website. The purchaser was questioned as well as the other two moviegoers, who all recalled Jimenez was with them.

“Halfway through the movie, Joseph left and returned with a bag which he told them he had a ‘strap’ in the bag. Witnesses believed this to be a handgun,” the declaration said, the newspaper reported. “Witnesses said Joseph was mumbling and talking to himself which made them uncomfortable. Witnesses said they needed to use the restroom, however, they left the theater leaving Joseph behind. 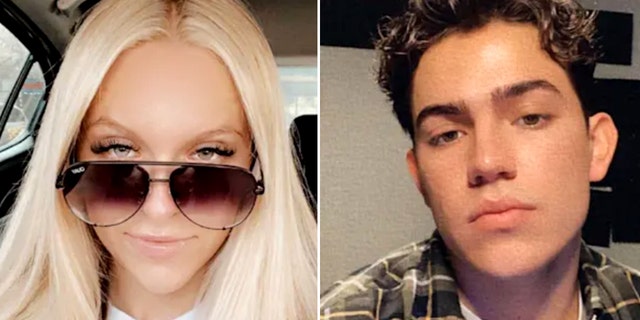 Rylee Goodrich, 18, and Anthony Barajas, 19, both died after being shot while inside a Southern California movie theater, authorities said.
(Facebook/Tik Tok)

“About (11:28 p.m., two of the witnesses) saw Joseph run outside the theater and run to his vehicle. He then sped away in his vehicle at a high rate of speed,” the declaration said. “The following day, witnesses learned of the press releases of the murder. Witnesses believed Joseph committed the murder.”

Jimenez was arrested hours after the shooting. He is charged with murder and attempted murder, which could be changed following the death of Barajas. He is expected to appear in court Thursday.

Investigators believe he acted alone and did not know the victims.