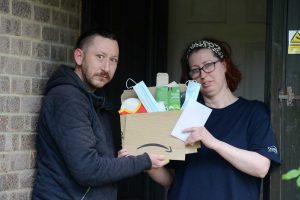 A MUM was left disgusted after finding an empty McDonald’s chip packet, wart remover spray and rubbish in her Amazon delivery parcel.

Denise Davis had bought a card for her uncle's birthday – but she couldn’t believe it when the order arrived on Friday and was filled with old wrappers and litter. 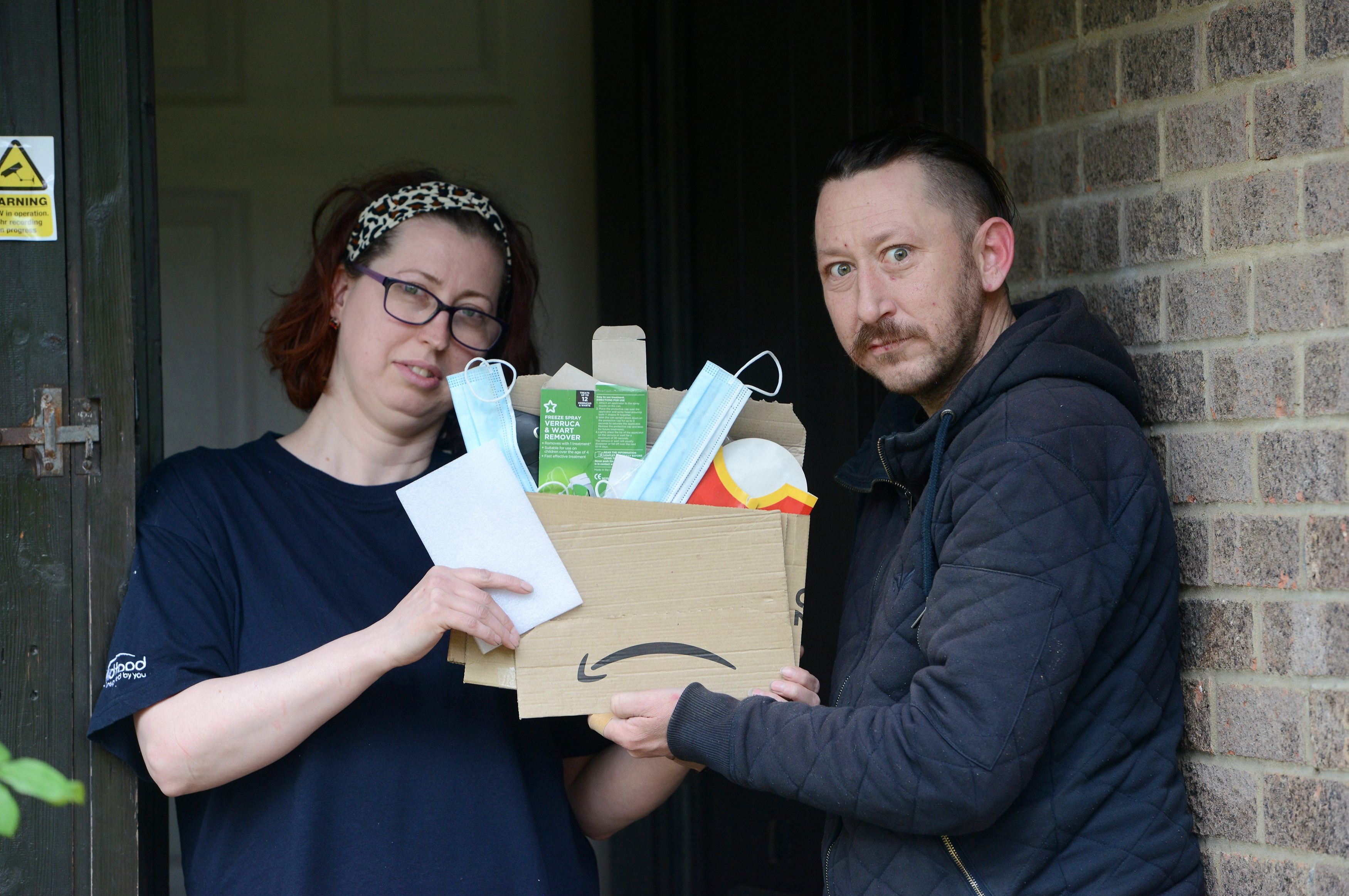 The disgusting find included a used McDonald’s chips carton – with a few loose fries at the bottom of the parcel – an empty box for a Superdrug verruca and wart remover spray, fragile stickers as well as packaging from a set of knives.

She told The Sun: "I was quite shocked. Everything we had ordered before from Amazon had been of a high standard."

Denise said the rubbish and face masks were sealed up inside the package when it was dropped off at her home in Basingstoke, Hampshire.

She had to re-order the card, and was told by the online giants to dispose of the litter herself.

Denise said: “It was Amazon’s reaction that shocked me most. We tried ring them as soon as we got parcel and on phone half an hour and just passed from one person to another.

“No-one really cared and we were put on hold a lot… we just got passed from pillar to post." 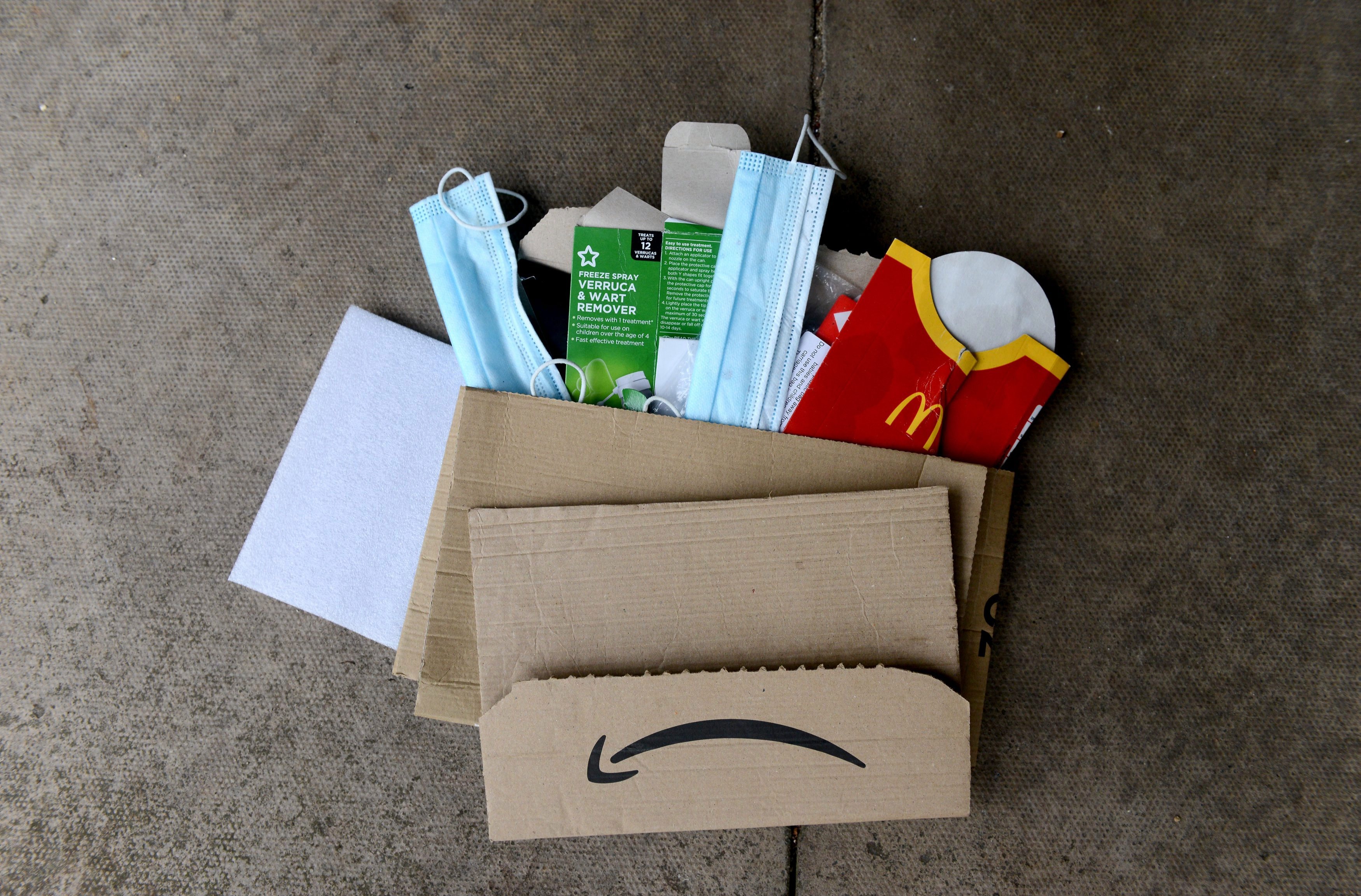 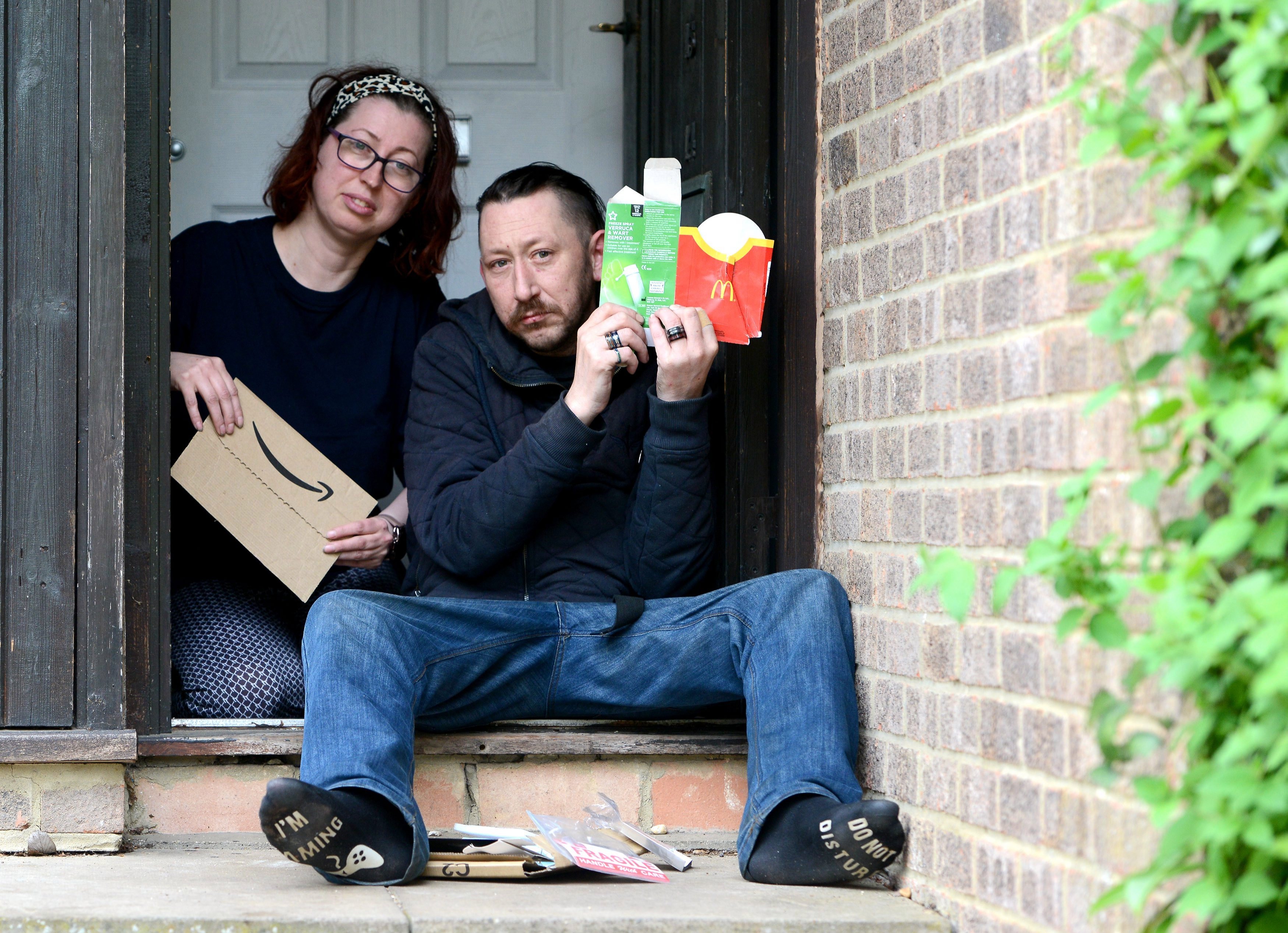 Denise said the company offered to refund the cost of the card, which was £2.89.

"I'm sorry but that doesn't cut it. You've sent me used masks in the middle of a pandemic," Denise said.

"They then offered me free Amazon Prime for a month – but they don't seem to care about customer service.

"Even just a gesture to say sorry would've been nice but they didn't seem that bothered."

In an email, Amazon told Denise: "Please rest assured we will internally investigate this to see how this mistake happened."

In another shocking discovery, a couple on the Isle of Wight were left horrified after finding a huge huntsman spider in their Amazon delivery parcel.

Mark and Gemma Smith, from Shanklin on the Isle of Wight, ordered some Christmas decorations from the retail giant – but were shocked to find the giant creepy-crawly in the packing paper.

Earlier this year a mum was left trapped in her own home when an Amazon driver wedged a package against her front door handle.

Rachael Sanders, 35, was forced to climb out of her living room window after battling for 15 minutes to open the door. 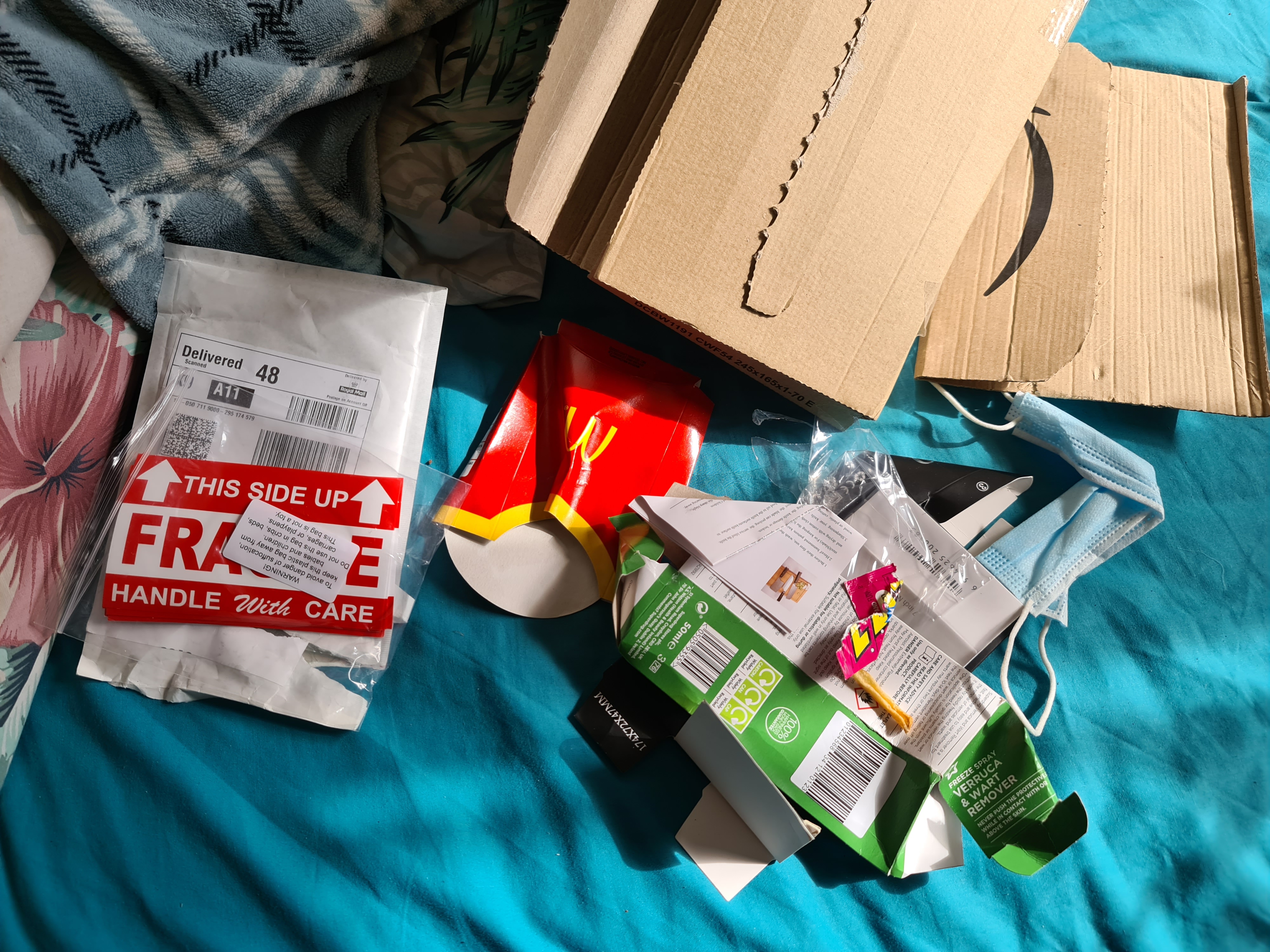