Mystery of gigantic 30ft crater just yards from road as stunned locals fear a 'meteor' hit – but what really happened? | The Sun 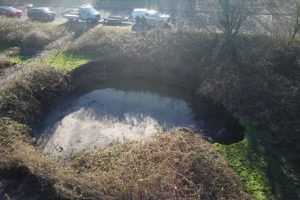 A VAST 30ft wide crater has appeared overnight just yards from a road – stunned locals thought a “meteor” had struck.

The huge hole was spotted by walkers just over a hedge from the busy road leading to a house estate. 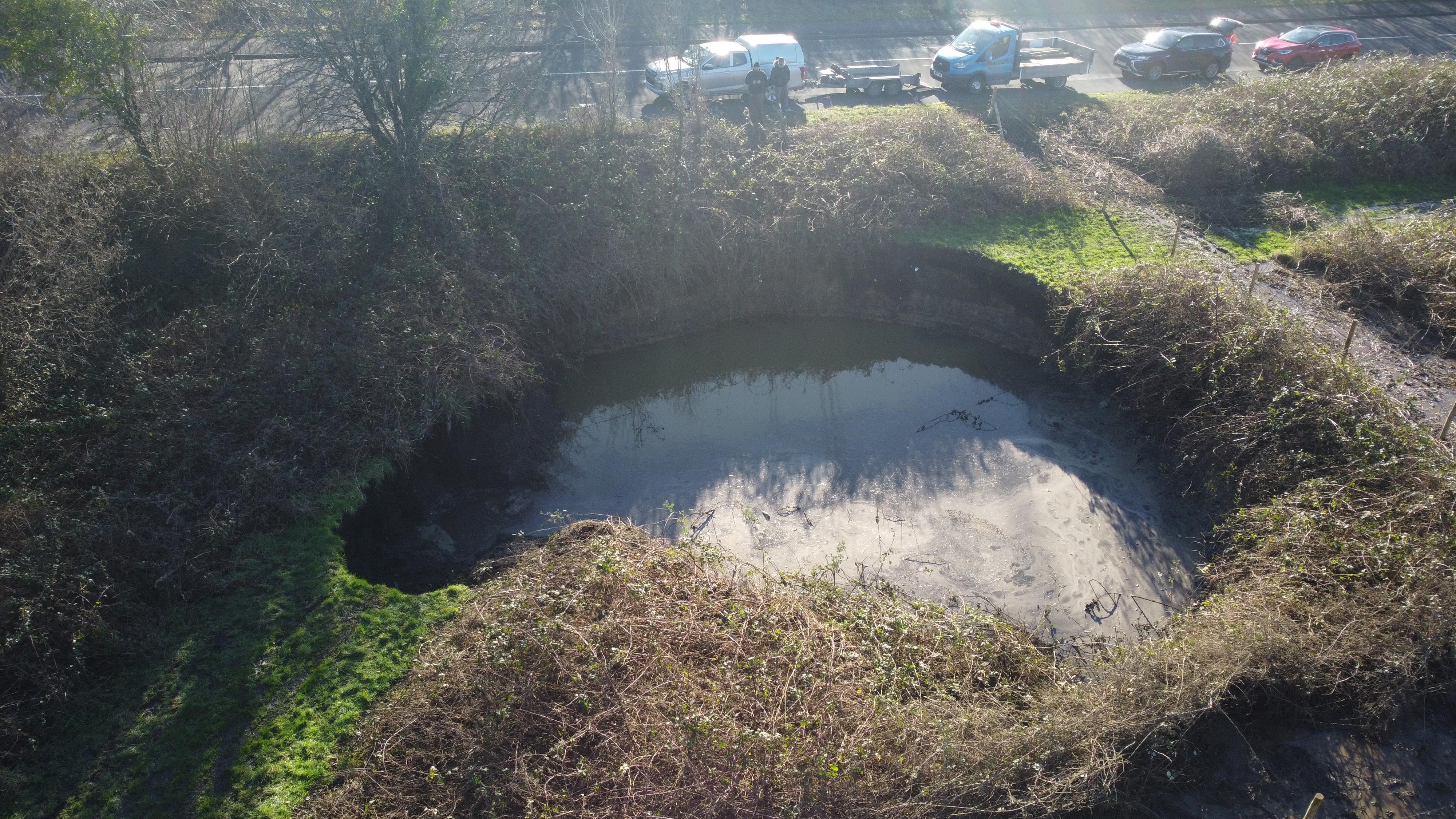 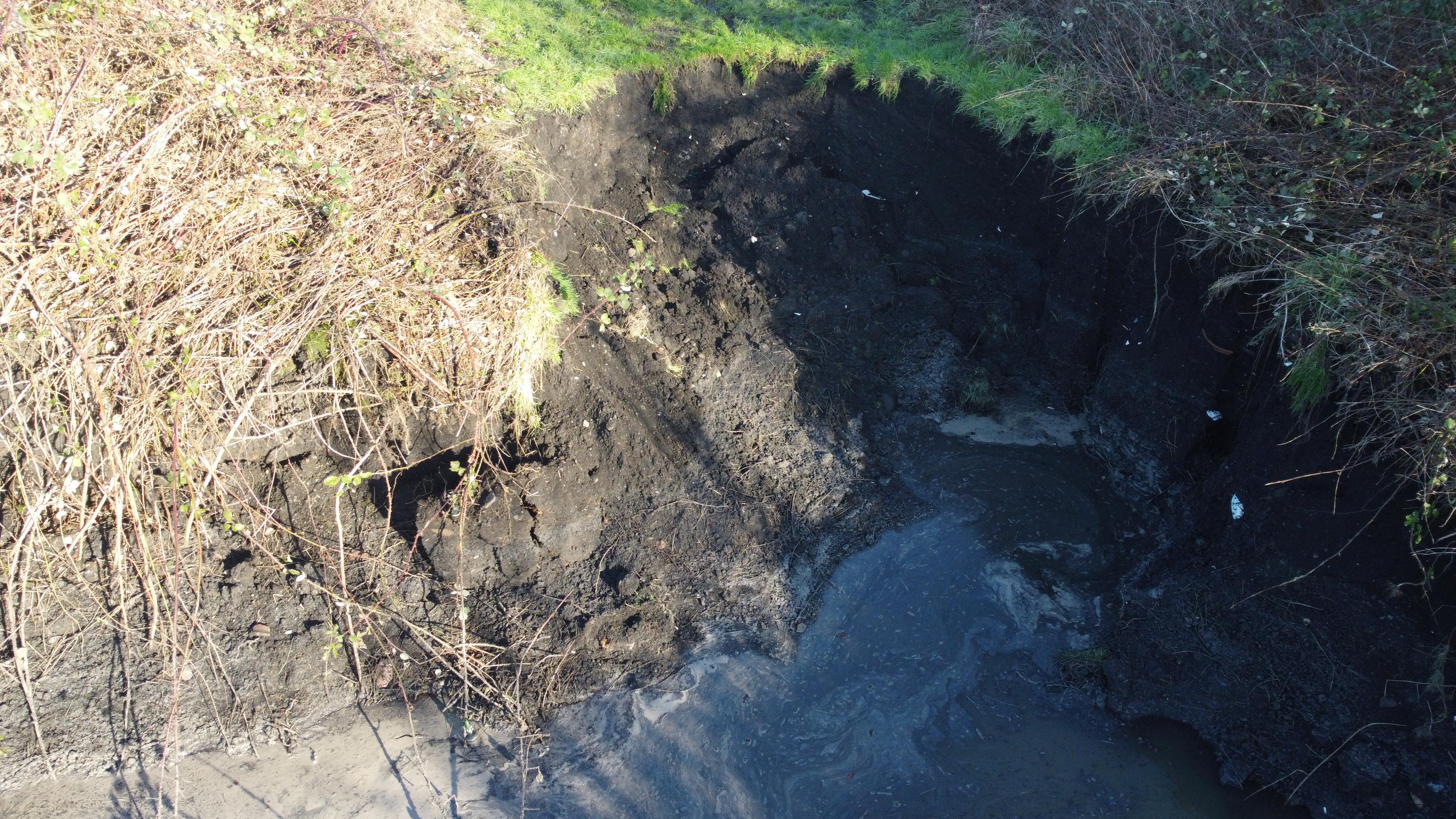 It was at least 9ft deep – and council officials were called in to look into it.

Now officials in Caerphilly, South Wales, believed the sinkhole was caused by old mine working – and not an alien invader from outer space.

Walker Penfold Brindle was amazed at the crater-like hole on common land near Graig-y-Rhacca housing estate in Caerphilly.

He said: "It was absolutely huge – it is a good job it wasn't a few yards away under the road. It would have swallowed any car which went into it. 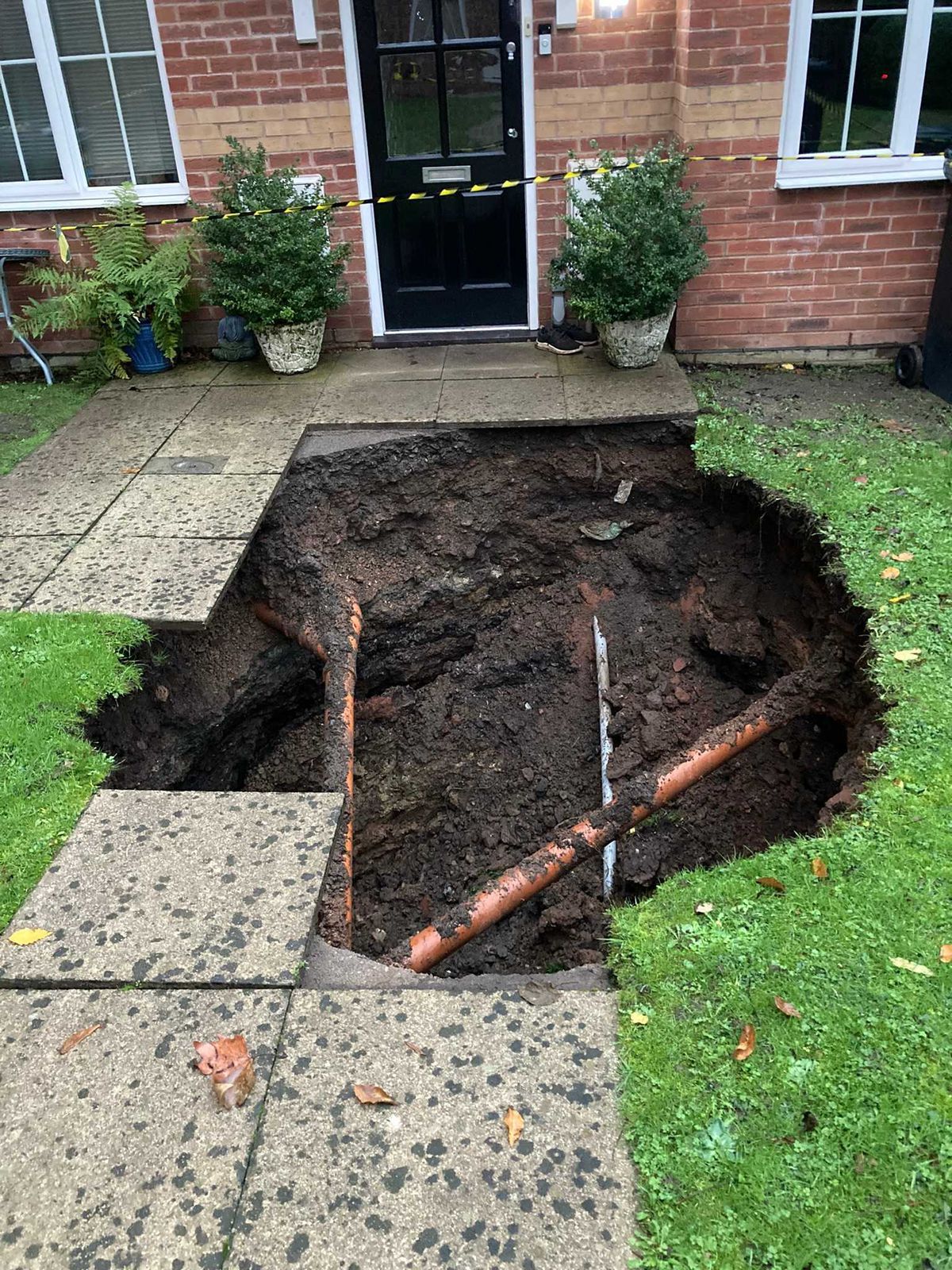 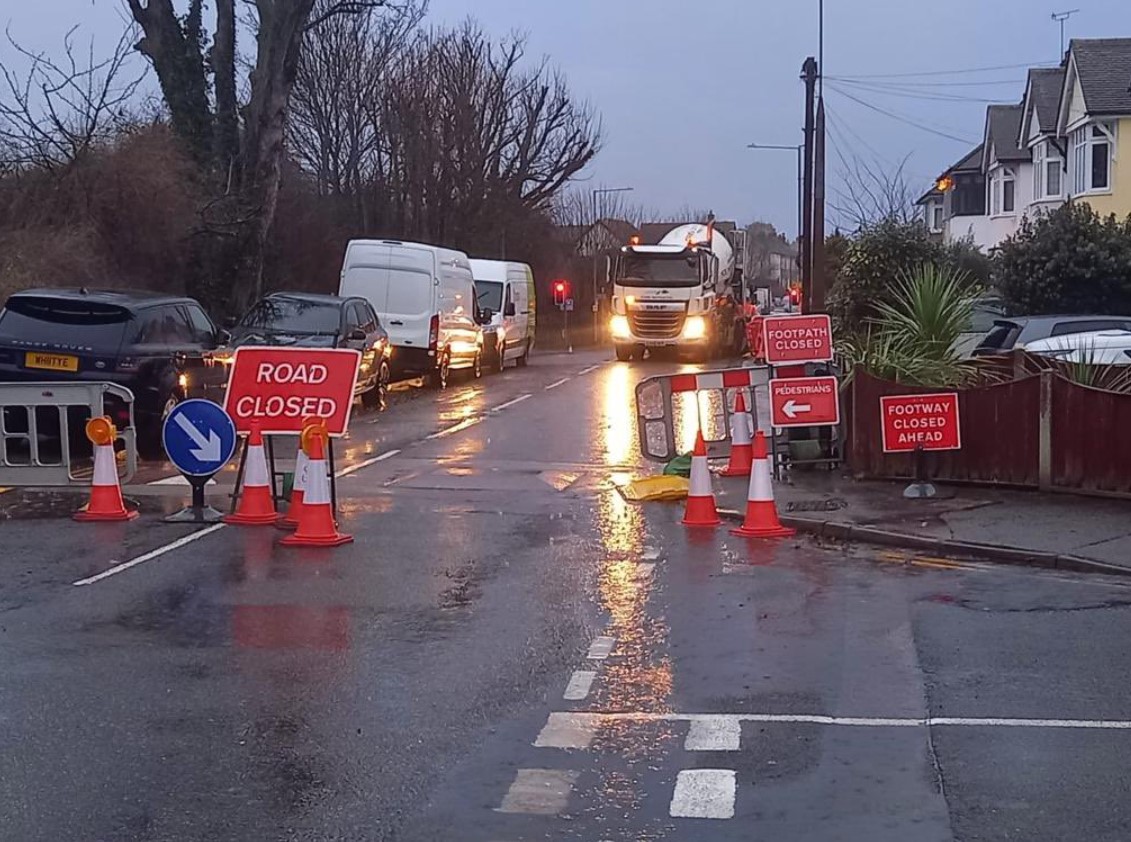 "Something needs to be done to fix hit. They have put a fence around it and a few cones."

Local social media groups were stunned at the size of the hole. One said: "Have we had an alien invasion? Dr Who were filming nearby and I think a Cybermen attack is on the way."

Another said: "Watch out for little green men – and I don't mean the council rubbish collectors."

Another added: "I reckon there will be many more to come when you think of them digging for miles from pit – it's the heavy rain, it's shifting the ground."

One more said: "The village used to be a coal mining village. It’s all just a matter of time."

A spokesperson for Caerphilly Council said: "Our officers have been liaising with the Coal Authority as it falls under their responsibility.

"We understand that they have fenced off the area and taken action to reduce surface water in order to make it safe, whilst formulating plans for a permanent solution."

Zoe Rose-Higgins, head of public safety and subsidence at the Coal Authority, said: “The Coal Authority was made aware of a ground collapse at land just off Addison Way Road, Graig-Y-Rhacca, Caerphilly.

"We are working closely with Caerphilly County Borough Council to make the site safe and carry out thorough investigations to determine the cause.

“If this incident was caused due to historical coal mine workings, we will design a permanent solution and carry out repair works as soon as we can." 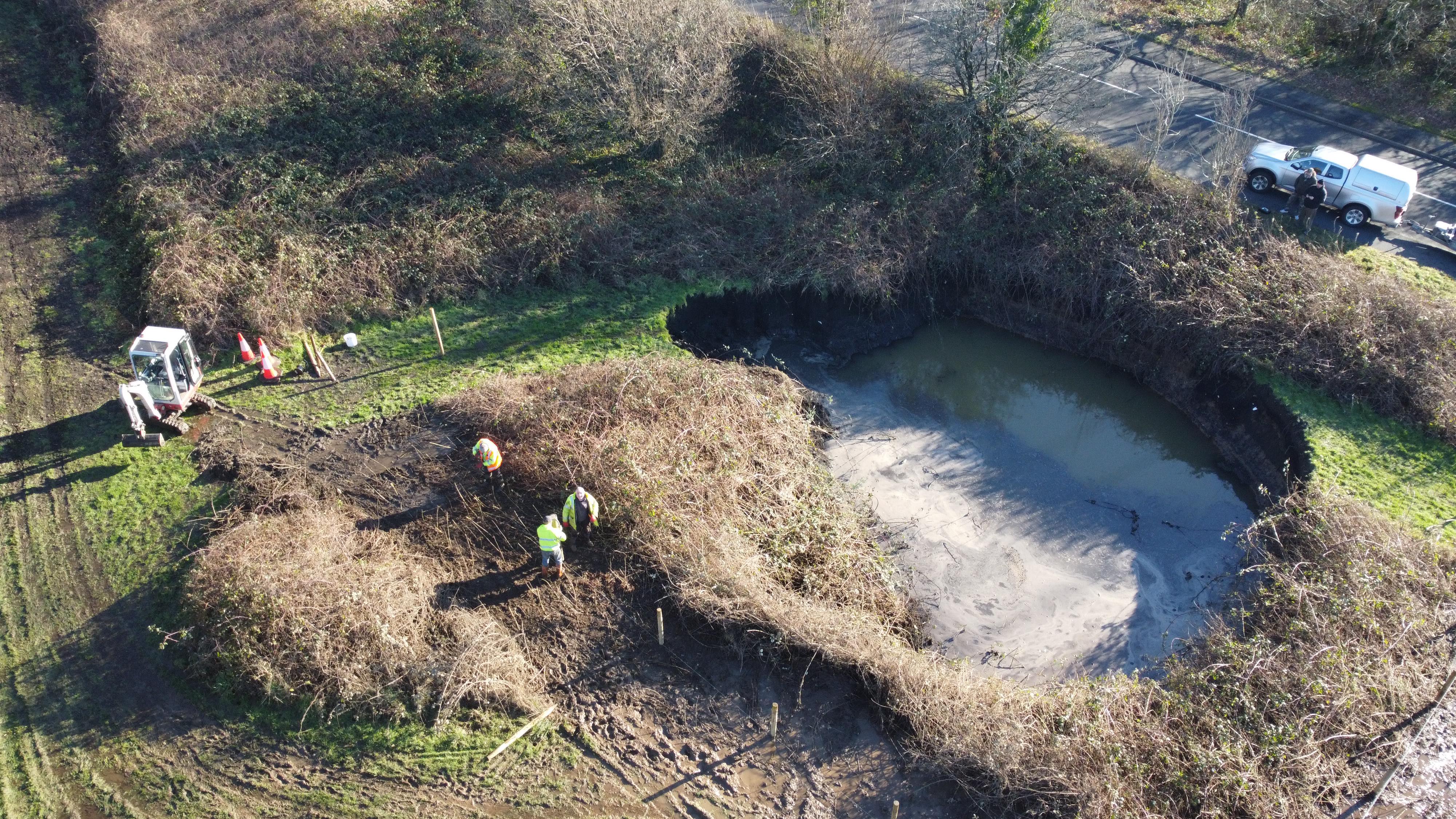 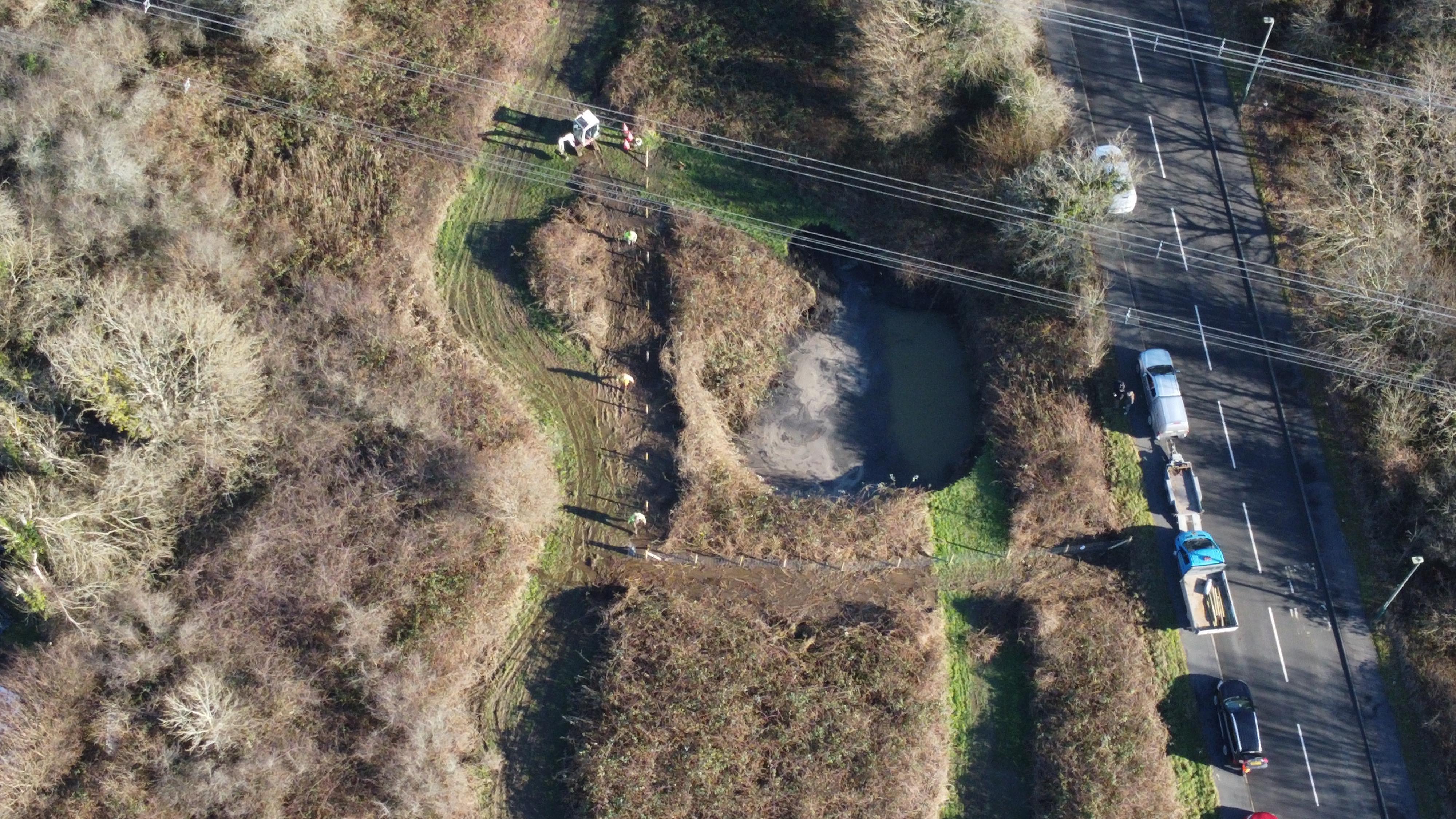