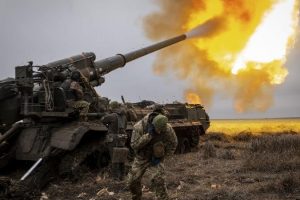 Washington: The Pentagon is tapping into a vast but little-known stockpile of American ammunition in Israel to help meet Ukraine’s dire need for artillery shells in the war with Russia, American and Israeli officials say.

The stockpile provides arms and ammunition for the Department of Defence to use in Middle East conflicts. The United States has also allowed Israel to access the supplies in emergencies. 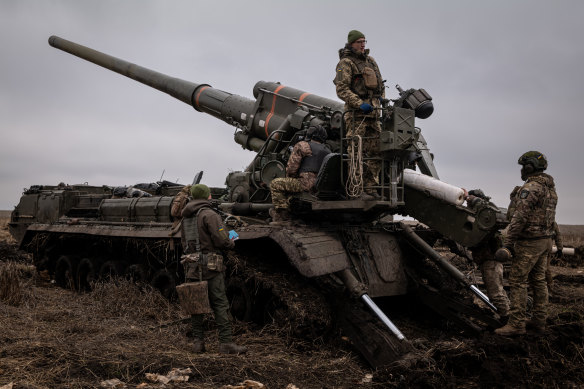 The Ukraine conflict has become an artillery-driven war of attrition, with each side lobbing thousands of shells every day. Ukraine has run low on munitions for its Soviet-era weaponry and has largely shifted to firing artillery and rounds donated by the US and other Western allies.

Artillery constitutes the backbone of ground combat firepower for both Ukraine and Russia, and the war’s outcome may hinge on which side runs out of ammunition first, military analysts say. With stockpiles in the US strained and American arms makers not yet able to keep up with the pace of Ukraine’s battlefield operations, the department has turned to two alternative supplies of shells to bridge the gap: one in South Korea and the one in Israel, whose use in the Ukraine war has not been previously reported.

The shipment of hundreds of thousands of artillery shells from the two stockpiles to help sustain Ukraine’s war effort is a story about the limits of America’s industrial base and the diplomatic sensitivities of two vital US allies that have publicly committed not to send lethal military aid to Ukraine.

As senior defence and military officials from dozens of nations, including NATO states, prepare to meet at Ramstein Air Base in Germany on Friday to discuss sending Ukraine more tanks and other arms, US officials have been scrambling behind the scenes to cobble together enough shells to keep Kyiv sufficiently supplied this year, including through an anticipated northern spring offensive. 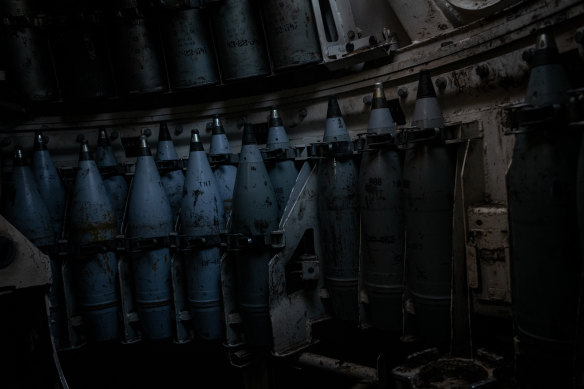 “With the front line now mostly stationary, artillery has become the most important combat arm,” Mark Cancian, a former White House weapons strategist, said in a new study for the Centre for Strategic and International Studies in Washington, where he is a senior adviser.

Another analysis published last month by the Foreign Policy Research Institute said that if Ukraine continued to receive a steady supply of ammunition, particularly for artillery, as well as spare parts, it would stand a good chance of wresting back more territory seized by Russia.

“The question is whether these advantages will prove sufficient for Ukrainian forces to retake territory from entrenched Russian troops,” wrote Rob Lee and Michael Kofman, leading military analysts. 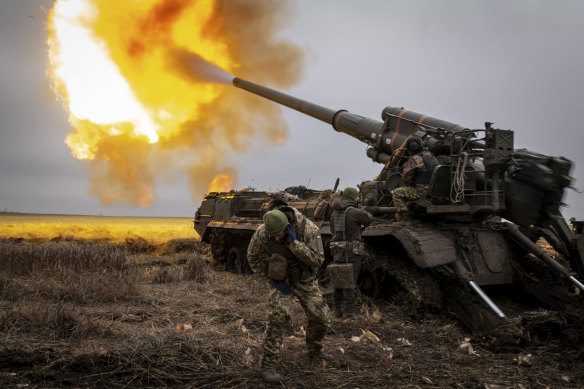 The US has so far sent or pledged to send Ukraine more than 1 million 155-millimetre shells. A sizable portion of that – though less than half – has come from the stockpiles in Israel and South Korea, a senior US official said, speaking on the condition of anonymity to discuss operational matters.

Other Western countries, including Germany, Canada, Estonia and Italy, have sent 155-millimetre shells to Ukraine.

The South Koreans were more willing than the Israelis to work with the US on using the stocks, a senior US official said. But they also objected to shipping artillery shells directly to Ukraine, though for different reasons: the South Korean government did not want artillery rounds marked R.O.K. (Republic of Korea) showing up in Ukraine in violation of South Korean arms export rules.

A compromise was reached. Artillery shells from the Korean stockpile would be sent to replenish American stocks elsewhere.

The Ukrainian army uses about 90,000 artillery rounds a month, about twice the rate that they are being manufactured by the US and European countries combined, US and Western officials say. The rest must come from other sources, including existing stockpiles or commercial sales.

Kofman said in an interview that without adjustments to how the Ukrainian military fights, future Ukrainian offensives might require significantly more artillery ammunition to make progress against entrenched Russian defences.

“The US is making up the difference from its stockpiles, but that’s doubtfully a sustainable solution,” said Kofman, who is the director of Russian studies at CNA, a research institute in Arlington, Virginia. “It means the US is taking on risk elsewhere.”

Defence officials say they must ensure that even as they arm Ukraine, American stockpiles do not dip to dangerously low levels. According to two senior Israeli officials, the United States has promised Israel that it will replenish what it takes from the warehouses in its territory and would immediately ship ammunition in a severe emergency.

Israeli officials said Israel had not changed its policy of not providing Ukraine with lethal weapons and rather was acceding to a US decision to use its own ammunition as it saw fit.