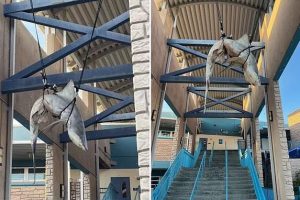 Police are probing a group of pranksters who hoisted a dead shark above a staircase at a Florida high school.

Five Ponte Verda students reportedly hung the gutted sandbar shark in the rafters at on Thursday.

The animal, which can weigh up to 140 pounds, was held in place by two big cables over the main stairwell.

It was found by school officials shortly before 8am, the Florida Fish and Wildlife Conservation Commission said.

The culprits could face criminal charges for trespassing and wildlife violations, as the animal is prohibited in Florida for recreational or commercial harvest.

The students could face being suspended or even expelled and will be stripped of their graduation on May 28, News 4 Jax.

It is believed they did it as a school prank and it is unclear how they got the shark in the rafters. 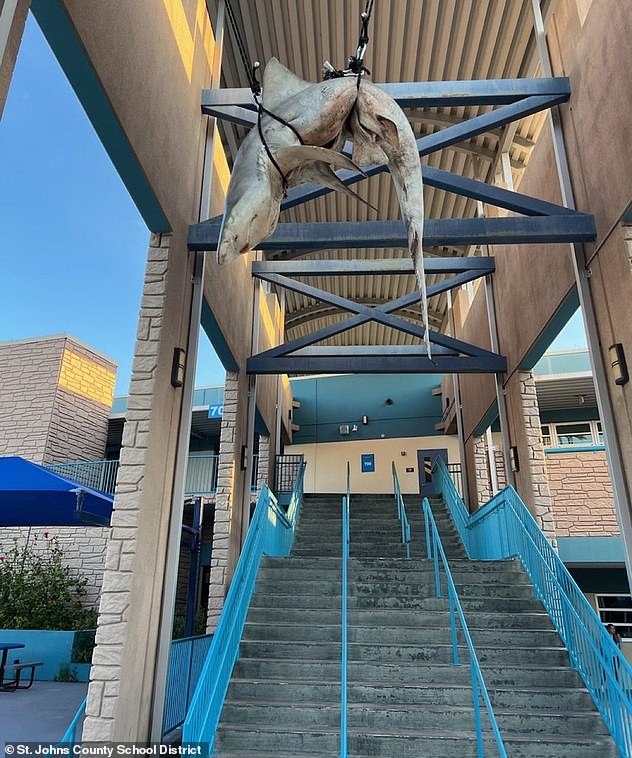 A group of five unidentified students reportedly hung what appears to be a sandbar shark from the rafters above a stairwell at a Florida high school. They could face trespassing and criminal wildlife violations charges for the alleged prank 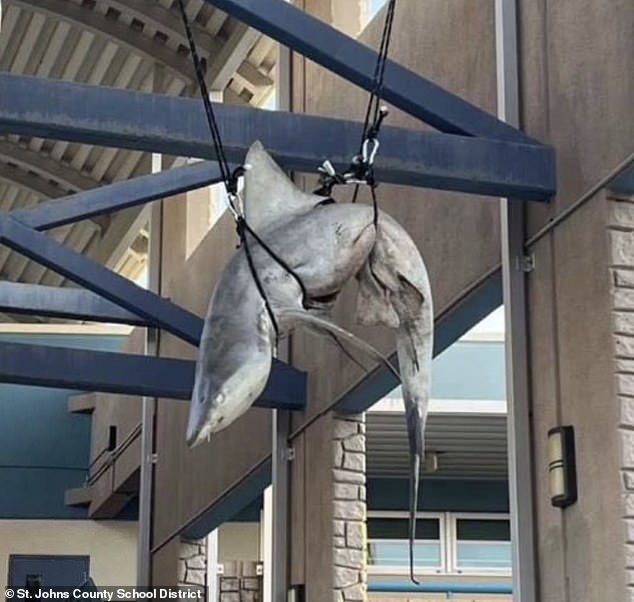 The shark was gutted and frozen on Tuesday, a day before the students hung the shark above the stairwell on Wednesday evening. School officials didn’t discover the shark until Thursday morning around 8am and students reported the shark ‘smelled’

The shark has since been cut down and removed from the school, whose mascot is the animal, and the administration has released surveillance to police.

Fellow students were just as shocked as the administrators to see the huge, smelly beast hanging above their heads. 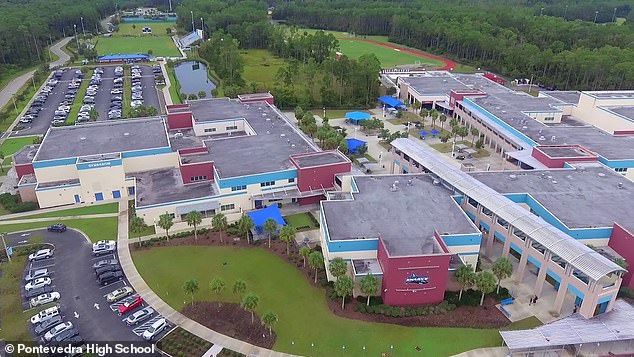 He told News 4 Jax: ‘I was really shocked. I just didn’t expect to see that in the morning.’

He added: ‘There was this massive shark hanging from the ceiling, and it smelled really bad.’

The Florida Fish and Wildlife Conservation Commission (FWC) are leading the investigation with the St. John’s Sheriff’s Office, according to the Miami Herald.

Alex AuBuchon, a FWC public information officer told the Miami Herald that ‘a group of five students at Ponte Verda High School hung a gutted shark on the rafted of the school courtyard’ around 9pm on Wednesday.

He also said the shark had been harvested on Tuesday, gutted and stored in a freezer before the students hung it from the rafters on Wednesday night.

The shark’s body was also removed before the FWC were notified, he said.

DailyMail.com has contacted the Ponte Verda High School and the school district for comment.