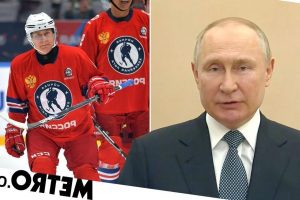 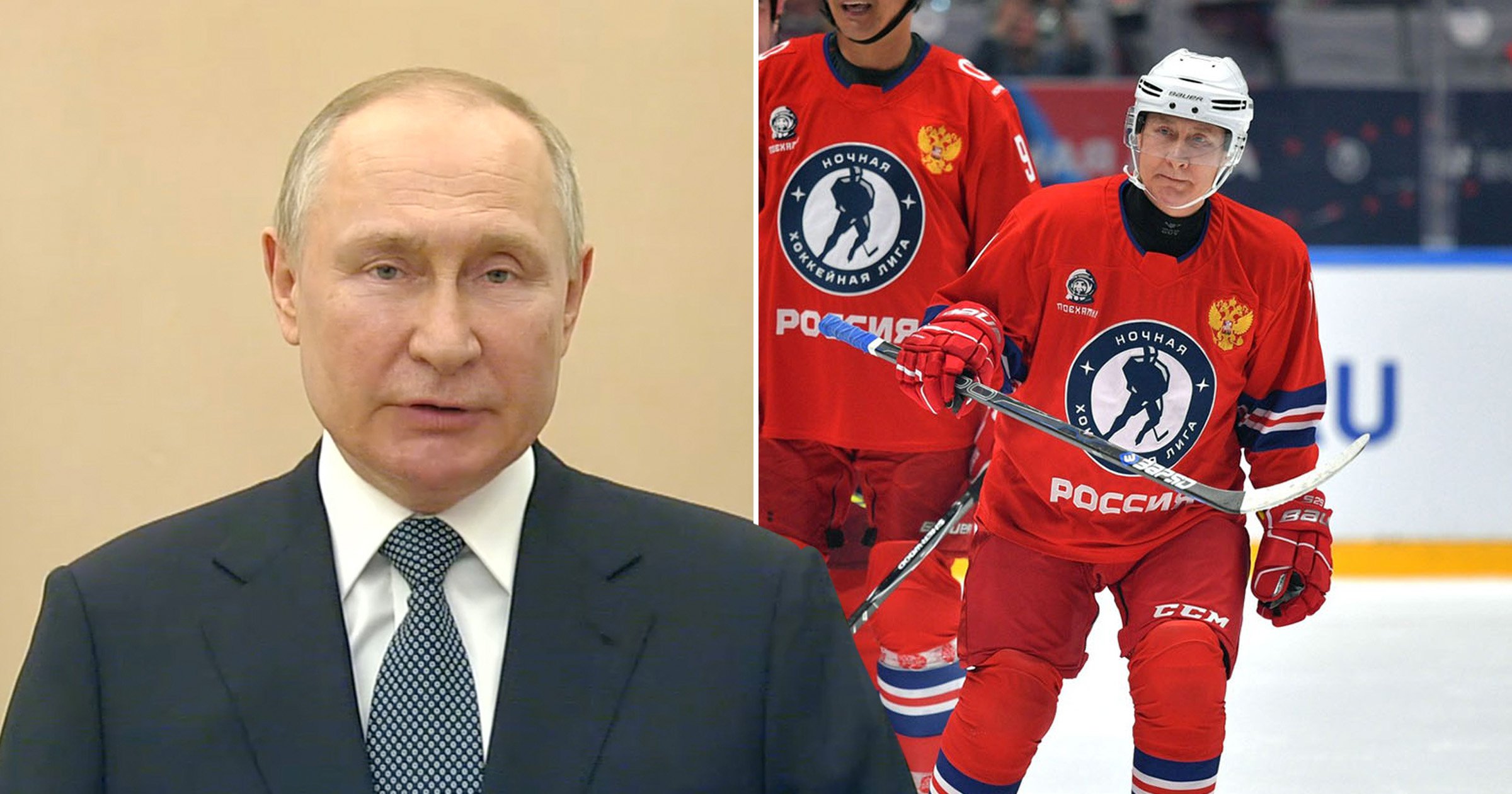 The president normally plays a starring role in the gala match at the Night Hockey League National Festival in Sochi.

But this year while he was ‘expected’ to take part, he missed the event altogether and instead sent a video message to players.

The president’s unexplained absence has raised questions especially as he is currently understood to be in the Black Sea resort where the match is being held.

The decision not to attend has also further fuelled speculation he may be suffering from a serious health concern.

Putin’s spokesman Dmitry Peskov announced the president would not take part in the 2022 ice hockey festival.

Instead in a video message, Putin said: ‘I wish you good luck in your ice battles and all the best.

Last year, Putin, 69, boasted ice hockey gave him longevity and used his appearance at the gala match to bury rumours about his health.

‘You extend your life, you make it of better quality and deeper meaning,’ he boasted.

But a year on the president is fending off new rumours about his health and is under renewed scrutiny.

Among the health claims are thyroid and abdominal cancer, Parkinson’s disease or serious mental health problem.

The Kremlin insists Putin is healthy, but footage and photos showing him looking ‘bloated’ and appearing to hold onto a table during meetings have only added to the speculation.

Away from health concerns, security fears have also been floated as a possible explanation for why Putin missed the event.

His absence comes just two days after a 77-aircraft flypast scheduled to take place during Victory Day celebrations on Red Square was cancelled over claims the president was concerned about the risk of an ‘aerial strike’.

A Moscow source said: ‘This was always a firm date in [Putin’s] diary. Something must be wrong for him to be a no-show.’

Regional Kuban News had reported: ‘It had been expected that Vladimir Putin would also play for Legends of Hockey, but in early May, the press secretary of the President of the Russian Federation, Dmitry Peskov, announced that the head of state would not take part in the game.

‘It is only the second time in the history of the gala matches since 2012 that the President is missing this game.

‘In 2013, he held a symbolic face-off, and watched the match from the stands.’

At the time, this was also blamed on health issues.