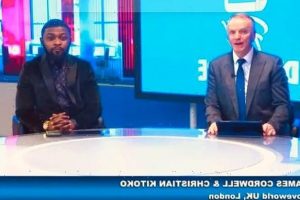 Religious TV channel Loveworld is fined for a THIRD time as it is forced to pay £25,000 for broadcasting Covid conspiracies

A Christian satellite TV channel was fined £25,000 by the UK’s broadcast watchdog for airing conspiracy theories about coronavirus.

It marks the third time Loveworld has been found to have breached national broadcasting rules this year, with the channel being fined £125,000 in March for claiming vaccines were a ‘sinister’ way of administering ‘nanochips’ to people.

Loveworld’s latest fine relates to two episodes of current affairs programme, Full Disclosure, which were broadcast on February 11 and 12.

During the shows, presenters ‘made a number of unevidenced, materially misleading and potentially harmful statements about the coronavirus pandemic and vaccines’, according to regulator Ofcom.

False claims made on the channel included that the coronavirus vaccine makes you feel as ill as the actual illness and that there are serious side-effects and medical complications that can result from the jabs. 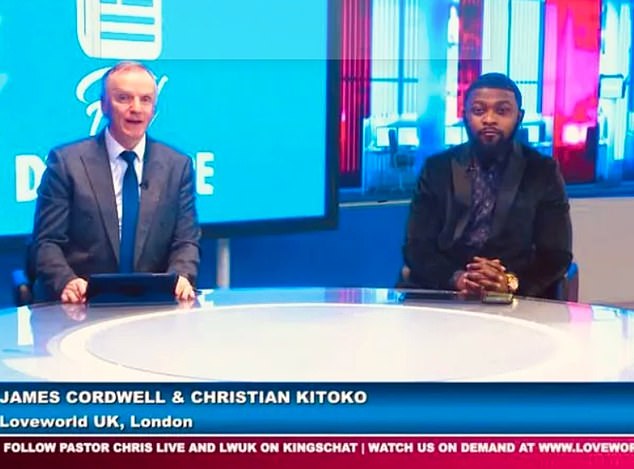 It is the third time Loveworld has been found to have breached the rules of broadcasting watchdog Ofcom this year, with the channel previously being fined £125,000 in March

Trials have so far shown the vaccines to be safe and effective.

An Ofcom statement said: ‘Ofcom is clear that it is legitimate for broadcasters to discuss and scrutinise the Government’s public health response to the coronavirus pandemic – including the potential side-effects of vaccinations – and that it may be in the public interest to do so.

‘However, Loveworld’s presentation of misleading claims without sufficient challenge or context risked causing serious potential harm to viewers, at a time when people were particularly likely to be seeking reliable information relating to the UK’s vaccination programme.’

Loveworld’s website features a news section, but appears to be selective about the vaccine reports it publishes.

Ofcom had previously ordered Loveworld not to repeat the programme and to broadcast a summary of its decision three times in a day.

The regulator labelled the repeated rule breaches as ‘serious’. 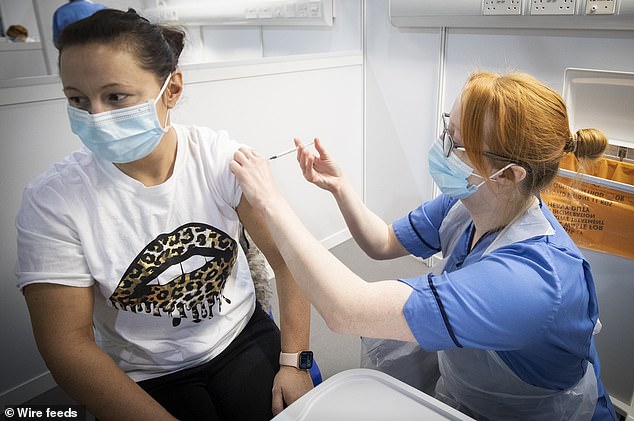 During the shows, presenters ‘made a number of unevidenced, materially misleading and potentially harmful statements about the coronavirus pandemic and vaccines’, according to regulator Ofcom. [File picture] 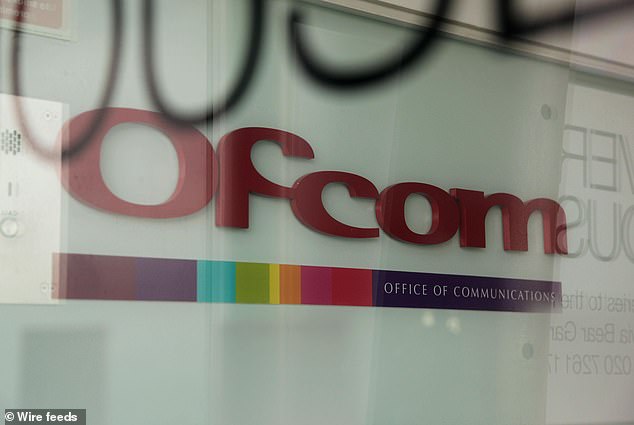 A spokeswoman for the watchdog said: ‘Broadcasters have editorial freedom to debate the response to coronavirus – including the vaccination programme.

‘However, unproven claims must be put into sufficient context, and our investigation found that these programmes contained harmful, unevidenced statements.

‘We consider this a serious breach of our rules and have today sanctioned Loveworld by imposing a financial penalty of £25,000.’

Ofcom has previously said it is prioritising cases relating to coronavirus which could cause potential harm to viewers.

Loveworld is a religious television channel broadcast on satellite to a UK audience, from an Evangelical Christian denomination with a global network of churches.