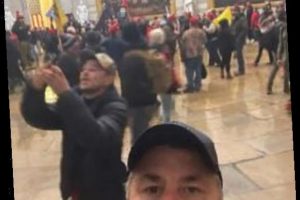 A retired New York City firefighter who photographed himself inside the U.S. Capitol during the Jan.6 insurrection and claimed he was “at the tip of the spear” has been criminally charged, authorities said Monday.

Thomas Fee, 53, was charged Saturday with violent entry, disorderly conduct on Capitol grounds and knowingly entering or remaining in any restricted building or grounds without lawful authority, according to a criminal complaint. The Freeport, Long Island resident has not been arrested.

Fee came to the attention of authorities after someone contacted law enforcement to report their spouse saw a message on the Facebook page of Fee’s girlfriend stating that he was in Washington D.C. for the pro-Trump rally that preceded the riot inside the Capitol.

The person texted Fee — a 22-year veteran of the New York City Fire Department who retired in October — to inquire if he was in Washington. Fee responded that he was along with a photo of himself in the Capitol Rotunda with suspected rioters in the background, authorities said.

He later sent a video recording of a crowd inside the building shouting “tyranny” and “Pelosi,” a reference to House Speaker Nancy Pelosi, prosecutors said.

TRUMP DOES NOT HAVE FUTURE IN REPUBLICAN PARTY AFTER CAPITOL HILL RIOT: REP. NANCY MACE 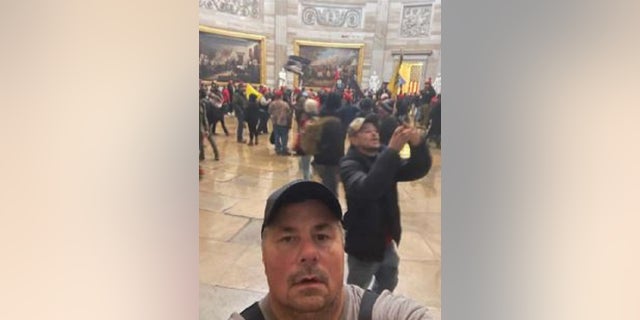 Thomas Fee, a retired New York City firefighter, took a selfie of himself inside the Capitol during the deadly Jan. 6 siege, federal prosecutors said.
(FBI)

After sending the video, Fee later texted the person saying that he was “at the tip of the spear,” court documents said.

In a statement released last week, the New York City Fire Department said it had received anonymous allegations that active or retired members were present at the Capitol during the siege.

“The Department respects the right of all members to take and personally support social and political positions,” FDNY Commissioner Daniel Nigro said last week. “Department members, whether active or retired, must not engage in conduct that tends to bring the Department into disrepute, or is disruptive to the discipline and good order of the Department.”

In 2004, Fee was suspended from his volunteer firefighter position in Long Island after yelling racial slurs at a Black doctor, the New York Post reported.