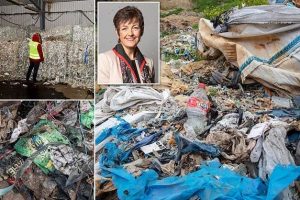 £1m taxpayers’ bill to bring our rubbish back from Poland: Environment Agency is paying private company to return 1,500 tonnes of waste illegally dumped by UK firms

Quango chiefs must pay nearly £1million to a private company to bring back 1,500 tonnes of waste illegally dumped in Poland by UK firms.

The rubbish included plastic, textiles and aluminium at five different sites from 2017-18. Polish authorities have now demanded that it be properly recycled.

The Environment Agency is paying £983,000 to a private company to dispose of it – and the taxpayer will pick up the bill, the BBC reported.

It is not known who exported the waste and nobody has been prosecuted.

The Government will consult on new measures, including increased background checks for firms which move or trade waste, and beefed-up regulatory powers to tackle rogue operators. 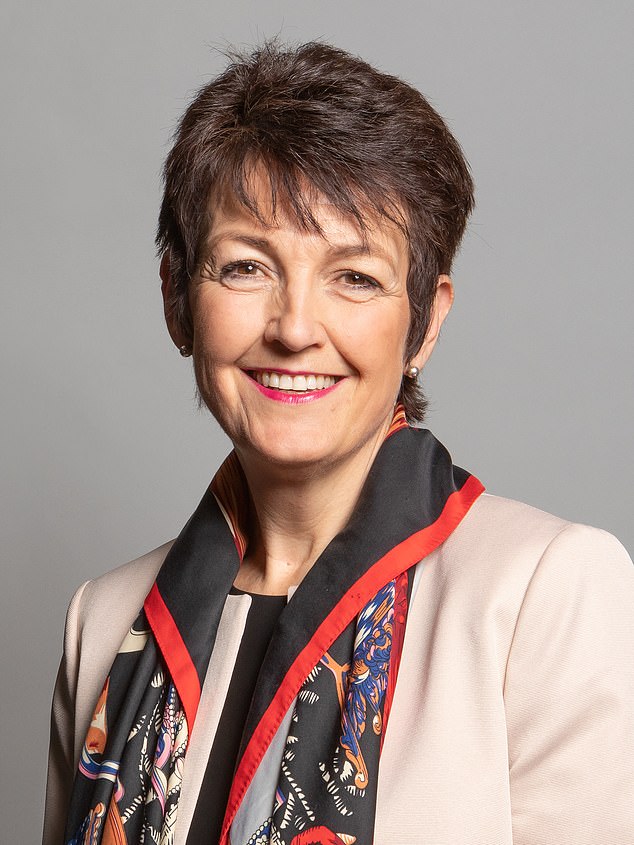 Environment Minister Jo Churchill (pictured) will outline plans today to combat waste crime after the UK was ordered to dispose of 1,500 tonnes of waste illegally dumped in Poland

Waste crime is often handled by anonymous intermediaries. Increased checks will make it harder for unregistered operators to find work in the sector.

Waste shipments will have to be tracked digitally, from the point that rubbish is produced to the stage it is disposed of, recycled and reused.

Mrs Churchill said: ‘Waste criminals show complete disregard for our communities, the environment and the taxpayer.

‘We have disrupted these rogue operators by giving extra powers to the Environment Agency, with nearly 1,000 illegal waste sites now being shut down each year, while our new Joint Unit for Waste Crime is successfully disrupting criminal gangs, for example, prosecuting fly-tippers illegally dumping hundreds of tonnes of hazardous waste across the countryside. 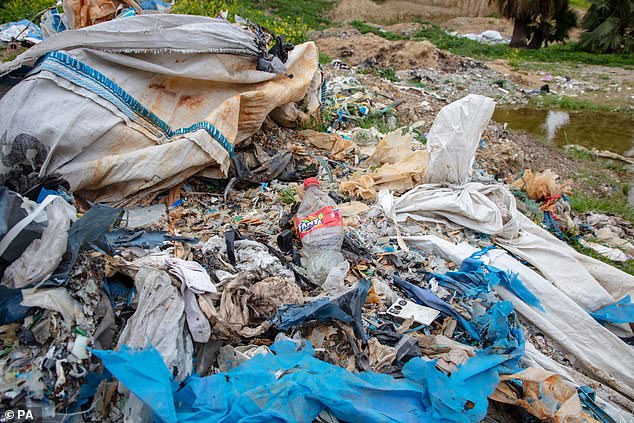 The rubbish included plastic, textiles and aluminium at five different sites from 2017-18. Polish authorities have now demanded that it be properly recycled (Pictured: Plastic waste that is dumped and burned in Adana province in Turkey. A team of investigators found plastic packaging from UK, German and global food and drinks brands and supermarkets)

‘Reforming the licensing system will clamp down on abuse of the system and new mandatory digital waste tracking will greatly improve transparency in the sector and make it easier for householders to check that their waste is being disposed of legally.’

Individuals found to be exporting incorrectly described waste can face a two-year jail term. In 2018/19, the Environment Agency prevented 12,690 tonnes of waste from being illegally exported.

A Greenpeace report last year revealed Poland was the third-biggest recipient of British plastic waste, receiving 38,000 tonnes, 7 per cent of the total exported.