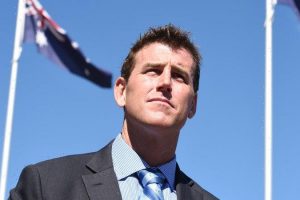 Former special forces soldier Ben Roberts-Smith has taken urgent court action against his estranged ex-wife in a bid to find out if she gave confidential information to The Age and The Sydney Morning Herald about his legal advice ahead of his defamation case against the mastheads.

The new action poses a risk of delaying the defamation trial, which is slated to start on Monday and run for up to 10 weeks.

Mr Roberts-Smith launched Federal Court proceedings on Tuesday against his former wife, Emma Roberts, who is expected to give evidence for the newspapers in the high-stakes trial. Court orders were made on that day in her absence.

Professor David Rolph, a defamation law expert at the University of Sydney, said it was “most unusual for a person suing for defamation to commence separate proceedings against a witness in the first lawsuit”.

Mr Roberts-Smith’s barrister, Arthur Moses, SC, told the Federal Court on Friday that the proceedings against Ms Roberts related to an allegation she had access to an email account her former husband used to correspond with his lawyers about the defamation case and a separate inquiry into the conduct of Australian soldiers in Afghanistan.

She was ordered on Tuesday to hand over to the Federal Court any information in her possession derived from that email account, including any copies of documents. Mr Moses said emails between Mr Roberts-Smith and his lawyers would be covered by legal professional privilege.

“Part of the urgency in this matter is if it transpires that Ms Roberts did in fact provide material that was privileged to the [media outlets] … then there are some real issues that will arise in the trial as to what use was made of that material and how it potentially has contaminated those proceedings,” Mr Moses said.

Mr Moses said that if material had been communicated to the media outlets, “either verbally or otherwise, it raises all sorts of problems in terms of illegality of material in their possession and potential unlawful conduct”.

Ms Roberts was ordered to hand over any documents to the court’s Brisbane registry, and given until next Friday to file an affidavit setting out when and how any such information was obtained by her, and to whom it had been given.

Justice Robert Bromwich asked if Mr Roberts-Smith’s legal team was “simply waiting for the affidavit before you can make a decision as to the next steps, from your client’s point of view?”

Mr Moses agreed. He said “a concern arose” after the media asked Mr Roberts-Smith to produce certain documents in the defamation proceedings, and “some of the documents … were emails or attachments to emails sent to or from the applicant’s email account and were not stored by the applicant anywhere else”.

He suggested there was a possibility “emails had also been deleted from the inbox and outbox of this email account without his consent”.

Justice Robert Bromwich said on Friday he was concerned to “ensure that none of these sorts of issues impede the smooth running of the trial, or at least no more than they need do”.

A different judge, Justice Anthony Besanko, is presiding over the defamation trial and Justice Bromwich said “we can keep Justice Besanko in a broad sense … [informed of] what’s happening just so that, again, it doesn’t affect the smooth running of the trial”.

The court heard the media outlets and their lawyers had already informed the court and Mr Roberts-Smith’s lawyers that they did not have any such material in their possession.

Mr Moses alleged documents were produced under subpoena by Ms Roberts in the defamation proceedings that were covered by legal professional privilege or would have been caught by confidentiality orders relating to the Afghanistan inquiry.

Mr Roberts-Smith, a Victoria Cross recipient, launched the defamation lawsuit in 2018 over media reports that he says accused him of murder during his 2009 to 2012 tour of Afghanistan.

He is also suing The Age and the Herald, owned by Nine, three journalists, and The Canberra Times, now under separate ownership, over an allegation of committing an act of domestic violence against a woman with whom he was having an extramarital affair. Mr Roberts-Smith denies all wrongdoing.

Ms Roberts was initially expected to be a witness for her ex-husband, and to say the couple were separated when he started a new relationship. However, Ms Roberts now says that is false and she was being pressured by Mr Roberts-Smith to lie about the affair.