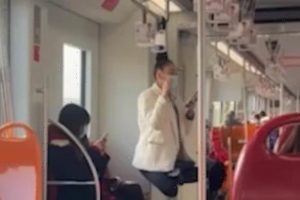 Hair raising! Russian acrobat appears to levitate as she swings by her hair from metal bar on train while perfecting new act

This is the amazing moment a woman swung by her hair on a train handrail.

Footage shows the Russian acrobat, named Darina, attached to the metal bar by her hair in Shanghai on January 21.

She was seen tapping on her phone with her legs crossed as she hung from the bar. 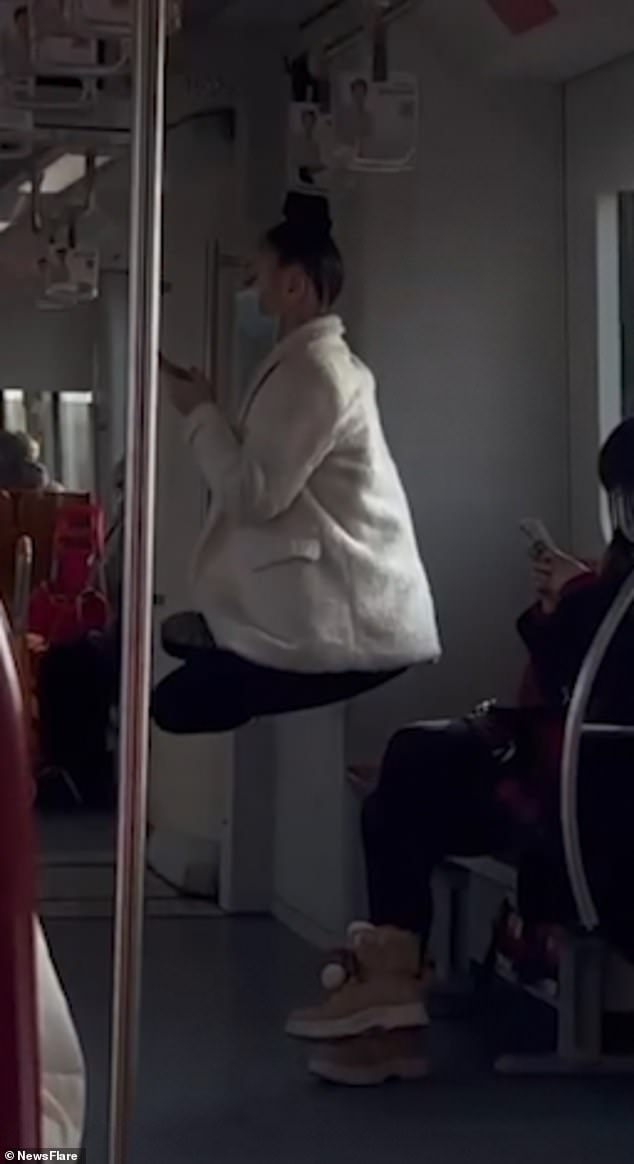 Footage shows the Russian acrobat, named Darina, attached to the metal bar by her hair in Shanghai on January 21

The performer, who is part of the Shanghai Circus, said she was practicing her act during her downtime.

She had a call from baffled Shanghai Metro managers asking her what she was doing and why she was hanging by her hair.

Darina said: ‘I have been practising this move for half a year. I want to remind everyone that it was a dangerous trick and should not be tried if untrained.’

People were left baffled by the stunt, worrying that she was going to hurt herself or her scalp.

She shared the clip on Douyin, the Chinese version of TikTok, after practicing the stunt for more than half a year.

The performer has shared similar clips on her feed recently of her hair hanging and did not expect the footage to garner so much attention.

Darina has been a circus performer since 2013 and invited people to watch her show.

Hair hanging is an aerial circus act where performers are suspended by their hair. Some people believe the act originated in South America while others believe it began in China.

They perform acrobatic poses while their hair is tied into a hair hang ring and the load of the person’s weight is evenly distributed across the scalp.

Each hair is able to hold a weight of up to 3.5oz (100g) and must be arranged properly in order to prevent accidents or injuries.

Performers often condition their hair up to five times a day and use hair vitamins in a bid to protect it and keep it strong.

The act can cause neck and shoulder pain as well as headaches and often when performers are on tour they notice a toughened area at the top of their scalp. 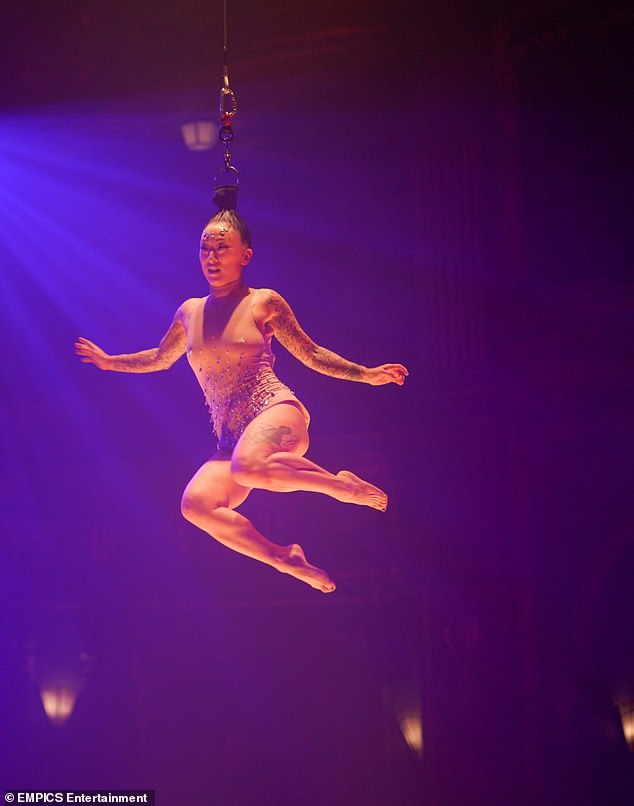