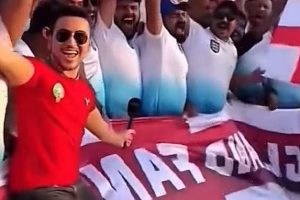 Allegations of ‘fake fans’ at the World Cup in Qatar are growing as videos emerge of identikit fans wearing shirts from different countries, after FIFA president Gianni Infantino claimed the suggestions were ‘pure racism’ in a rambling speech ahead of the tournament kicking off tomorrow.

Videos shared online show large groups of men, mostly of Indian origin, wearing the colours of national teams including England, Germany and Argentina, leading to speculation they had been ‘hired’ by Qatar to build atmosphere for the competition.

The groups of fans are kitted out in football kits and near-identical banners reading ‘England fans Qatar’ and ‘Germany fans Qatar’ along with drums and instruments not usually associated with supporters from those countries.

One video shows a presenter asking different groups of fans who will win the World Cup.

Each crowd responds with the name of their team – in English rather than the language native to each country. 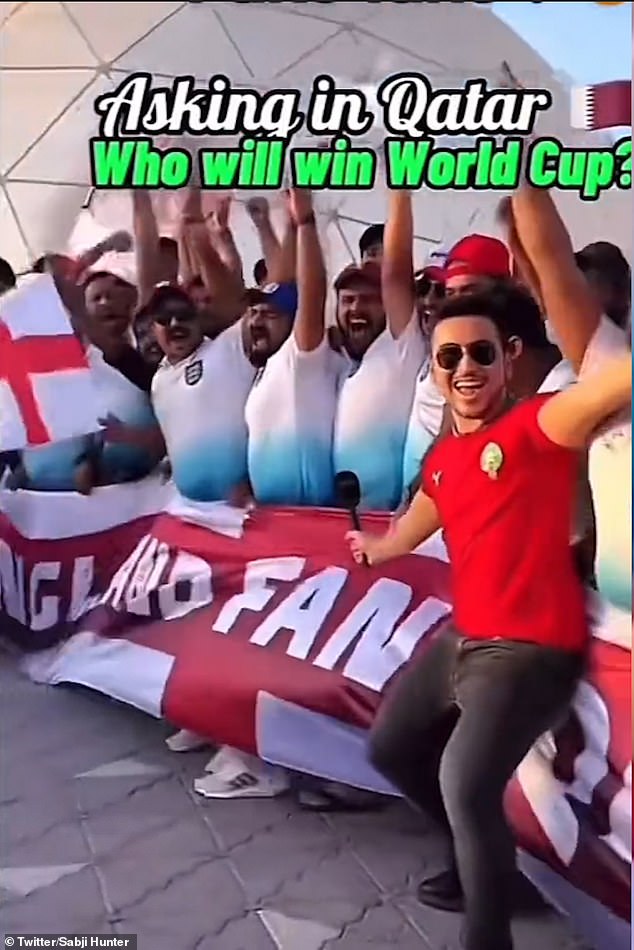 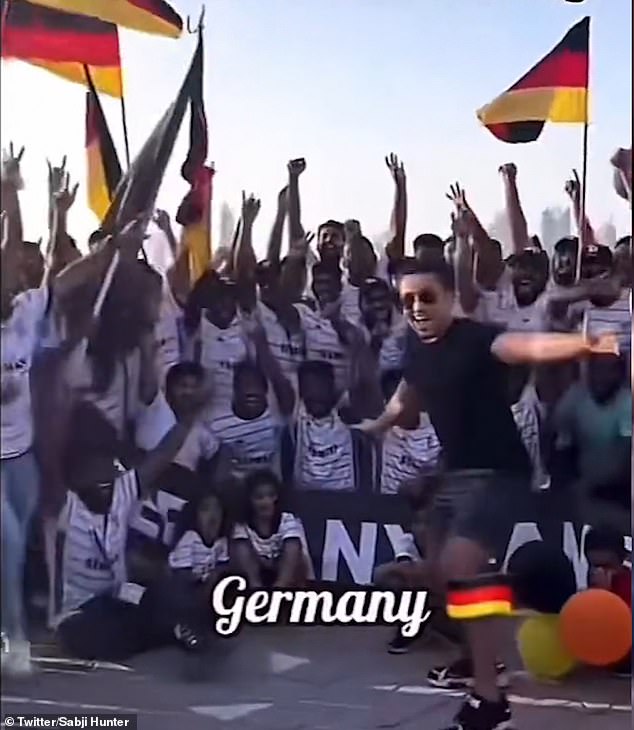 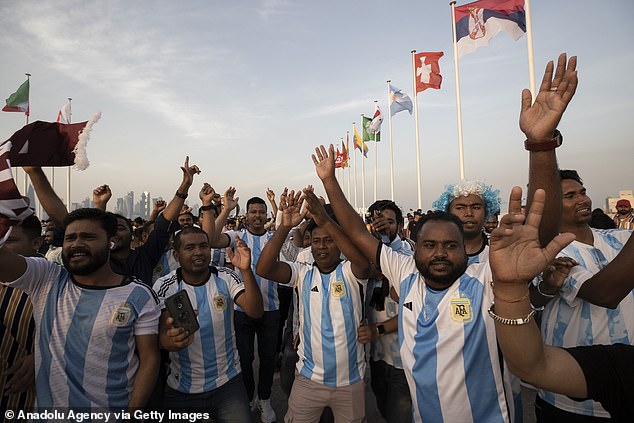 Qatar has denied claims it has paid for fake fans, arguing that football was hugely popular with its Indian community 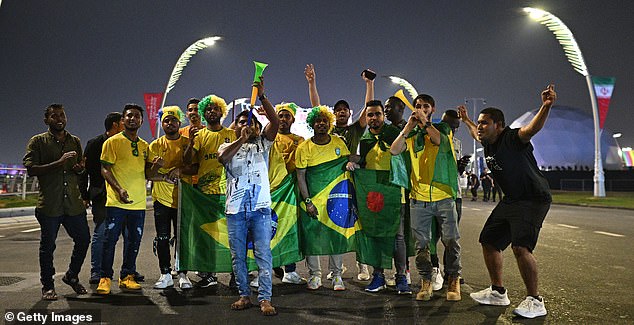 Fans from across the world are arriving in Qatar ahead of the first match on Sunday, but some have suggested many are ‘fake’

Most of the banners held by the fans are also written in English.

The content shared online has led to many speculating the fans were being paid by authorities to make up the numbers for their controversial tournament, something Qatar strongly denies.

The Qatari government claims the large Indian population in the country are real foootball fans who back various national teams from around the world.

Gianni Infantino dismissed suggestions that the fans were fake as racist in a press conference today where he defended the Qatari regime and accused Europeans of double standards. 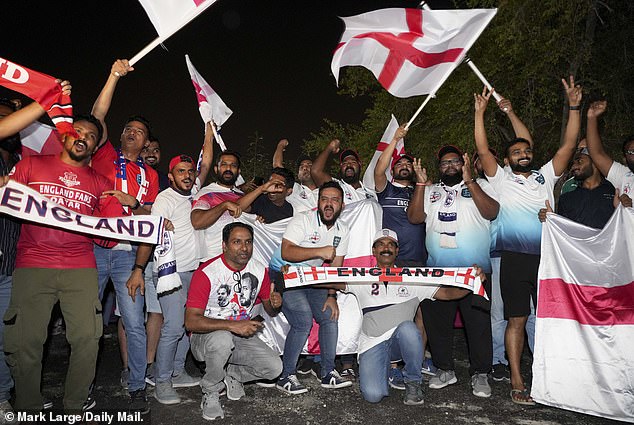 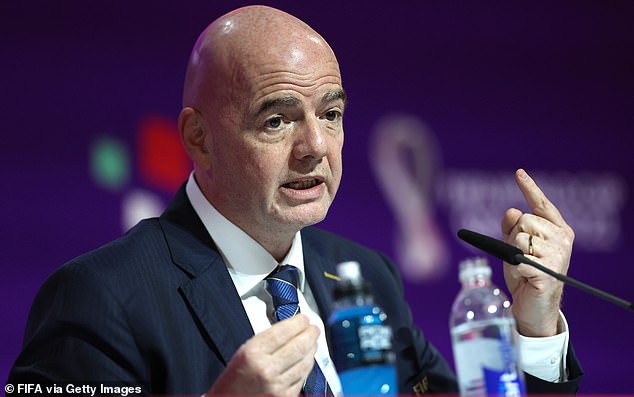 In an extraordinary hour-long speech, the FIFA president said: ‘I am reading that these people don’t look English so they can’t cheer for England, they look like Indians. What is that? Can someone who looks Indian not cheer for England, Spain or Germany?

‘You know what it is? It is racist, pure racist.’

He also said: ‘I think for what we Europeans have been doing the last 3,000 years we should be apologising for next 3,000 years before starting to give moral lessons to people.

‘Of course I am not Qatari, I am not an Arab, I am not African, I am not gay, I am not disabled. But I feel like it, because I know what it means to be discriminated, to be bullied, as a foreigner in a foreign country. As a child I was bullied – because I had red hair and freckles, plus I was Italian so imagine.

‘What do you do then? You try to engage, make friends. Don’t start accusing, fighting, insulting, you start engaging. And this is what we should be doing.’

World Cup CEO Nasser Al Khater claimed football was hugely popular with Indians in Qatar and rejected the idea any fans were fake.

He said: ‘We have a lot of genuine supporters in Qatar that are from the south of India that love football and they are genuine fans.

‘They are true fans of football.’