Home » World News » Students in Massachusetts will be getting new bus drivers: US military personnel

Students in Massachusetts will be getting new bus drivers: US military personnel 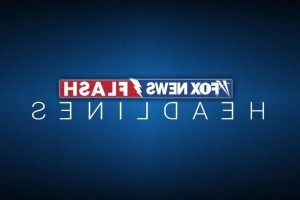 Massachusetts Gov. Charlie Baker activated the National Guard on Monday to help transport students in several cities across the state to school amid a widespread bus driver shortage plaguing the return to in-person instruction.

The governor’s order makes up to 250 Massachusetts National Guard personnel available, and 90 of those Guard members will begin training on Tuesday to serve as drivers of school transport vans known as 7D vehicles to address staffing shortages in district including Chelsea, Lawrence, Lowell, and Lynn. 7D vehicles are smaller pupil transport vans that can hold a maximum of 11 people, including the driver under Massachusetts Registry of Motor Vehicles regulations in effect since July 1, 2020.

Baker, a Republican, said Boston Public Schools is among those communities which “weren’t interested” in accepting help from troops at this time, but “left the door open to pursue it at some point later on,” The Lowell Sun reported. In announcing the order Monday, the governor tweeted, “The safe and reliable transportation to school each day is critical to our children’s safety and education.”

“We’ve had conversations with a lot of our colleagues in municipal government about the issue associated with drivers, but people were not really sure where it was all going to land,” Baker said at the State House on Monday, according to the Boston Herald. “Once it became pretty clear that there were going to be some communities that would be shorthanded … we started talking to the Guard.”

Massachusetts’ Executive Office of Public Safety and Security said all activated Guard personnel will complete vehicle training “to ensure the safety of children and families,” and that “drivers will meet all statutory requirements for 7D drivers.”

“Throughout the mission, the Guard will comply with all health and safety measures,” the statement continued. “The mission will not interfere with the Massachusetts National Guard’s ability to respond to and assist in emergencies within the Commonwealth.”

The Massachusetts National Guard “trains regularly with military, law enforcement, and civilian agencies to provide a broad spectrum of services in support of security, logistics, disaster relief, and other missions,” the office said. “The Guard has a proven track record of success supporting civilian authorities. Their frequent side-by-side training with state and local first responders makes them well-suited for a variety of missions.”

In Boston, the first day of school was postponed last week amid bus driver shortages, despite acting Mayor Kim Janey assuring parents that school transportation would be unaffected.

Thursday’s on-time rate for students arriving to school sat at just 57% — but the district insisted that was better than the five-year average for the first day of school, the Herald reported.

This comes as voters are headed to the polls Tuesday to vote in Boston’s preliminary mayoral elections, and some candidates, including City Councilor Andrea Campbell, voiced concerns about kids being stranded on the sidewalks waiting for their buses at the beginning of the school year.

Boston’s school district is responsible for transporting about 25,000 students, requiring between 690 and 720 drivers. Boston school bus drivers’ union, United Steelworkers Local 8751, has described routing issues for buses as “the worst fiasco we’ve witnessed in our careers.” In a statement last week, the union said this “transportation chaos is happening in the context of an historic pandemic.”

The issue of school bus driver shortages extends outside Massachusetts and across the nation, complicating the start of a school year already besieged by the highly contagious delta variant of COVID-19, contentious disagreement over masking requirements, and the challenge of catching up on educational ground lost as the pandemic raged last year. Parents at school board meetings across the country have also gone viral for voicing opposition to critical race theory based instruction in public schools a year after protests and riots swept the nation after the death of George Floyd.