Home » World News » ‘This has never been seen before’: Common illnesses wiped out in fight against COVID-19

‘This has never been seen before’: Common illnesses wiped out in fight against COVID-19

Cases of common illnesses have hit record lows as hygiene measures used to stop the spread of COVID-19 have put the brakes on the transmission of many childhood viruses and diseases.

Only 110 cases of stomach flu, or rotavirus, have been recorded up to May this year. More than triple that was recorded in the same period in 2019. Cases of measles have been wiped out in NSW, with none recorded after the pandemic hit in March 2020. 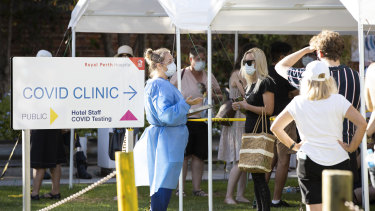 As few as three cases of whooping cough were recorded in NSW last month, compared to 565 in May of 2019.Credit:Getty

Professor of infectious diseases at the Australian National University Peter Collignon said closing international borders, hand washing, social distancing and other health protocols have interrupted the transmission of many other illnesses, not just COVID-19.

“This has never been seen before. I think many infections are being imported from overseas in large numbers every year and we’ve really decreased movement of people in and out of countries, which has made a huge difference in disease spread.”

“We are intermingling with fewer people and that has protected us against many other infections spread by the respiratory route,” Professor Collignon said. “Adults may play a much bigger role than we realise, by adults keeping their distance we’ve stopped many illnesses spreading.”

The most striking fall has been in cases of influenza. There have been only 30 cases recorded in the state up to May this year, compared to 41,669 for the same period in 2019.

Cases of measles have been obliterated in NSW up to May this year, and no cases recorded after the pandemic hit in March 2020. There were 62 cases of measles in 2019. Chickenpox has bounced back, but at only about half the numbers reported in 2019.

Professor Collignon said factors such as the role of local and imported spread need to be examined to better understand trends and warned that increased complacency could lead to a rebound in illness. 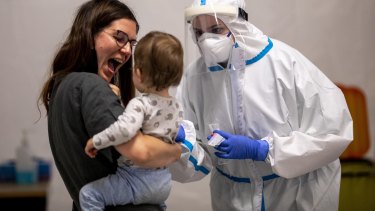 Only 110 cases of stomach flu, or rotavirus, have been recorded up to May this year. More than triple that were recorded in the same period in 2019. Credit:Getty

“Hygiene and cough etiquette go a long way to reducing transmission and vigilance in keeping kids home when sick.”

He said the 18 month booster of the whooping cough vaccine may have also curbed cases of the bacterial infection.

Dr Bartlett said, while the dramatic drop in influenza was the most striking, common illnesses like RSV have local transmission networks well established.

“The lack of international travel has really had a big impact on flu spread. RSV is more endemic,” he said.

Stay across the most crucial developments related to the pandemic with the Coronavirus Update. Sign up to receive the weekly newsletter.