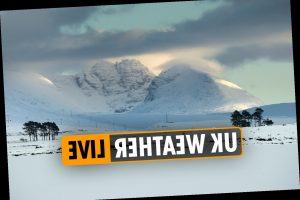 THE dreaded 'Beast from the East' is forecast to hit the UK today bringing widespread snow.

The Met Office issued snow and ice warnings for much of the country as the brutal weather front moved in to batter Britain with sub-zero weather.

Parts of the North are due to see even more snow starting Wednesday, the Met Office said last night with the the UK in the Beast's icy grip for much if this week.