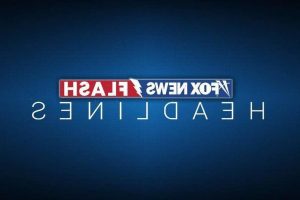 A Utah security officer has been hailed as a hero for stopping an attack on a deputy.

The June 15 incident was caught on security camera as a routine shoplifting incident quickly turned violent.

The suspect, Marquise Franklin, is seen on the video going into a back room and allegedly starting to stuff items into a bag or backpack when several employees try to get him to leave. He refused, Fox 13 Now reported.

A deputy arrived shortly after to try and escort Franklin, but instead the suspect was able to get the upper hand after a brief fight and pinned the deputy to the ground.

A loss prevention officer then jumped into the fight and forced Franklin off the deputy, giving the deputy a chance to get free and call for backup.

Investigators say Franklin was able to hold off two other deputies when they arrived, thanks to some apparent fighting or martial arts experience and a Taser he allegedly wrestled off the deputy.

“First and foremost the officer credits him for saving his life,” said United Police Department Sgt. Melody Cutler. “Had he not jumped in, really bad things potentially could have happened, the officer could’ve lost his life or in this case an eye as his eye was being gouged out. There are a lot of things that could’ve happened.”