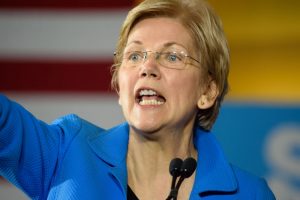 Massachusetts’ democratic senator Elizabeth Warren is the latest politician to express her disapproval and distrust for cryptocurrency exchanges. In a recent letter, she asked the Securities and Exchange Commission (SEC) to examine the prospects surrounding crypto exchanges and do an analysis regarding the harm and risks they potentially pose to consumers.

Crypto exchanges have often taken guff for their lack of security. In the past, large trading platforms such as Mt. Gox and Coincheck – both stationed in Japan – have been at the center of massive financial fraud and theft, and many of these incidents have led to organizations such as the Financial Services Agency (FSA) in Japan getting involved in crypto regulation.

Even larger, more prominent exchanges such as Binance have been at the center of such controversies, with the platform having fallen victim to a $40 million hack in mid-2019.

Either way, the SEC – at the time of writing – does not hold any jurisdiction over crypto exchanges, and Warren’s request raises some serious questions such as what potentially restrictive regulations may be in store for crypto in the coming future. In her letter to the agency, Warren wrote:

While demand for cryptocurrencies and the use of cryptocurrency exchanges have skyrocketed, the lack of common-sense regulations has left ordinary investors at the mercy of manipulators and fraudsters. These regulatory gaps endanger consumers and investors and undermine the safety of our financial markets. The SEC must use its full authority to address these risks, and Congress must also step up to close these regulatory gaps and ensure that every investor has access to a safe cryptocurrency marketplace.

Warren was one of several democratic hopefuls in last year’s presidential race, though her campaign failed to take on any serious form with potential voters. Warren repeatedly held positions behind former vice president Joe Biden and Vermont Senator Bernie Sanders before finally suspending her push for the White House in early 2020.

Her letter to the SEC continued with:

These regulatory gaps also extend to the way that cryptocurrency exchanges hold an individual’s crypto assets, which would not be allowed on a traditional exchange. The harms to consumers due to this under regulated market are real and continue to proliferate in the absence of effective SEC regulations.

Too Many Scary Events at Once

Several leading lawmakers have called for tighter and stricter crypto regulations given that incidents such as the Colonial Pipeline have become more prominent over the past few months.

The Pipeline was allegedly shut down after a hacking group encrypted its data. The organization then requested several million dollars in BTC in exchange for the release of the information, though things took an unexpected turn after the Federal Bureau of Investigation (FBI) managed to intercede.